Yes another "Tuesday" Release of Monday Music.
I hope everybody celebrated and honored those on Memorial day.  Better bloggers than I said what was necessary and proper to honor those who paid the ultimate sacrifice.   I remembered a line I had read somewhere: 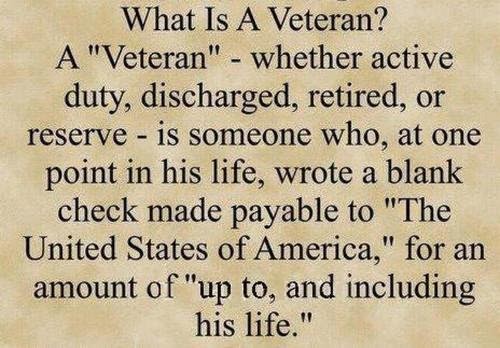 Well those people's check got cashed.     We honor them. 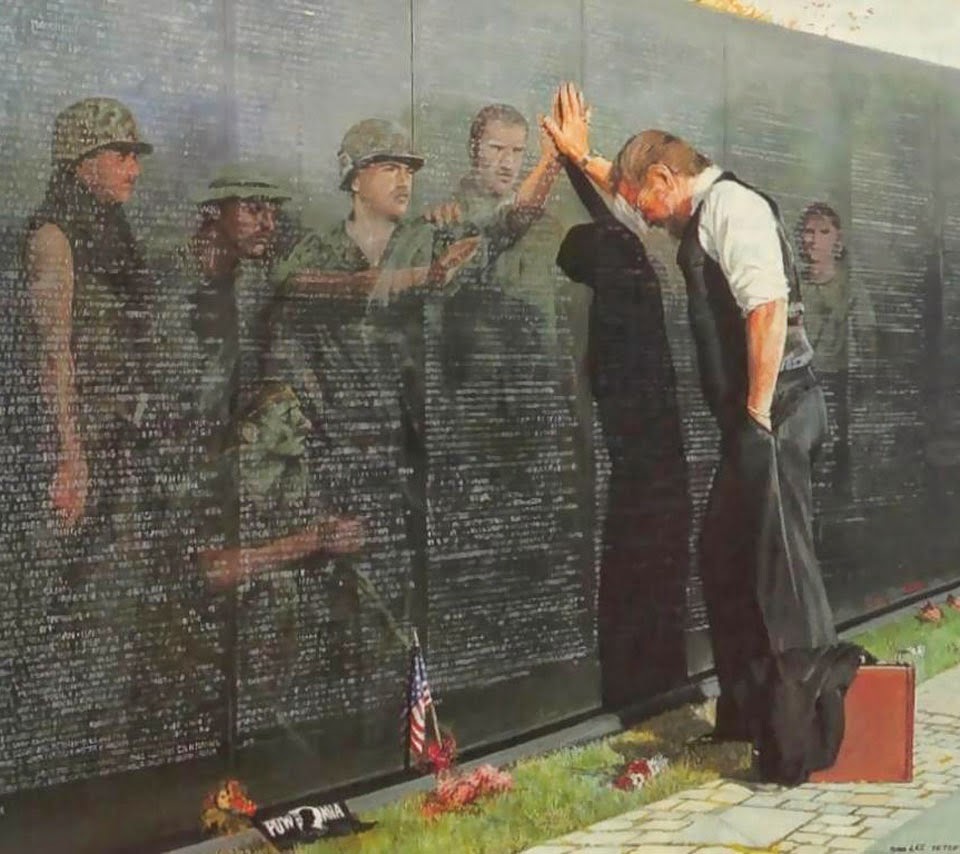 Now to My "Monday Music"...on a Tuesday.....
I remembered this song and it ain't my favorite Rolling Stones song, "Paint it black" has that distinction,   One of the things I liked about this song is the historical mentions in the song from "the time for a change in St Petersburg and held a generals rank when the blitzkreig raged." 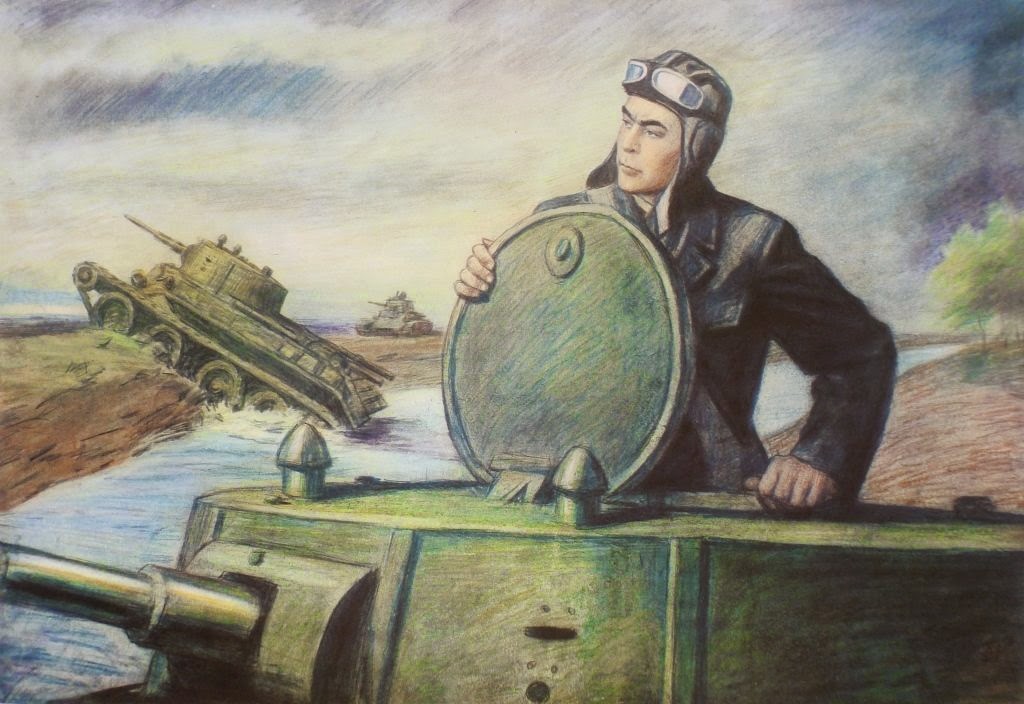 Looks Like Leonid Brezhnev.....Don't it.......
"Sympathy for the Devil" was written by Mick Jagger and Keith Richards, though the song was largely a Jagger composition. The working title of the song was "The Devil Is My Name", and it is sung by Jagger as a first-person narrative from the point of view of Lucifer.
In the 2012 BBC documentary Crossfire Hurricane, Jagger stated that his influence for the song came from Baudelaire and from the Russian author Mikhail Bulgakov's novel The Master and Margarita (which had just appeared in English translation in 1967). The book was given to him by Marianne Faithfull.
In a 1995 interview with Rolling Stone, Jagger said, "I think that was taken from an old idea of Baudelaire's, I think, but I could be wrong. Sometimes when I look at my Baudelaire books, I can't see it in there. But it was an idea I got from French writing. And I just took a couple of lines and expanded on it. I wrote it as sort of like a Bob Dylan song." It was Richards who suggested changing the tempo and using additional percussion, turning the folk song into a samba.
Backed by an intensifying rock arrangement, the narrator, with narcissistic relish, recounts his exploits over the course of human history and warns the listener: "If you meet me, have some courtesy, have some sympathy, and some taste; use all your well-learned politesse, or I'll lay your soul to waste." Jagger stated in the Rolling Stone interview: "... it's a very long historical figure — the figures of evil and figures of good — so it is a tremendously long trail he's made as personified in this piece."
At the time of the release of Beggars Banquet the Rolling Stones had already raised some hackles for sexually forward lyrics such as "Let's Spend the Night Together" and for allegedly dabbling in Satanism(their previous album, while containing no direct Satanic references, had been titled Their Satanic Majesties Request), and "Sympathy" brought these concerns to the fore, provoking media rumours and fears among some religious groups that the Stones were devil-worshippers and a corrupting influence on youth.
The lyrics focus on atrocities in the history of mankind from Lucifer's point of view, including the trial and death of Jesus Christ ("Made damn sure that Pilate washed his hands and sealed his fate"), European wars of religion ("I watched with glee while your kings and queens fought for ten decades for the Gods they made"), the violence of the Russian Revolution of 1917 and the 1918 massacre of the Romanov family ("I stuck around St. Petersburg when I saw it was a time for a change/Killed the Tsar and his ministers/Anastasia screamed in vain"), and World War II ("I rode a tank, held a general's rank when the blitzkrieg raged, and the bodies stank"). The song was originally written with the line "I shouted out 'Who killed Kennedy?'" After Robert F. Kennedy's death on 6 June 1968, the line was changed to "I shouted out 'Who killed the Kennedys?'"
Jagger sings the final lines of the coda, before the fade, in a high falsetto.
The song may have been spared further controversy when the first single from the album, Street Fighting Man, became even more controversial in view of the race riots and student protests occurring in many cities in Europe and in the United States. 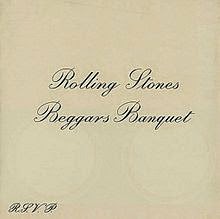 The recording of "Sympathy for the Devil" began at London's Olympic Sound Studios on 4 June 1968 and continued into the next day; overdubs were done on 8, 9 and 10 June. Personnel included on the recording include Nicky Hopkins on piano, Rocky Dijon on congas and Bill Wyman on maracas.
It is often mentioned that Marianne Faithfull, Anita Pallenberg, Brian Jones, Charlie Watts, producer Jimmy Miller, Wyman and Richards performed backup vocals, singing the "woo woos", repeatedly, as this can be seen in the film Sympathy for the Devil (see below) by Jean-Luc Godard. Richards plays bass on the original recording, and also the song's electric-guitar solo. Jones is seen playing an acoustic guitar in the film, but it is not audible in the finished mix.
In the 2003 book According to the Rolling Stones, Watts said: "'Sympathy' was one of those sort of songs where we tried everything. The first time I ever heard the song was when Mick was playing it at the front door of a house I lived in in Sussex... He played it entirely on his own... and it was fantastic. We had a go at loads of different ways of playing it; in the end I just played a jazz Latin feel in the style of Kenny Clarke would have played on 'A Night in Tunisia' – not the actual rhythm he played, but the same styling."
On the overall power of the song, Jagger continued in Rolling Stone: "It has a very hypnotic groove, a samba, which has a tremendous hypnotic power, rather like good dance music. It doesn't speed up or slow down. It keeps this constant groove. Plus, the actual samba rhythm is a great one to sing on, but it is also got some other suggestions in it, an undercurrent of being primitive—because it is a primitive African, South American, Afro-whatever-you-call-that rhythm (candomblé). So to white people, it has a very sinister thing about it. But forgetting the cultural colors, it is a very good vehicle for producing a powerful piece. It becomes less pretentious because it is a very unpretentious groove. If it had been done as a ballad, it wouldn't have been as good."


In an interview with Creem, Jagger said, "[When people started taking us as devil worshippers], I thought it was a really odd thing, because it was only one song, after all. It wasn't like it was a whole album, with lots of occult signs on the back. People seemed to embrace the image so readily, [and] it has carried all the way over into heavy metal bands today."
Of the change in public perception the band experienced after the song's release, Richards said in a 1971 interview with Rolling Stone, "Before, we were just innocent kids out for a good time, they're saying, 'They're evil, they're evil.' Oh, I'm evil, really? So that makes you start thinking about evil... What is evil? Half of it, I don't know how much people think of Mick as the devil or as just a good rock performer or what? There are black magicians who think we are acting as unknown agents of Lucifer and others who think we are Lucifer. Everybody's Lucifer."
Contrary to a widespread misconception, it was "Under My Thumb" and not "Sympathy for the Devil" that the Rolling Stones were performing when Meredith Hunter was killed at the Altamont Free Concert. Rolling Stone magazine's early articles on the incident misreported that the killing took place during "Sympathy for the Devil", but the Stones in fact played "Sympathy for the Devil" earlier in the concert; it was interrupted by a fight and restarted, Jagger commenting, "We're always having—something very funny happens when we start that number." Several other songs were performed before Hunter was killed.
After being omitted from the Stones' 1972/73 tours, "Sympathy for the Devil" was played occasionally as the encore in 1975/76, and has been performed regularly on all of their tours since 1989. Concert renditions have been released on the albums The Rolling Stones Rock and Roll Circus, Get Yer Ya-Ya's Out!, Love You Live, Flashpoint, and Shine a Light.
Sympathy for the Devil is also the title of a producer's edit of a 1968 film by Jean-Luc Godard whose own original version is called One Plus One. The film, a depiction of the late 1960s American counterculture, also featured the Rolling Stones in the process of recording the song in the studio. On the filming, Jagger said in Rolling Stone: "... [it was] very fortuitous, because Godard wanted to do a film of us in the studio. I mean, it would never happen now, to get someone as interesting as Godard. And stuffy. We just happened to be recording that song. We could have been recording 'My Obsession.' But it was 'Sympathy for the Devil', and it became the track that we used. 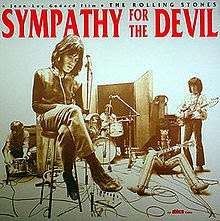 Posted by MrGarabaldi at 9:03 AM