And the rage...for whatever cause you expouse starts at Fergeson


Well the Grand Jury released its finding of "No Bill" against the officer Darren Wilson for shooting Michael Brown in self defense....so after 3 months of preparation for the jury...and this is the end results: 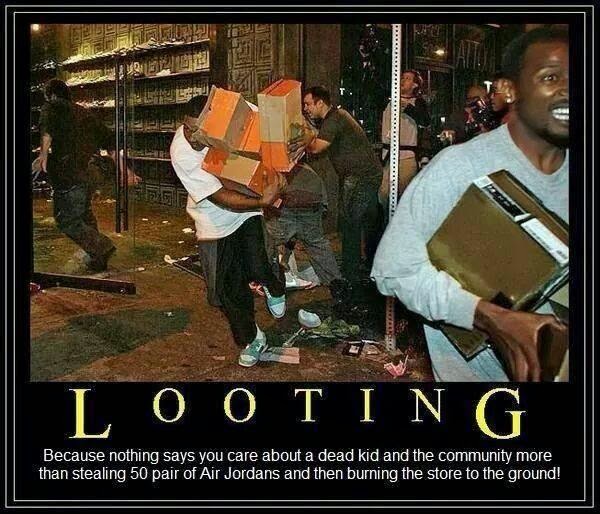 I heard that the LSM, propaganda arm of the Democrats, and of the regime Prime time media cut off the District Attorney explaining how the evidence was collected, and the results where it showed what happened versus what the perception was.  They cut him off after the verdict.  I was listening to the news radio station WSB Radio 95.5 FM and AM750 and they played the entirety of the District Attorney statement and even played the reporters asking him questions.   Kudo's to them for that
Now we have all these various groups that have adopted the Michael Brown shooting as latest cause to support their agenda, we have the Occupy crowd down there, the various race hustlers, the communist party, the environmental groups, the LGBT groups and any body else that has an axe to grind against the system.  I have been telling people at work that it will get worse on Friday and Saturday.  They ask me "Why?"   I reply that the people stirring all the crap up are anti-capitalist and black Friday is a big shopping day, I can see them causing a disturbance to "represent"their cause. 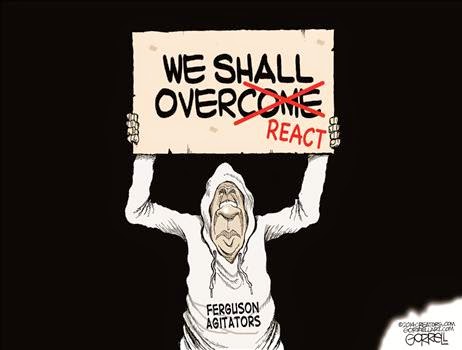 We will be out of town on Thanksgiving and returning Friday evening and we will not be going through Atlanta but around it.  We will make a point of avoiding all major cities, something about being stuck on an interstate that is closed due to a "disturbance by Minority Urban Youths" gives me the heebee jeebee's.  I also will be carrying more firepower than normal.  I would by far rather have the weapons and not need it than wish I had it if the situation requires.
On a different note, I do feel for Officer Wilson, even though he was cleared of all wrong doing, he will undoubtedly have to face the racial bias of the Department of Justice, and of course all the civil lawsuits.  This is why I am glad that I am not a police officer, I always wanted to be one, it is fascinating work and that kind of job does appeal to my nature.  But being a minority policeman in a majority town has its own set of problems.  If I was officer Wilson, I would drop off the face of the planet....Yes it sucks...but that is the life in Obama's America.  he will be hunted down by every liberal group and some of them will try to "extract social Justice" from him.   I would avoid all contacts with the media...they ain't his friend and will try to look for ways to make him look foolish or worse.
It will be interesting to see how things play out.
Posted by MrGarabaldi at 7:42 AM