Before I start on my Monday Music, I completed my NRA instructor course for Rifle and Shotgun, the course was over 3 days, from Friday, Saturday and Sunday.  This was necessary for me to instruct scouts higher then cub scouts.  I have been running BB ranges for the cub scouts for 6 years, my son is a Boy Scout now and I needed to step up to the higher level.  They are offering a pistol course in early December down in Florida.  I will try to take that course...but no guarantees..depends on schedule.  You know that Christmas is coming and the dance card is filling up fast.
I decided to go back in to the murky past for this song.  I wanted to do it earlier, but was unable to find any material on it.  But I found some this time.  This song my Dad used to play all the time, and I would hear it on his "Reel to Reel" tape player. 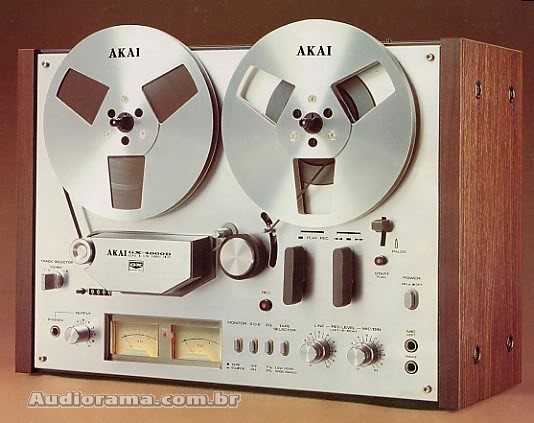 His was either a "Sony" or a "Sanyo".  I recall him telling me that he picked it up at the PX in Saigon.  The sound quality was really good, Nothing from digital media, but there is something about an old fashioned Reel to Reel.    He played this song and others a lot, I inherited some of my music taste from my Dad.  This song struck a chord with the Vietnam War generation, and the later Veterans who have heard this song.  The words can change a bit, but the emotions are the same.
"Ruby, Don't Take Your Love to Town" is a song written by Mel Tillis about a paralyzed veteran of a "crazy Asian war" (given the time of its release, widely assumed but never explicitly stated to be the Vietnam War) who lies helplessly in bed as his wife "paints [herself] up" to go out for the evening without him; he believes she is going in search of a lover, and as he hears the door slam behind her, he pleads for her to reconsider. The song was made famous by Kenny Rogers and the First Edition in 1969. "Ruby" was originally recorded in 1967 by Johnny Darrell, who scored a number nine country hit with it that year. 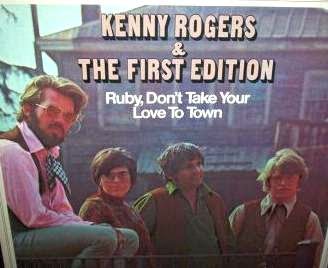 In 1969, after Kenny Rogers and the First Edition's success with the hits "Just Dropped In (To See What Condition My Condition Was In)" and "But You Know I Love You", Rogers wanted to take his group more into a country music direction. They recorded their version of the song (with Rogers singing the lead) in one take. The record was a major hit for them. It made #1 in the UK on the New Musical Express (#2 on the BBC chart) staying in the top twenty for 15 weeks and selling over a million copies by the end of 1970. In the United States it reached number six on the Hot 100 and number thirty-nine on the country chart and also sold more than 1 million copies by 1979. Worldwide, the single sold more than 7 million copies.
In 1977, now a solo act following the First Edition's split in early-1976, Rogers made re-recordings of this and a number of other First Edition hits for his 1977 greatest hits package Ten Years Of Gold (later issued in the British Isles as The Kenny Rogers Singles Album), which topped the US country charts and was just as successful in the United Kingdom.
An answer song to "Ruby," entitled "Billy, I've Got To Go To Town," was released in 1969 by Geraldine Stevens who had previously recorded successfully under the name Dodie Stevens. Sung to the same melody with an arrangement quite similar to the First Edition version, "Billy" peaked at #117 pop, #57 country. In Stevens' song, Ruby affirms her love for her disabled husband ("Billy" in her song; in "Ruby," he is not named) and pleads in turn for her man to have faith in her fidelity and her commitment to him, even in his crippled condition

A music video consisting solely of a camera panning back and forth in a bedroom was shown at the end of a Huntley-Brinkley Report during 1969. Chet Huntley set up the video by linking it to the controversial Vietnam War and the sacrifices by U.S. servicemen and their families. Chet Huntley and David Brinkley paused after the video and then signed off in their usual fashion.   I was unable to locate the video despite searching "Youtube" and other web sites.

Posted by MrGarabaldi at 5:23 PM