*Unrelated issue...... To anybody that web surfs...I have noticed a lot of redirects when I check other sites, I get diverted to different site .  They show ads from the Ad council and they range from adopting a kid  to "check your Bias".  I have noticed this on several sites that I frequent.  I have tried to do a "screen capture" to save a couple, but so far unsuccessful.  Has anybody else have this issue?


I am now listening to the 1st tier debates, the candidates are
The Donald
The Cruz
The Dr.
Senator Rubio
Kasich
Paul
The Establishment favorite Jeb
Carly
Chris Christie 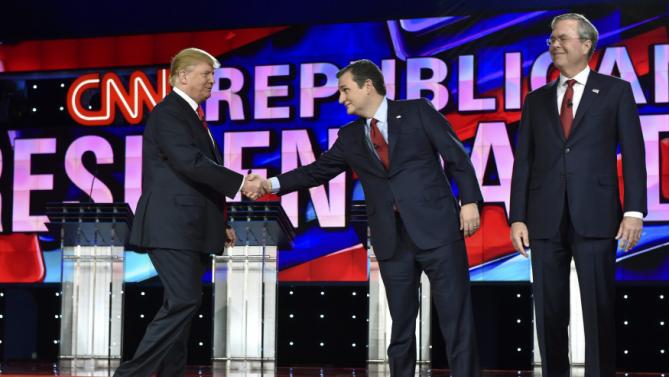 I have several impressions...First off...there was a vocal Paul contingent there, they were noisy and I did like what he said about following the constitution...but the national polls don't reflect the cheering I heard.
The Donald was vague on his answers, and he and Jeb sparred a lot.  Jeb being the establishment candidate is trying to revitalize his campaign with a 3% favorability despite spending a lot of money.
The Donald did reaffirm that he will stay with the party even if he don't get elected as the nominee.   The Establishment and their hacks in the media have been pushing the narrative that if Donald don't get the GOP nod, he will run as an independent thereby splitting the vote 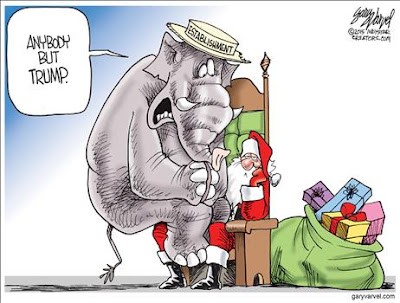 Like what Ross Perot did in 1992 and guarenteed Bill (I didn't inhale) Clinton the presidency.

There were sparks between Rubio and Cruz, I get the feeling that the Rubio people dispise the Cruz people, Cruz is viewed as an outsider and Rubio was an establishment candidate, Rubio support of the gang of 8 on immigration was mentioned and Rubio tried to deflect it when he was asked if he would try such a thing again.  His response was this wouldn't work now..The American people don't trust the government to follow the law.  We gotta fix that first before we can try again."
Cruz did a good job when the panelist tried to pin him on deporting the illegals here, he replied "We will follow the law, We either have a border like every other country in the world...or we don't."
Chris Christie did a good job using the plain english that made him popular commented after Rubio and Cruz were in the weeds debating a nuance in a bill, "This is to all the people back home, your eyes glaze over during this?  This is what it is like in a senate hearing.."
Dr Carson did well but he wasn't asked a lot of questions except one that stood out "Could you as Commander in Chief order a strike against ISIS in a civilian population killing hundreds of people?  Do you have the experience to be a commander in chief?.  The resulting booing was loud from the audience, it was perceived as a *Gotcha* question.
Carly Fiorina didn't get a lot of time to answer questions, she was almost totally excluded from the questions, I would have liked to have seen more.
Kasich was touting his experience as Governer of Ohio, he did mention that if we don't get the economy going, all the people wanting to rebuild the military can't do it.  He mentioned that we would love to get the 4 billion dollars back from the war and use it in our infrastructure.
I would have loved to have more time with more variety of information.

Posted by MrGarabaldi at 6:23 AM

Email ThisBlogThis!Share to TwitterShare to FacebookShare to Pinterest
Labels: 2016, Debates