Monday Music "Rolling in the Deep" By Adele

I intentially waited on posting my Monday Music until today....Normally when I post it on Tuesday it is because I was OBE (Overcome By Events)...from work, scouts or stuff at home ....Technical issues....Grrrr but I digress.

But Yesterday I could have posted it but Yesterday was December 7 and was 74 years earlier that we were forced into WWII by the Japanese.  I hold December 7 in Reverence for the sacrifice and what that day meant for the American Nation, I feel the same way about 9/11/01.  It changed America fundamentally.

I had wanted to do this song last week when I had major technical issues....still unresolved with Blogger.  I am contemplating a move to Wordpress but I have a lot of material on Blogger and hope I can get the issues fixed since I ain't gonna have the time to push a move unless forced.

Well back to my Monday Music I am doing a total changeup...for this week only.  Normally I post music from the 80's Which I personally consider my favorite decade, the 70's usually from my rock favorites from when I was a young kid listening to the superbands on AFN, and some music from the 90's that I like.  This is the first time I am using music from this century.  I as a whole consider the present genre of music that is commercially released to be crap.  I don't listen to it.  When I see what the talent that was coming out of Motown and other places with Rock and Soul with some R&B in the from the last half of the last century that was awesome in its breath of talent and display to the garbage that is listened to now...I am not impressed and I am not a music snob...far from it...I like a wide range of music from country to disco to R&B to soul and of course my 80's music:)  I see what is coming out today as lacking in substance, to me music tells a story and also I like it as background for it surrounds me when I am working or doing something and it makes it more pleasent.
I decided to go with this song because I heard it for the first time at six flags at the water park a few years ago and the song was catchy, but I ignored it but heard it a few more times here and there usually at places where they pipe in music like stores and other places.  I heard it a few more times and the more I heard it, I liked it it showed depth and range and it actually didn't sound vapid and canned like a lot of what I call "current music".    A couple of years later I heard a couple of my black scouts singing it and they were doing a good job with it at cub day camp.  I finally heard the song playing somewhere a couple of weeks ago and I pulled out my "Shazam" app on my phone and it told me who the artist was. 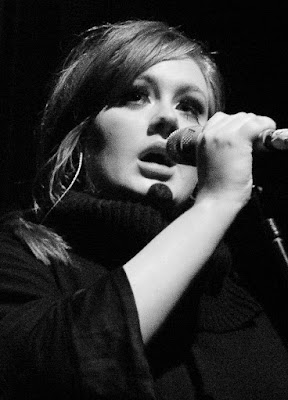 "Rolling in the Deep" is a song recorded by British recording artist Adele for her second studio album, 21. The song was written by Adele and Paul Epworth. The singer herself describes it as a "dark blues-y gospel disco tune". The largest crossover hit in the United States from the past 25 years, "Rolling in the Deep" gained radio airplay from many different radio formats. It was first released on 29 November 2010 as the lead single from 21 in digital download format. The lyrics describe the emotions of a scorned lover.
"Rolling in the Deep" was acclaimed by music critics and represented a commercial breakthrough for Adele, propelling her to international success. The song reached number one in 11 countries and the top five in many more regions. It was Adele's first number-one song in the United States, reaching the top spot on many Billboard charts, including the Billboard Hot 100 where it was number one for seven weeks. By February 2012, "Rolling in the Deep" had sold over 7.6 million copies in the United States, making it the highest-selling digital song by a female artist in the US, the second-best-selling digital song in the US and Adele's best-selling single outside her native country, topping her previous best-selling "Chasing Pavements". Worldwide, it was the fifth-best-selling digital single of 2011 with sales of 8.2 million copies, later going on to sell over 14 million copies.The song spent 65 weeks on the chart, making the song at that time the fourth-most weeks spent on the chart, tying the place with Jewel with her double single "Foolish Games"/"You Were Meant for Me". 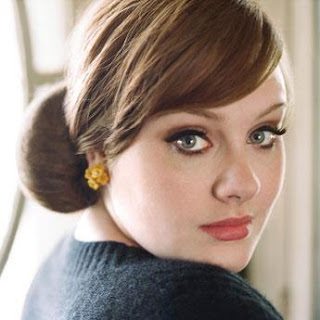 The song was reportedly inspired by a Nashville-schooled US tour bus driver, and composed by Epworth and Adele in a single afternoon following Adele's breakup with her boyfriend. It was "her reaction to, 'being told that my life was going to be boring and lonely and rubbish, and that I was a weak person if I didn't stay in the relationship. I was very insulted, and wrote that as a sort of "fuck you".


The music video for "Rolling in the Deep," directed by Sam Brown, premiered on Channel 4 on 3 December 2010. The video begins in an abandoned house, where Adele is sitting in a chair singing. During the video, the scenes show hundreds of glasses filled with water that vibrate to the beat of a drum, a mysterious person (played by Jennifer White, who also choreographed the sequence) dancing in a room with white flour and dust, the drummer playing the drums behind the stairs, china being thrown and breaking on the wall in front of the staircase, and a white model of a city which is set on fire by five bursting light bulbs at the end of the song.
On 20 July 2011, the music video was nominated for seven MTV Video Music Awards, including Video of the Year, Best Female Video, Best Pop Video and Best Direction, and won three for Best Editing, Best Cinematography and Best Art Direction. The video won the Grammy Award for Best Short Form Music Video on 12 February 2012. As of December 2015, the music video has received over 770 million views on YouTube.
Posted by MrGarabaldi at 5:45 PM