I will veer away from the political stuff, lately I have been doing a "Friday Rant" where I go on a tear, but I kinda did one earlier in the week(see Thursday).  Christmas is coming, I find myself slowly getting into the Christmas spirit with lot of some prodding from the spousal unit.  We went to get the tree at the local tree farm...My son wanted to cut the tree down and me being the father of the year candidate agrees....so when the tree is almost cut through, I push the tree over on him....Remember the father of the year award I was going for....hehehe 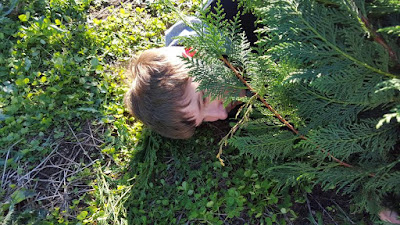 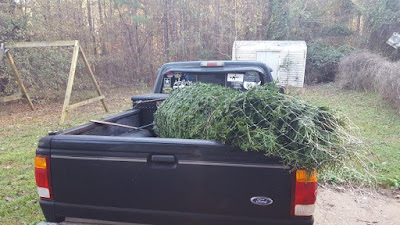 We got the tree set up and I got the outside decorations set up.  We had to get ready for our Order of the Arrow Banquet, the end of the year celebration for our Lodge.  The crumbsnatcher, anklebiter, rug rat, my son was there with some of his friends 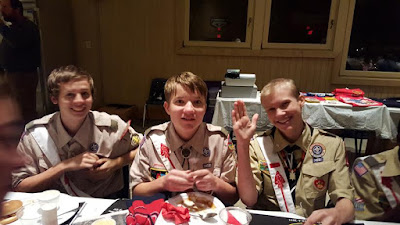 They had an awesome time...we got awards, Here is what I got...he got the same... 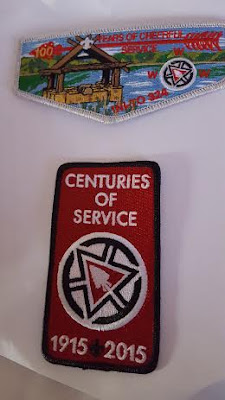 The one on tip is the "service" flap, you have to give 25 hours of service a minimum a year to get it and maintain it.  The other one goes on the Sash, the only patch "authorized" to go on the sash.  I saw at conclave earlier in the year, an elderly gentleman with the "50" year patch on his sash...
Here is my son getting sworn in on his oath of office..for the year. 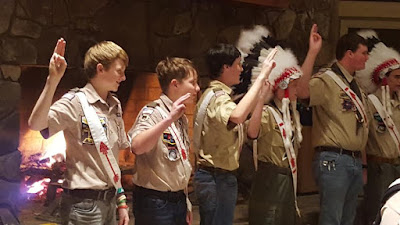 I was very proud of the kids, they all have done well and have worked hard....now they will work harder next year....
After the banquet most of the people took off, the kids from my chapter immediately went into the mess hall and started helping Mac in cleaning up the kitchen. 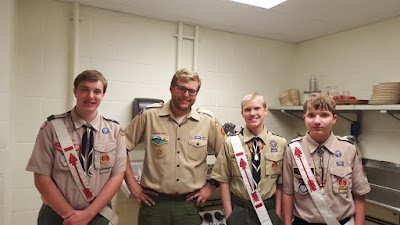 I was really impressed that they would step up without asking to help somebody else.  It was a group decision, I just saw a bunch of kids heading into the kitchen area and I grabbed my kid and asked "what going one" and he stated..."We are going to help Mac get the kitchen closed down".  And off they went.  I was proud, this is where selfless service starts...     We on the way home, stopped at Krystals to get some gut grenades....I havn't had them in a long time.....and yep they havn't changed...I was passing gas all night;) 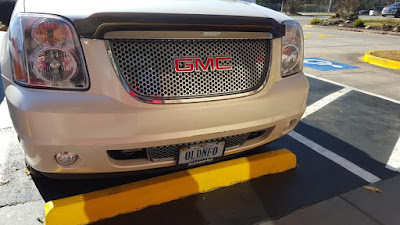 A couple of weeks later, I had the opportunity to meet with Old NFO, Senior, Old, Antiquated, fossilized, experienced Blogger at the Original Chicfila in Hapeville Georgia.  the store that started them all.  Chicfila started in 1946 and the building of the Atlanta Assembly Plant of Ford Motor Company really got them going.  I would walk over to the Chicfila during work to get me a Chicken Sandwich when I worked there until The Ford plant closed in October 27th 2006. 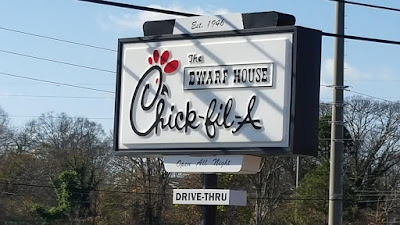 It was great meeting again one of the people that got me blogging,  Old NFO despite me ragging on him about his age, experience is a class act, he has a lot of great stories and is a really good guy.  he was stopping in locations visiting people on the way to the ranch in Texas where he will  be a full time author for a group of books that is like reading a bunch of old friends and people you know and wished you knew.  I am glad that I took the plunge to blogging back in 2011, I have met some great people, people I would have never had the honor to meet if I hadn't taken the gamble to start blogging. Yep you can blame him for foisting me on the blogging world.
And finally the new Star Wars has hit the screen, I will try to see it in a couple of weeks after the hype has died down a bit...

Posted by MrGarabaldi at 9:58 AM