Monday Music "After the Fire" by Roger Daltrey

I was driving home and the song on my Sirius/XM the 80's channel from the WHO came on called "Eminence Front".  It came out in 1983 if memory served, it got a lot of play on MTV.  The WHO are considered Rock legends and their effect on Music will be felt for generations to come.  I remembered Roger Daltrey going solo in the mid 80's and he released this song and it did get a lot of airtime.  I really liked the song and it was a tribute to the loss of their Drummer Keith Moon and the anger and grief that Roger did have for the death of his friend.  I considered it a really good song and he was the first of the "old school" musicians that went with short hair rather than the "hippie" style that was prevalent.   I considered it a cultural shifting from the values of the 60's to the the 80's.  Hey I was a teenager back then. 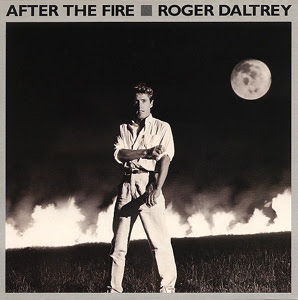 "After the Fire" is a song from the solo album Under a Raging Moon released by Roger Daltrey of The Who. The song was written by Pete Townshend, also of The Who. It was considered a hit for Daltrey receiving extensive play on MTV. The song was played during the second season finale of Miami Vice during a flashback scene.
The song was originally planned to be played by The Who at Live Aid. However the band committed last minute and was unable to rehearse the song. So it was given to Daltrey to record for Under a Raging Moon. 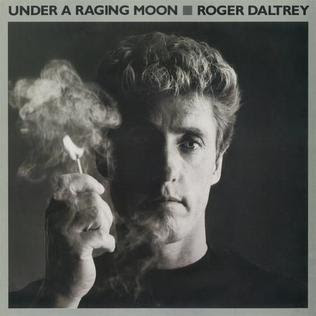 The recording was produced by Alan Shacklock and recorded at RAK Recording Studios and Odyssey Studios, London. The album Under a Raging Moon was released on the Atlantic label (81269-1) in the U.S. in 1985, and singles were also released in other countries in the same year.

Posted by MrGarabaldi at 5:34 PM