I was listening to my 80's channel going in to work and this song came on....Now I am not a big fan of Spandau Ballet, they are tied in with the 2nd British Invasion relating to the new wave that was played prominently on MTV back in the channel's infancy.....back when they played music. 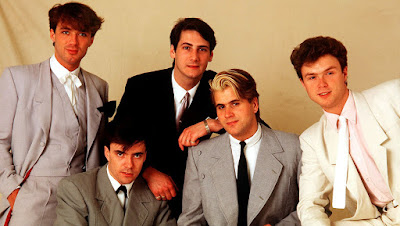 The band changed its name to The Makers in late-1976 and played as a punk band at the Roxy in their early years. In 1978 they became a power pop band and changed the name to Gentry, under which they played a few gigs, including at Kingsway College. They changed the band's name to Spandau Ballet after a friend of the band, journalist and DJ Robert Elms, saw the phrase "Spandau Ballet" scrawled on the wall of a nightclub lavatory during a visit to Berlin. The expression "Spandau Ballet" was slang used by Allied troops in the trenches in the First World War referring to the twitching of the corpses hanging on the barbed wire and repeatedly hit by Spandau machine gun fire from the German lines. The name also refers to Spandau Prison and the many hangings there, especially in 1945–46 of Nazi war criminals, when the victims would twitch and jump at the end of a rope. The new Spandau Ballet, with Martin Kemp and Hadley, began performing with this name around London. Their music had been in the style of the early Rolling Stones or The Kinks, but became more electronic after they attended clubs such as Billy's and Blitz where the New Romantic[scene was spearheaded and they listened to bands like Kraftwerk and Telex.

Gary Kemp, joint leader, with his brother Martin, of Spandau Ballet, wrote the words to, and composed the music of, the selection, which the partnership of Steve Jolley and Tony Swain produced.

The song is Spandau Ballet's second best-charting single behind their previous release, "True,"reaching #2 on the UK Singles Chart (KC and the Sunshine Band's "Give It Up" held it off the top of that chart), and #29 on the U.S Billboard Hot 100 chart.
The music video was directed by Brian Duffy and filmed on location in Carmona, Spain. A 'making of' video featured photographs of the band taken by his son: Chris Duffy.
The video featured Sadie Frost as a gold-painted nymph, in one of her earlier roles. 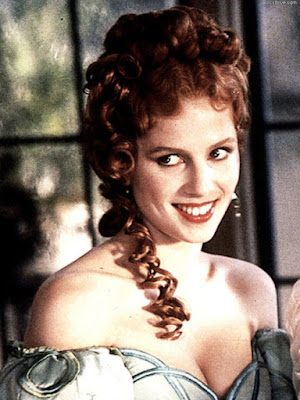