I remembered this song when it hit in 1986, I was stationed in Germany at Cooke Barracks with a brigade of the the famed 1st Infantry Division (FWD), they had the 2 other brigades in Riley.  Well I remembered this song and it was different with a bit of what I call "Payback", to all the guys myself included that either caught the girl running around or got the "Dear John" letter because "Jodi" was nosing around this song was epic.  Even now it is a bit haunting as the singer with sadness in his voice recalls catching his girl "Holding Hands in the Rain... and my life will never be the same."
The song was a "one hit wonder" for the artist but it was a good one hit wonder. 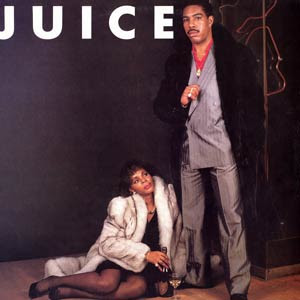 Juice is the debut album by Oran "Juice" Jones. It was released in 1986 through Def Jam Recordings and was the first R&B album the famed label ever released. The album was a modest success, peaking at 44 on the Billboard 200 and 4 on the Top R&B/Hip-Hop Albums, but the album's lead single "The Rain" garnered the most success, making it to #9 on the Billboard Hot 100 and it was eventually certified gold on October 7, 1991.

"The Rain" is a 1986 crossover hit single originally performed by R&B singer Oran "Juice" Jones, which he released on and from his debut album Juice.
The song's lyrics include a long recitation at the end; written by Vincent Bell, who also composed the music, they involve a man confronting his girlfriend regarding her infidelity.


The single was Jones's biggest hit. It reached number one on the Billboard R&B chart for two weeks, making it the first #1 R&B hit issued by the then newly created Def Jam record label. The single also peaked at number nine on the Billboard Hot 100 and reached #4 on the UK Singles Chart.
"The Rain" was nominated for two Grammy Awards, but Jones never had another Hot 100 hit and left the music business after his third album failed to chart. "The Rain" is ranked #63 on VH1's 100 Greatest One-Hit Wonders of the '80s. During the show, Jones was asked about his one-hit wonder status. His reply was: "Oran 'Juice' Jones, he came, he saw, he conquered, he moved on. You dig?"