Possibility of the Boy Scouts going into bankrupcy protection...And my thoughts....

I have blogged extensively about the Boy Scouts, because I am a member of that organization and I heard on the WSJ that the Boy Scouts are considering Bankrupcy protection because of the many lawsuits from the sexual harassments from the 1960's.  We in the Boy Scouts use what is called 2 deep leadership basically an adult cannot be left alone with a child

Now I will give my opinion, the Boy Scouts are wrapped in the culture war, the BSA tries to remain non partisan, but the Left views the Boy Scouts as "traditional American values" and like all Marxist, they strive to wipe out the collective history of a people to insert their own values.  The Boy scouts are collateral damage in a culture war that has seen a lot of changes and not all of it good.  The Left has a "Take No Prisoners" attitude and the right tries to "get along" and make compromises to appease the left, but the left is never satisfied.  The goal of the left is to totally remake America in their own twisted image that bore little resemblance to the America that did exist at one time.  If a people don't know their traditions and past, they are easier to manipulate and control and to the left, it all boils down to control.  They know what is best for for the rest of us, and if we would only get with the program the great utopia will arrive.


I was concerned about the many actions lately that the Boy Scouts have made, they alienated many conservative supporters by openly embracing the LGBT movement trying to be "inclusive" and curry favors with the various gay organizations to be "Friends" but they miss a big caveat dealing with them, you are not their "Friends".  Just something to get crushed. 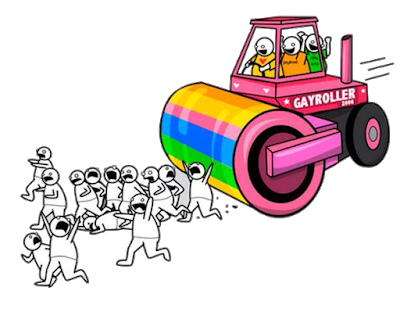 When President Trump showed up at Jamboree to give a speech, the BSA leadership felt a need to apologize for his speech and that pissed a lot of people off.  The people complaining would have complained no matter what he said.  The BSA has forgotten that, they are trying to be "accommodating" to the left and getting nuked anyway.  They also have decided to allow girls into the organizations.  I have mixed emotions becausae I believe that boys need an organization to be boys,

Here is an email I sent to my scoutmaster when he asked about the troop going COED to follow national's policies.
In most of the world Scouting is COED, with the exception of the United States and the muslim countries.  In the United States we have the Girl Scouts, most places of the world, there are no program for the girls, hence they are COED because that was the mission of Baden Powell to inspire the new generation.
That being said, I am of 2 minds on this.  In the Cub Scouts when I was a den leader, we had siblings participate all the time, it made it a "One Stop Shop" for the parents.  I did hear that the girls wanted to participate in the cub scouts, they do a lot of fun things and to me it was perfectly logical to incorporate the girls into the cub scouting program.
Now the Boy Scouts are different, and I may anger some people with this.  Boys need a place to be boys, to develop the camaraderie and shared experiences that gives a kid balance.  When girls are injected into the mix it totally changed the dynamics due to puberty.    I do understand why many parents want their daughters to go through the Boy Scouts, they do a lot of stuff outside and do camping and many other things that the Girl Scouts rarely do and a lot of people find comfort in the "timeless Values" of the Boy Scouts that have stood the test of time.
I know that National wants the girls included, this will add to the membership rolls, I am a realist, if the program is to survive we have to open the membership to include girls.
I will also say this, there is a rush in our society for "Grrl Power"  The girls are told that they can do anything they set their mind to, there are all these barriers that need to be broken. The girls are encouraged to "be all they can be".  The boys in our society are told that masculinity is toxic and that they need to apologize for the sins of their gender.  And people wonder why boys are confused.  The Boys need the timeless values of the BSA more than ever.   I say this to say that the BSA whether they want to admit it are wrapped in the culture wars and this is part of the culture wars.   I am just concerned that the boys will be shuffled off in a corner in the rush for "acceptance" of the girls.
As far as your options goes,   Girls are here to stay and they should be part of the program but not mixed with the boys.
We can either stay as a "boys" only troop or with the acceptance of our charter rep, form a Girl Scout Troop, they can use the same gear,tents, ete.ete just on different weekends while they get established.  The 2 deep leadership must be adhered to for not only the protection of the youth but the protection of the adult.

I do hope that the BSA does survive because the boys need the timeless values that are not really being taught anymore.
Posted by MrGarabaldi at 12:00 PM