I decided to roll with something different this time, I got the idea from doing research for the post I did yesterday.  Normally I do songs from the 1980's with other songs mixed in with it.  I decided to heed the martial side of my nature and use this song.  It is still on my bucket list to attend a "tattoo", 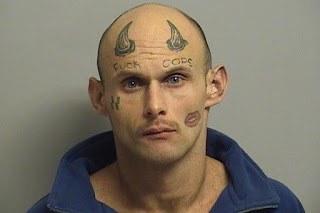 The Squids did really good on this...This was TATTOO
Norway 2013, and one of my favorite routines and it is on my
bucket list to go to Edinburgh and attend one.

"Men of Harlech" or "The March of the Men of Harlech" (in Welsh: Rhyfelgyrch Gwŷr Harlech) is a song and military march which is traditionally said to describe events during the seven-year siege of Harlech Castle between 1461 and 1468. Commanded by Constable Dafydd ap Ieuan, the garrison withstood the longest known siege in the history of the British Isles. "Through Seven Years" is an alternative name for the song. The song has also been associated with the earlier, briefer siege of Harlech Castle about 1408, which pitted the forces of Owain Glyndŵr against the future Henry V of England.
"Men of Harlech" is important for Welsh national culture. The song gained international recognition when it was featured in the 1941 movie How Green Was My Valley and the 1964 film Zulu.

Men of Harlech is widely used as a regimental march, especially by British Army and Commonwealth regiments historically associated with Wales. Notably, it is the slow march of the Welsh Guards, the quick march of the Royal Welsh, and the march of the Royal Canadian Hussars (Montreal), The Governor General's Horse Guards, and The Ontario Regiment, for which it is the slow march.
It was first used for cinema during the titles of How Green Was My Valley (1941) and has featured in a number of other films. It is best known for its prominent role in the 1964 film Zulu, although the version of lyrics sung in it were written specially for the film. It is sung twice, only once completely, in the film (the British begin shooting the charging Zulus before the start of the final couplet), in counterpoint to the Zulu war chants and the sounds of their shields. Film editor John Jympson cut the scene to the song so that on either side of cuts where the British soldiers cannot be heard, the song is in the correct relative position. The song is also heard in the film Zulu Dawn, which is about the battle that precedes Rorke's Drift, the Battle of Isandlwana.

Rick Rescorla, Chief of Security for Morgan Stanley's World Trade Center office, sang a Cornish adaptation of "Men of Harlech" with a bullhorn, along with other anthems, to keep employee spirits high while they evacuated during the September 11 attacks. After helping save more than 2,700 employees he returned to the towers to evacuate others until the towers collapsed on him.
"Men of Harlech" was used as part of the startup music for ITV television station Teledu Cymru during the early 1960s and, until April 2006, in Fritz Spiegl's BBC Radio 4 UK Theme.
From 1996 to 1999, HTV Wales used part of the song for Wales Tonight.
Adapted versions are sung by fans of several Welsh football clubs and as school or college songs around the world. There is a humorous parody known variously as "National Anthem of the Ancient Britons" and "Woad", written some time before 1914 by William Hope-Jones.
Bryn Terfel recorded "Men of Harlech" for his 2000 album We'll Keep a Welcome
Posted by MrGarabaldi at 6:00 AM