Was very busy and a quick rant....

Sorry for the delay, I was doing a scouting event this past weekend and then had to go to work.  I was very tired and then got sick.  so I didn't load the scheduler thingie like I normally would. 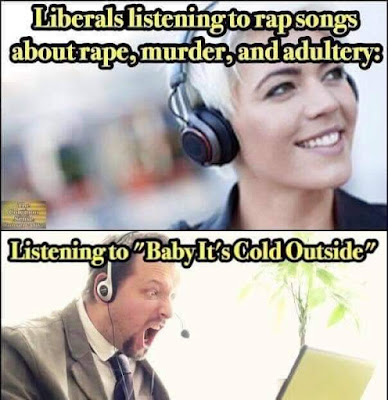 I posted this rant on a friends facebook posting about people getting outraged about an old song by Dean Martin and they are showing the faux outrage that is prevalent with the liberal side.

I didn't get a chance to comment earlier. There are songs out there that promote rape, murder, and killing cops and nothing is said. Now people want to show how "woke" they are by censuring a song sung released in the 40's's by a long dead white dude. People are using the prism of today against the stuff from yesterday, for example Huckleberry Finn or Tom Sawyer and they went after "to kill a mockingbird ". The slippery slope has begun and tyranny is at the end of it when peoples thoughts are censured or banned because it goes against the shifting sands of the latest grouphivethink. The french revolution started under a noble premise and when it ended people were sent to the guillotine for disagreeing with Robespierre and the revolutionary council. Stalin did the same thing with the gulag. And don't get me started on Mao and the cultural revolution. We gave free speech in this country for a reason, even if it is vile, it deserved to be protected because the alternative was worse.
Posted by MrGarabaldi at 11:20 PM