My apologies for not posting...I have been suffering from what could be called a "malaise of spirit" as it were.  I had run across this article and the taglines really stuck with me..The Italized is the quotes from the article I read and shamelessly cut and pasted....Hey I do that sometimes...But the article is linked on my post if you want to read the article for your viewing pleasure.

"For if the very public Black Lives Matter protests have polarized America, the silent fallout has now reached Hollywood."

"A revolution is under way. White actors are being fired. Edicts from studio bosses make it clear that only minorities – racial and sexual – can be given jobs.A new wave of what has been termed by some as anti-white prejudice is causing writers, directors and producers to fear they will never work again. One described the current atmosphere as ‘more toxic than Chernobyl’, with leading actors afraid to speak out amid concern they will be labelled racist."

The first sign came with one of the most powerful black directors in Hollywood, Oscar-winning Jordan Peele – the man behind box office hits such as Get Out and Us – stated in public that he did not want to hire a leading man who was white.‘I don’t see myself casting a white dude as the lead in my movie,’ Peele said. ‘Not that I don’t like white dudes. But I’ve seen that movie before.’As one studio executive responded privately: ‘If a white director said that about hiring a black actor, their career would be over in a heartbeat.’ Few doubt it.

The race card is a very powerful card.

Peele is more vocal than most about his hiring policy, but his outlook is increasingly widespread. Dozens of producers, writers and actors have spoken to The Mail on Sunday about the wave of ‘reverse racism’ pulsing through the industry.

It’s not “reverse racism” it’s racism pure and simple. Africans can be racists and they are. Black Lives Matter is a racist organization.

speaking on condition of anonymity, the executive confirmed that the climate is now toxic for any ‘white, middle-aged man in showbusiness’. Their careers, ‘are pretty much over’.  They continued: ‘We’re only hiring people of colour, women or LGBT to write, star, produce, operate the cameras, work in craft services. If you are white, you can’t speak out because you will instantly be branded ‘racist’ or condemned for "‘white privilege’."

This is fucking great! I love to see the left eating its own and that is exactly what is going on in Hollywood. Guess what “middle aged white men”, you let this happen and now you are paying the price. Let’s see Hollywood produce movies only starring Africans. Won’t bother me a bit since I don’t go to movies anymore. I will love seeing all of those white liberal actors not getting cast in any movies anymore

.‘The pendulum has swung so far, everyone is paralyzed with fear by the idea anything you say could be misinterpreted and your career ended instantly. There are a lot of hushed conversations going on, but publicly everyone is desperate to be seen to be promoting diversity and too terrified to speak out. It’s imploding: a total meltdown.’ 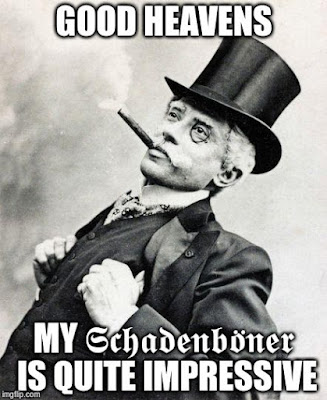 Sure I am enjoying the Hollywood leftist eating their own, there is a certain satisfaction watching that happen after watching that cultural trainwreck coming into the station, after seeing them screw over their country for 20 plus years by embracing the latest and greatest of the leftest causes  all of a sudden to find themselves on the outside looking in and wondering "what just happened" and realized that they are 2nd class citizens now.   But the realization for me is that what happened in Hollywood is happening all over the United States especially in Corporate America.  We have  the CEO of NBC stating that he is pushing to reflect 50% diversity hire in his company in new initiative's  and right now his company is a mix of men and women and he states that he wants to set a cap of 25% of white males in his company and if memory serves, it about 38% white males  so he will have to early retire them, or offer severance packages or outright fire them to meet his goal.  Now this practice will become more widespread as the wave continues and more companies will do the same practice and it will be acceptable.  Sure it is discrimination, but nobody will fight it because of "systemic racism(tm)"  and if somebody tries to fight it in court they will be committing career suicide and they will be toxic for any future employment, Tell me I am wrong in this present corporate environment.
I am what is called a "Summer Chicken" as I like to joke, which means I have lived more of my life behind me than what is left to me and I am fine with that, but I am concerned what kind of life my son will have, being treated a 2nd class citizen in the United States.  I was at Sams Club picking up items for the spousal unit yesterday per her request, and my county is a "blue" county, it swung blue back in 2014 and voted for Felonia Von Pantsuit* in 2016.  Where I live in my county is still "Trump" territory, I call it "Roarks Drift" as a Tongue in Cheek reference, but while in Sams club with the mobs of people there were a lot of democrats and most of them were looking at me with hostility or what my friend *Shelldude* would call the "Fuck you look" I saw a lot of "Black lives matter shirts" and the "Enough is Enough" and the ever popular "I can't Breath". and I really didn't like this at all, it is a unfamiliar  sensation,  because as a rule I am very polite to people I nodded and smiled, No I didn't wear my Trump 2020 Hat, I didn't feel like provoking a confrontation and in the political arena, I would lose, even if I am in the right because the DA would suck and swallow to the mob. I push the envelope with my truck having the "deplorable Inside" sticker on the back  as it is. 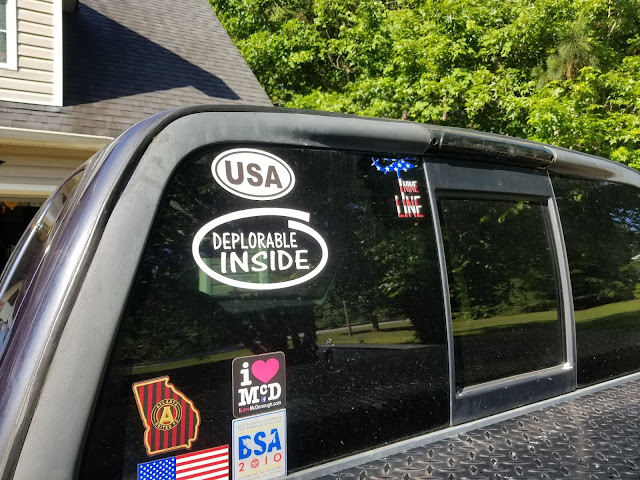 But that is from 2016 but the rest of the stuff still marks me as a conservative so who knows...My son will graduate in 2021 and we will move in a few years, we don't know where we will go, I made jokes about moving to Texas but the Spousal unit wasn't happy about that suggestion, we would have to find employment out there.  We will move because we must, we cannot remain here, I do not want to stay here, for what  I fear is coming.   my friend *Shelldude*  is somewhat prescient had coined a phrase in the 90's "Balkenization" I fear that this is coming I have to look to move to a place where there is more like me for no other reason than for my and my wife's safety.  I never thought I would have to say that.  I in the 1980's thought we were past all this tribal bullshit, but Obama really got it stirred up and and it has bore fruit.
All of this kinda put me into a funk.  It just came into a head, My creative energy was just kaput, I read my blogroll but I had no energy to put anything into the blog, I was bummed as they say. I would look at the keyboard and see nothing....and desultory tap the keyboard....tap.....tap....tap...then wipe the screen and close the screen and walk away....This sucks.
On the flipside...with Hollywood having a meltdown there is room for independent productions to start making movies, with good quality content and not full of PC bullshit and if it sells well in the movies or on netflix or what have you, it may break the back or the stranglehold that Hollywood has on the movie industry.and the culture wars.  The last movie I saw was Midway and I considered it Pretty well done, overall, some minor glitches but well told. and some of those "woke" stars now that they have been burned and those conservatives that have been hiding, can come out of the closet, have nothing to lose can come out with the independents where merit counts and not how many checks you can mark off on a diversity card.

*My Name for Hillary Clinton during the 2016 Election