I have been enjoying the run of songs, I never had a theme last this long, and I am  really enjoying it in a weird sort of way,   I have several more weeks in mind, perhaps longer.  As long as I can flog er work the muse, I will, and for some reason 80's music plays really plays well with this theme of songs for some reason.
I am continuing my string of "bugaloo" songs.  This discussion was started in the "Monster Hunter Nation, Hunters Unite", back in December? it is a Facebook group with enthusiast of the ILOH "International Lord of Hate" A.K.A Larry Correia.  We were talking about what song would we use if we looked out of our window or glanced at our security camera and saw this.....

I figured it would scar the alphabet boys if they come busting in and hearing a song that is related good music in the 1980's unlike that crap they listen to now.  What can I say, My humor is warped....just a bit. Next week will be "On the Loose" by Saga,  Now that should really cause some psych evals., hehehe, some poor ATF guy trying to explain the attraction to his mother because of berets, oiled hair and tossed instruments, ...but it IS  ATF people you know...... 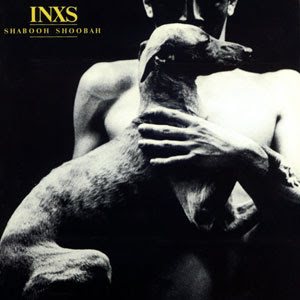 Shabooh Shoobah is Australian rock group INXS's third studio album and was released on 16 October 1982. It peaked at No. 5 on the ARIA Albums Chart and remained on the chart for 94 weeks. It was the band's first album to be released worldwide and appeared on the United States Billboard 200 and on the Hot Pop Albums Chart. The album spawned four singles, "The One Thing" (July 1982), "Don't Change" (October), "To Look at You" (March 1983) and "Black and White" (June). It was produced by Mark Opitz for WEA Australia with most tracks written by band members Andrew Farriss and Michael Hutchence.
The name "Shabooh Shoobah" is an onomatopoeia of a rhythm in the song "Spy of Love"

"Don't Change" is a song by Australian rock band INXS. It was released as a single from the album Shabooh Shoobah in October 1982. It has been described as the band's first international single. "Don't Change" peaked at number 14 on the Australian Singles Charts and reached number 80 on the Billboard Hot 100 and number 17 on the Billboard Top Tracks chart.
In February 2014, after the Channel 7 screening of INXS: Never Tear Us Apart mini-series, "Don't Change" charted again in Australia via download sales. It peaked at #92 on the ARIA Singles Chart.
In 2017, the song was selected for preservation in the National Film and Sound Archive's Sounds of Australia collection.
In January 2018, as part of Triple M's "Ozzest 100", the 'most Australian' songs of all time, "Don't Change" was ranked number 28.

The music video, directed by Scott Hicks, was originally planned to be filmed on an airport runway, in South Australia, but was cancelled due to a bad weather and filming took place in a nearby airport hangar. Hutchence knew Hicks, who had previously directed Australian film Freedom, for which Hutchence had performed on two songs included on the film's soundtrack, "Speed Kills" and "Forest Theme", which were written by Don Walker (Cold Chisel). "Speed Kills" was Hutchence's first solo single and was released by WEA in early 1982.[