Some local going on here at Casa De Garabaldi

Blogger has gone to this "new and improved format, and it is taking some getting used to......

*edit* 10:44
Well crap, I just found out that Herman Cain died, I was a supporter of him when he ran in 2012 in the GOP for President and he got bumped off by some crap by the Romney camp  during the Primaries and he withdrew.  I went a couple of his campaign stops and afterwards, he was a class act and I honestly believed that he could have beat President Obama in 2012, his message was of hope and American Dream unlike the swill the President was pushing at the time. 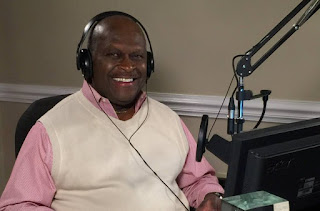 I considered him a class act and a good man.  May he Rest in Peace.

Some background, about 15 years ago the county I live in bought some property that a skirmish was supposed to have been fought on related to the  Battle of Jonesboro
They bought the property to turn it into a county recreational use including a museum where they had yearly recreations of the battle of Jonesboro would be hosted there and at Stately Oaks plantations. 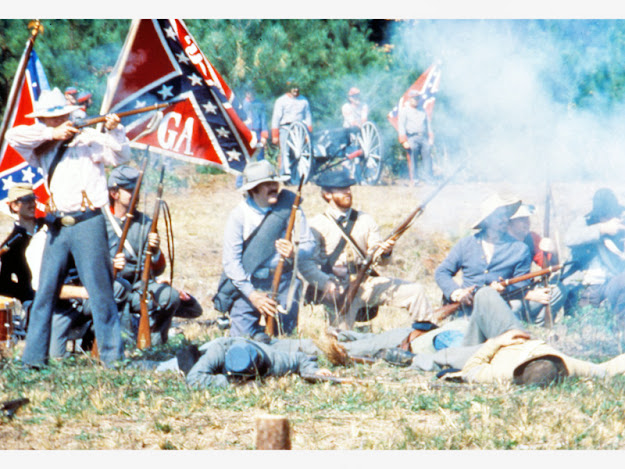 But demographically my county was changing.  Now some background,  from the 1996 Olympics, they took all the projects and tore them down and placed the denizens in refurbished apartments in Clayton County, Immediately the crime skyrocketed as the new arrivals found fresh hunting grounds for their activities, as the projects were being demolished for the upcoming Olympics, I was hearing about it because I was a Pizza Manager and we keep a pulse on the crime rate and we saw the spike in crime and our drivers getting robbed and hassled by all these new people and I also had gotten my introduction to white/black relations in 1993 when 2 15 year old black kids decided to beat the crap out of me for the pizza I had and my wallet.  I collected  stitches in the side of my head and an abdomen scar.  Before then I was colorblind, after that I was a bit skittish.  Shortly after that I transferred to Panama City for a bit, but I was burned out of Pizza, came back to Atlanta, got a job doing Security and a job as a commercial courier.  A classmate who was working at the Ford Atlanta Assembly Plant got me an application and I was one of many that stood in line and passed the rigorous hiring process to get hired on.  I really was looking for a good job, I was dating who was to become my spousal unit and I wanted a stable job and career. 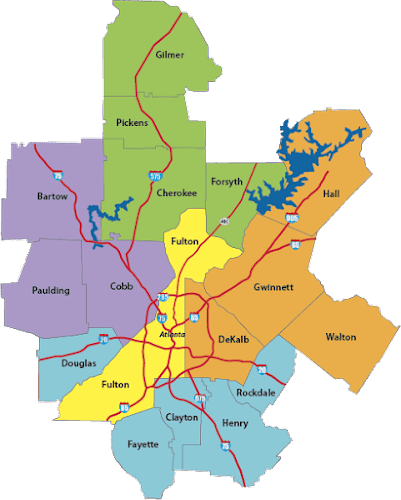 Meanwhile sudden influx of both people from the projects and at the same time Jet magazine had trumpeted that Clayton County was the place to live for the Up and coming African American Middle Class, so between both, the county went majority white to majority minority in a few years and this changed the local elections in 2 to 4 years, all the faces changed from white to black.  I remembered driving into Clayton County to visit my Dad and seeing a campaign poster for one of the people running for office and she was a democrat female and her catchphrase was "Now it is OUR turn" and she got elected.  The same thing was going on with the school boards and this would cause problems in a few years.  The First black Sheriff of Clayton County Victor Hill was elected, and the first thing he did was fire all the White deputies.  The turmoil in the county continued as the decade marched on and the school board started feuding, rather than handing issues dealing with the education, they had their own personal agendas, it got so bad the Southern Association of Colleges and schools pulled accredidation   which that any kids trying to go to college, their grades and G.P.A. would not transfer and this would prevent their attending college.  It took several years before this all got corrected, but it created an exodus.   All I know is that I started to see a lot of cars with "Clayton County Tags" dropping off kids in Henry county schools. as parents moved their kids to relatives or rented apartments or moved into Henry County so the demographics of my county changed.  It went soft blue in 2012 to full blue in 2014 and  in the process we got a new slate of county commissioners including one for district 2 by the name of "Dee Clemmens" who immediately saw Nash farms and racial grievance as her chance to make a name for herself.  Nash Farms was being used by reeinacters and she as a county commissioner forced the museum to close and anything associated with the confederacy off "County Land" in the name of "Racism". 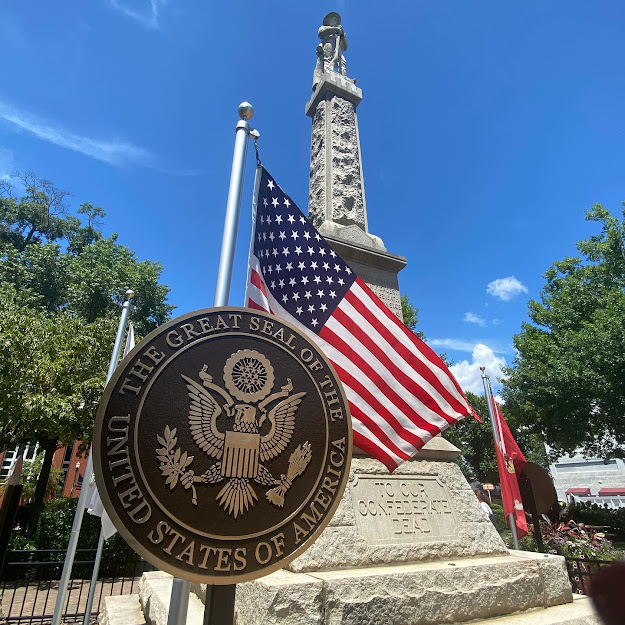 Fresh off her victory she made a play for the Confederate soldier in the square in McDonough ,the one that has been there since 1910.   Her chief of staff bussed in paid protestors from dekalb county to protest the confederate soldier statue in the square and got caught, this squelched any removal....for the time being. Until George Floyd....and the BLM protest.  This gave her the excuse to push the issue and she and the other democrats in the county commissioners pushed through a voice vote and ignored the citizens wishes and voted to remove the statue. 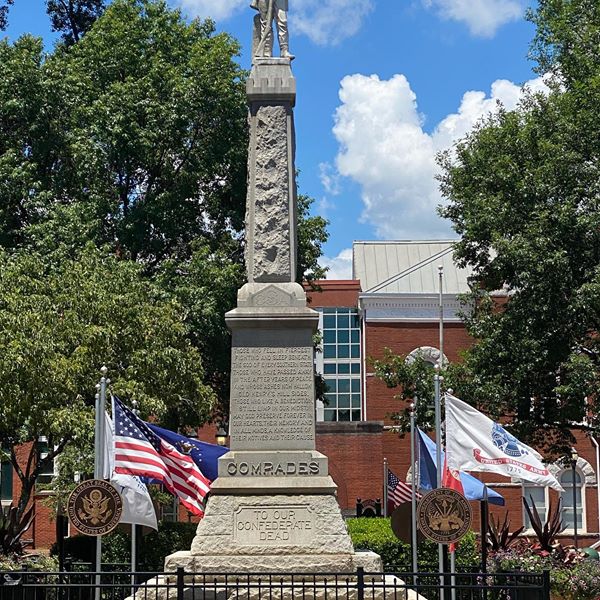 The citizens protested to no avail, we called the commissioners, and they turned a deaf ear and ignored us, they were more afraid of the BLM mob than they were afraid of us.  Our Governor had signed a law protecting confederate monuments from removal, but the law was ignored by the county commissioners, the rule of law meant nothing, appeasing the mob was more important.
Here is the video link Confederate Statue is removed  One of my Neighbors is in the interview

This was posted by another of my neighbors, and this basically sums it up for a lot of people 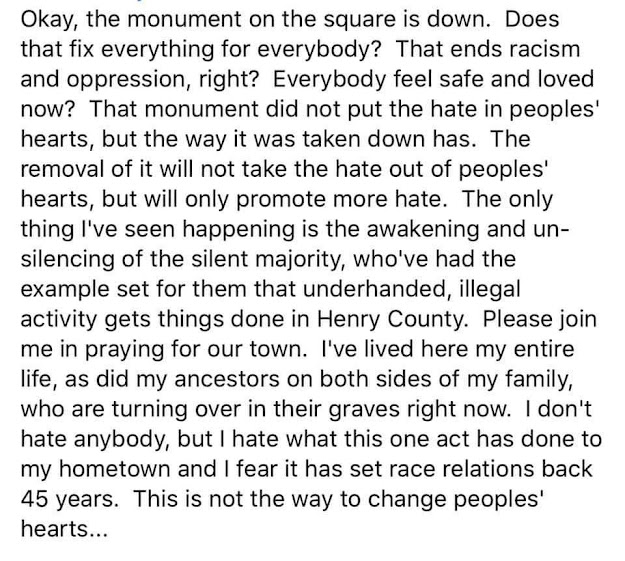 I don't know what is next for us, but this will continue.  A lot of my neighbors are incensed by this, especially how fast it happened and by how we were ignored.  My neighbors are pushing to get the statue reinstated but I don't see that happening in a "Blue" county. It is a "fait accomplished.   I have a couple of years here then we will move somewhere else, but we will move.
On a different note, My son took me to his favorite store... 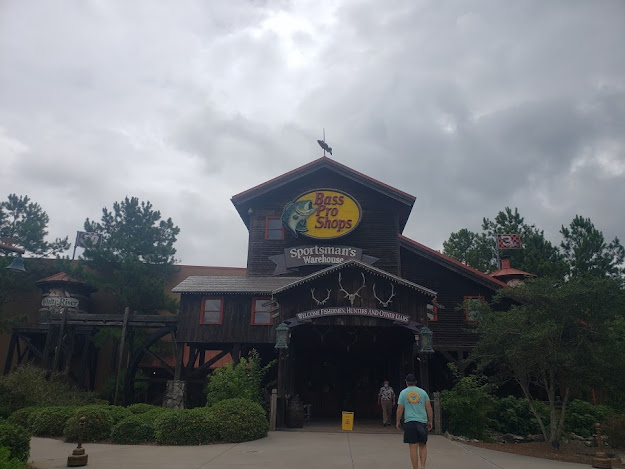 It is located north of Macon and it is their Fulfillment center/Warehouse center/clearance/store and it is Huuuge.   I saw this as I got closer.. 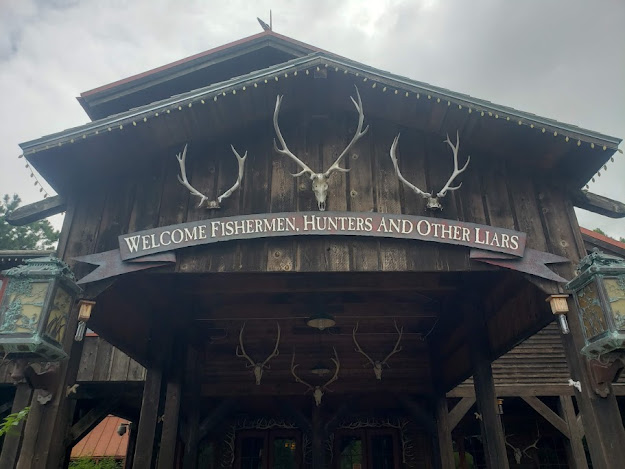 I got a chuckle out of that, as we went inside of it I of course saw this.. 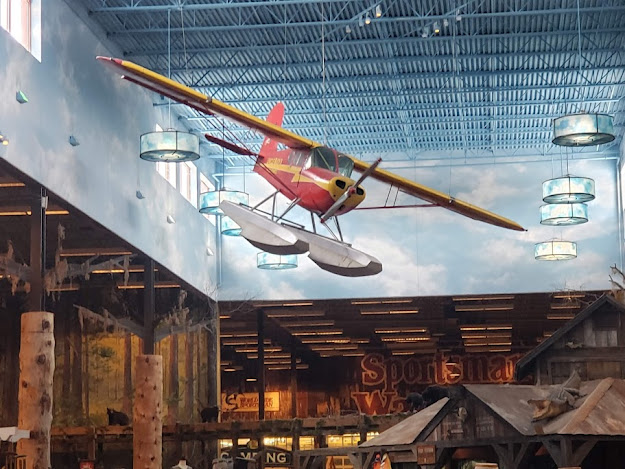 I had fun walking around, I didn't buy anything except a box of ammo in remembrance of the Garand I used to have that was lost in the tragic kayaking accident several weeks ago...*Sniff*,