Why the 747 isn't as popular with airlines as they are with passengers.

My apologies, Monday Music didn't drop like I planned, it will drop Next week, I didn't get it finished Sunday night, I had one of those days at work, you know one of those days where you feel like the little burro carrying the 400 pound lady down the Grand Canyon, in July kind of day...I was too tired to set it up properly so it didn't happen.   This post is about the 747-800 or the "Intercontinental" as she was called, I had blogged about the plane a lot, I was hoping my employer would buy a couple of them, but we never did, I understood the reason when I spoke with the director of our routing and marketing director during an Employee breakout I was invited to and explained that with the route structure we have, the plane would be expensive to operate on the routes we have and yes he likes the plane but we can't justify the cost of running an airline on "likes", we have to run the airline on most efficient especially because fuel is the most single expensive thing an airline has to pay is the fuel bill.  What he said makes sense so I understood the logic, we are in business of running a airline the best way possible, the most efficient way possible because the other guy is doing the same thing.   We still stop and look when a '47 occasionally very occasionally comes by our hanger at work and cruises by, the plane has that effect on us.  She is "The Queen"


I clipped the article from "Simply Flying, and I augmenting the article with some of my photo stash. 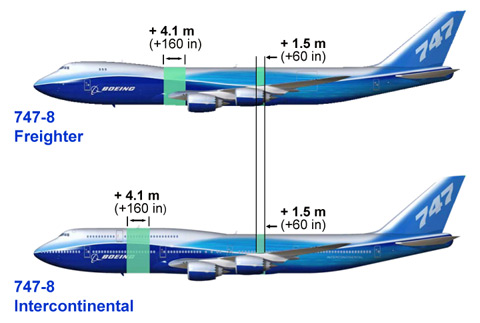 Boeing anticipated selling about 300 of the 747-8. Its passenger variant, the 747-8I, or Intercontinental, received a mere 47 orders before being discontinued. How could it be, that an upgraded, superior model of one of the world’s most popular widebody aircraft did so poorly on the market?
The Queen of the Skies has carried passengers for half a century. Beloved by travelers all over the world, she has been an iconic and exciting feature on the runways from the first 747-100 introduced by Pan Am in 1970.
The initial model was designed and built by a team at Boeing known as “The Incredibles,” and it carried two and a half times as many passengers as the manufacturer’s first jet, the 707. Its size, range, and speed helped transform air travel and turned it into something more accessible for a wider clientele.
But the era of the massive four-engine aircraft seems to be over. As reports are surfacing that Boeing will most likely end production of the legendary plane in lack of sufficient orders, let’s take a look at what happened to the much-upgraded 747-8, and why it was not the commercial success for which Boeing had calculated.
The history of the final passenger version of the jumbo jet is a short-lived one. The first 747-8I only took flight on March 20th, 2011, and today’s production is limited to the freighter version, the 747-8F.
Boeing predicted it would receive 300 orders for the 747-8. After all, the previous variation of the jumbo, the 747-400, landed at 442 for its regular passenger model, and 694 including the extra range options and freighters, and was operated by over 40 carriers worldwide.
However, it only received 47 orders for the passenger Intercontinental variant and hasn’t sold a single one since 2017. And that was for the repurposing of two 747-8Is previously belonging to Transaero.
Lufthansa was the first carrier to order the new version of the jumbo in 2006. The German flag-carrier took delivery of the aircraft in May 2012, and it entered service the next month.
The freighter variant of the 747-8 did much better, with orders tallying in at 103, for a total of 150 orders for the model. Its largest customer is UPS Airlines, which has 28 and has almost single-handedly kept production going.
While production is still ongoing at Boeing’s Everett facility for the freighter variant, the 747-8F, this will most likely also come to an end once the manufacturer completes its backlog of 15 orders. The company believes it will need another two years to complete the outstanding deliveries.
The 747-8 built on its highly successful preceding sibling, the 747-400, launched 20 years earlier. While its technical specs may have outdone any of the jumbos to date, for various reasons, it failed to become as popular with airlines as any of its predecessors.
First of all, the same factors that have seen carrier after carrier send the 747 into retirement come into play. The rise of the much more fuel-efficient long-range twin-engine aircraft has simply outdated the need for the jumbo.
Particularly the arrival of the A350 Ultra-Long-Range and Boeing’s new 777X is shifting the long-haul landscape. Two engines are also much more economical than four. Twice the engines equal twice the maintenance cost, after all.
The 777-9, the larger of the 777X models, can carry as many as 407 passengers, which is nearly as many as the 747s maximum 467. And it does so on two engines, rather than four. Airlines have already placed orders for 309 of the 777X.
When taking a closer look at the popularity of other models, Boeing may have shot itself in the jumbo jet wing. While the 777X was introduced later than the 747-8, the 787 beat it to the punch.
The 747-8 was introduced in 2005. The planemaker had debuted its Boeing 787 Dreamliner program only a year prior. Despite several hiccups along the way, the Dreamliner has since proceeded to snag an impressive 1510 orders. That is just under the total number of orders for all of the 747s combined. The largest customers for the 787 are All Nippon Airways, who has ordered 95, Ethiad Airways –  71, American Airlines – 69, and United Airlines – 64.
The hub-and-spoke model that made the 747 such a success throughout the years has also given way to customer-driven point-to-point operations. Passengers have also displayed a preference for a wider selection of departure times. This makes the large capacity of the jumbo, as well as the superjumbo, the A380, challenging to fill and thus obsolete.
As previously stated, Boeing only received 47 orders for the passenger variant of the 747-8 or the Intercontinental as it is also called. Only three commercial airlines opted for the latest version of the jumbo, with Lufthansa taking 19, Korean Air ten, and Air China seven.
As you may have noticed, those numbers combined do not really add up to 47. The missing eleven orders are made up of eight Business Jet models going to VIP customers, one “unidentified,” and two 747-8Is previously belonging to Transaero. These are to be refitted and augmented on request by the US Government to replace the Air Force One fleet.
While it is incredibly sad to be saying goodbye to the 747, it is understandable that by the time the 747-8 hit the market, despite its upgraded and more fuel-efficient specs, other options were already on the horizon. The new twin-engine widebody solutions turned the jumbo jet into a thing of the past, and carriers eager to modernize their fleets looked to the future, rather than to upgraded versions of old favorites, no matter how classic a silhouette it may be. 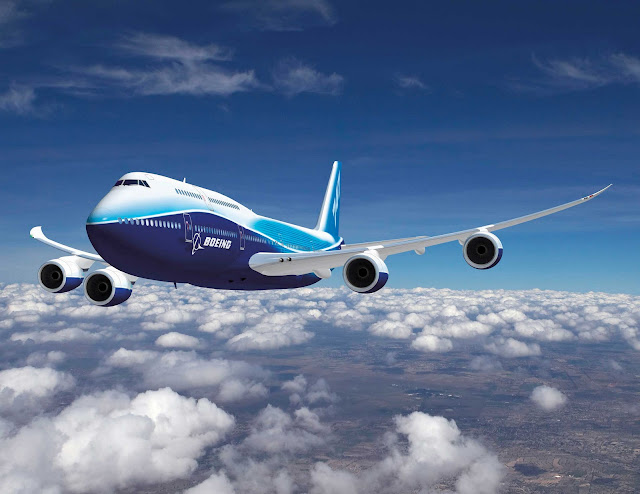