If I can pay off my debt by controlling my spending, so can other people.....

A bit of background, I have posted about Finance and the magic of compounded interest on my blog before, we live below our means, in the case of economic downturns we are able to weather them without too much trouble.  Even though I am running on a 30 hours a week with the commensurate reduction of pay, it is a minor nuisance not a catastrophe.  I learned this after my assembly plant shut down, it was a shock, I remember getting hired on and being told "Welcome to the last job that you will ever have until you retire" 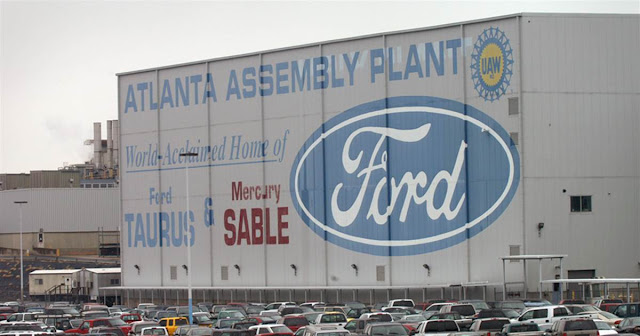 Well 13 years later, I was walking out of there for the last time, as the plant was shutting down.  I have blogged before about the Taurus  and my time at Atlanta Assembly, and it was a shot to the gut when I left the plant, I was having to scratch until I got hired by my present employer.  The experience was an eye opener for me, Ford gave me a good severance package, but it still was a shock,  I learned from that experience to never take anything for granted.

I saw this finance article and it resonated with me so I shamelessly clipped it and decided to post it.

At a time many Americans remain unemployed or underemployed, I recognize the economic hardship millions of families face, through circumstances (i.e., a global pandemic) not of their own making. Given the recent growth in coronavirus cases, extending the suspension on student loan payments past its current Dec. 31 expiration date seems an entirely fair and reasonable move.

But as someone who specifically decided against going to an Ivy League school due to the additional debt that would rack up, I recognize that incurring student debt ultimately represents a choice. Indiscriminately negating the effects of those choices does an injustice to those students who made tough decisions — working their way through school or starting out at a community college to save money — to avoidtaking on massive amounts of student debt in the first place.

Likewise, my decision to pay off my mortgage as soon as possible also represented a choice. The real experience of spending the past four-plus years running my own business further motivated the drive to become debt-free as soon as I could. Can I obtain, and retain, clients? Will I have enough money to pay the bills? Those were just a few of the many questions about the uncertainty of entrepreneurship.

Paying off my mortgage early came in part due to luck. I got a very fortunate break when I went on a game show nearly eight years ago, the winnings from which put my savings into overdrive. But even with that lucky break, achieving such a milestone came down not to any single big decision, but to many small ones, most of which involved four words: I can’t afford it.

That attitude meant skipping dinners out, or paying bills at restaurants and bars with cash to discourage over-spending. It meant not traveling to the 2012 Olympics in the city I had lived in and loved, because doing so would have depleted most of my emergency fund. And it meant second-guessing, and ultimately forgoing, a lavish vacation with my game show winnings.

I’ll admit that I occasionally took this attitude to extremes, like the time many years ago I woke up to a frigid apartment and found the thermostat read 48 degrees. (I did turn the heat on immediately.) But as with many goals, I wouldn’t have accomplished mine without focusing on the main priority (paying off my mortgage), and subsuming other financial goals to that bigger picture.

Our society’s focus on instant gratification has in many respects made acts of self-sacrifice a lost art. Congress has shown such little discipline in failing to set spending priorities that our nation faced trillion-dollar deficits well before the coronavirus ever hit our shores. Even after the pandemic fades, and the restrictions on social life ease, a renewed appreciation of self-sacrifice would serve American society well — provided we leaven it with the proper perspective.

The Opposite of ‘More’

Unlike some contrarian millennials, I don’t plan to embrace the “Financial Independence, Retire Early” mantra and settle back into a work-free lifestyle. While I recognize the pull of an independent lifestyle — it’s why I started my own business — I can’t envision myself retiring now, and possibly not ever. I find the work I do mentally stimulating, and enjoy the vast majority of it, so why should I quit?

That said, both the maturity that comes with entering one’s fifth decade and the financial independence of a debt-free lifestyle have led me to an important lesson: the opposite of “more” is often not “less,” but “enough.” That could mean not taking an additional client or project, because the extra work isn’t worth the time and hassle when money isn’t an issue. It could also mean overcoming one’s inherent desire to save every penny and forcing oneself to splurge and travel more (and yes, I had to practically force myself to do this several years ago; I eventually learned my lesson — and am glad I did.)

Most importantly, I look forward to giving back in both time and treasure to the people and causes that matter to me. That means taking more time to spend with friends, and hopefully (post-pandemic) travel with them too. It also means increasing my charitable contributions now that I don’t have a mortgage payment.

If financial advisor Suze Orman calls money a vehicle to provide security, then paying off a mortgage (or student loan debt) provides a much-needed safety blanket to sleep easier in insecure times. Ticking that accomplishment ticked off the financial to-do list means I have eaten my proverbial vegetables — providing a chance to savor dessert. The rent-free and mortgage-free lifestyle should give provide time and space to enjoy many of the things I wanted to experience in prior years but felt uncomfortable doing so.

Therein lies hope for all of us, as this year we’ll all remember and yet want to forget slowly winds to a close. While we all wish the pandemic would have disappeared months ago, it will in time recede, and we can enjoy the things we’ve longed for over the past eight months. Just as soon as the sun rises in the east every morning, sticking to a course of action will in time prove to be its own reward.