Monday Music "Another One Bites the Dust" by Queen

I do searches to see if I repeated a song and apparently I started this muse thingie back in November of last year, dang, I have been working this theme for a year.....*wow*

I figured it would scar the alphabet boys if they come busting in and hearing a song that is related good music in the 1980's unlike that crap they listen to now.  What can I say, My humor is warped....just a bit. Next week will be "Kung Fu Fighting" by Carl Davis ,  Now that should really cause some psych evals., hehehe, some poor ATF guy trying to explain the attraction to his mother because he has the hots for a bunch of guys especially the head singer from what I have heard, had a very hedonistic lifestyle.but man Freddy could sing...But hey it is ATF...and they ain't right anyway.

"Another One Bites the Dust" is a song by the British rock band Queen. Written by bassist John Deacon, the song featured on the group's eighth studio album The Game (1980). The song was a worldwide hit, charting number one on the US Billboard Hot 100 for three weeks, from 4 October to 18 October (their second number-one single in the country). The song spent 15 weeks in the Billboard top 10 (the longest running top ten song of 1980), including 13 weeks in the top five, and 31 weeks total on the chart (more than any other song in 1980). It reached number two on the Hot Soul Singles chart and the Disco Top 100 chart, and number seven on the UK Singles Chart. The song is credited as Queen's best-selling single, with sales of over 7 million copies. This version was ranked at number 34 on Billboard's All-Time Top Songs. 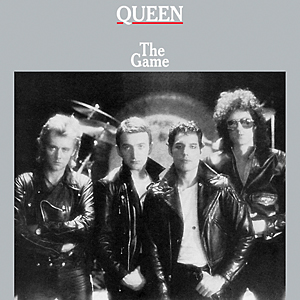 The song won an American Music Award for Favorite Rock Single and also garnered a Grammy Award nomination for Best Rock Performance by a Duo or Group with Vocal. "Another One Bites the Dust" has been covered, remixed and sampled by many artists since its release, and has also appeared in TV shows, commercials, films and other media. The song is also commonly used at sports events, aimed at the defeated opponent

John Deacon's bass line was inspired by "Good Times" by the disco group Chic. In an interview with NME, Chic co-founder Bernard Edwards stated, "That Queen record came about because that Queen bass player ... spent some time hanging out with us at our studio."

Recording sessions – produced by Reinhold Mack at Musicland Studios in Munich (West Germany) – consisted of Deacon playing almost all instruments: bass guitar, piano, electric guitar, and handclaps. Roger Taylor added a drum loop and Brian May contributed noises with his guitar and an Eventide Harmonizer. There are no synthesisers in the song: all effects are created by piano, electric guitars and drums, with subsequent tape playback performed in reverse at various speeds. Finally, sound effects were run through the harmonizer for further processing. The effect of the harmonizer can be heard clearly in the "swirling" nature of the sound immediately before the first lyric. In early live performances, Taylor sang lead on the chorus, as opposed to the studio version sung entirely by Mercury. As the song became more well-known, the band could rely on audiences to sing the chorus by themselves. After attending a Queen concert in Los Angeles, Michael Jackson suggested to Freddie Mercury backstage that "Another One Bites the Dust" be released as a single.

At the 1981 American Music Awards on 30 January, "Another One Bites the Dust" won the award for Favorite Pop/Rock Single. The song also garnered Queen a Grammy nomination for Best Rock Performance by a Duo or Group with Vocal. It lost to Bob Seger's Against the Wind. The music video for "Another One Bites the Dust" was filmed at Reunion Arena in Dallas, Texas. The song also appears in Queen's Greatest Hits album in 1981.

The song was used in a preliminary cut of Rocky III, before being replaced by Survivor's "Eye of the Tiger". "When one of my idols, Brian May, attended one of our shows in Los Angeles in 1984, he brought up that subject," recalled Survivor guitarist Frankie Sullivan, to whom Sylvester Stallone had supplied a copy of the movie. "I offered to send him a copy of the tape, which I still own."

I listened to a lot of soul music when I was in school, and I've always been interested in that sort of music. I'd been wanting to do a track like 'Another One Bites the Dust' for a while, but originally all I had was the line and the bass riff. Gradually, I filled it in and the band added ideas. I could hear it as a song for dancing but had no idea it would become as big as it did. The song got picked up off our album and some of the black radio stations in the US started playing it, which we've never had before. Michael Jackson actually suggested we release it as a single. He was a fan of ours and used to come to our shows. —John Deacon

A fantastic bit of work from Freddie really. I mean, I remember Deacy having this idea, but Deacy doesn't sing of course, so he was trying to suggest to Freddie how it should be and Fred just went in there and hammered and hammered until his throat bled, making... you know, he really was inspired by it and took it to a new height, I think. —Brian May

John Deacon, being totally in his own world, came up with this thing, which was nothing like what we were doing. We were going for the big drum sound: you know, quite pompous in our usual way. And Deakey says, "No, I want this to be totally different: it's going to be a very tight drum sound." It was originally done to a drum loop - this was before the days of drum machines. Roger did a loop, kind of under protest, because he didn't like the sound of the drums recorded that way. And then Deakey put this groove down. Immediately Freddie became violently enthusiastic and said, "This is big! This is important! I'm going to spend a lot of time on this." It was the beginning of something quite big for us, because it was the first time that one of our records crossed over to the black community. We had no control over that; it just happened. Suddenly we were forced to put out this single because so many stations in New York were playing it. It changed that album from being a million-seller to being a three-million seller in a matter of three weeks or so. —Brian May

[Freddie] would certainly fight for things he believed in. Like 'Another One Bites the Dust' which was a bit of a departure for Queen. Roger, at the time, certainly felt that it wasn't rock and roll and was quite angry at the way it was going. And Freddie said, "Darling, leave it to me. I believe in this." John had written the song. But it took Freddie's support to make it happen. —Brian May

I remember laying down the backing track with him and... he really wanted the drums as dry as they could possibly be, so I just stuffed it all with blankets and made it as dead as I possibly could and very low tuned. —Roger Taylor

Credit for the song should go to Michael Jackson in many ways. He was a fan and friend of ours and kept telling me, "Freddie, you need a song the cats can dance to." John introduced this riff to us during rehearsal that we all immediately thought of disco, which was very popular at the time. We worked it out and once it was ready, played it for Michael. I knew we had a hit as he bobbed his head up and down. "That's it, that's the gravy. Release it and it will top the charts," he said. So we did and it did. —Freddie Mercury

Hot Damm, They actually had it!!  Weird Al First Performance, from what I read, he was soo nervous, but he nailed it right off the bat and the rest was music history.  Brian May from Queen thought the parody was hilarious, he loved it!
Posted by MrGarabaldi at 4:30 AM