Monday Music "Don't Answer Me" By The Alan Parsons Project

I figured it would scar the alphabet boys if they come busting in and hearing a song about people standing for their beliefs and willing to fight for them no matter the cost, Good Music  unlike that crap they listen to now.  What can I say, My humor is warped....just a bit. Next week will be "IronMan" by Black Sabbath,  Now that should really cause some psych evals., hehehe, some poor ATF guy trying to explain the attraction to his mother because he is imaging himself as The savior of the American way rather than working for an agency that have the initials of a convenience store.  I was thinking of this song would be good for one of the alphabet agencies knocking and we have the attitude of "Don't Answer me" because we ain't gonna answer that door.  They can kick it open and start "The Dance". 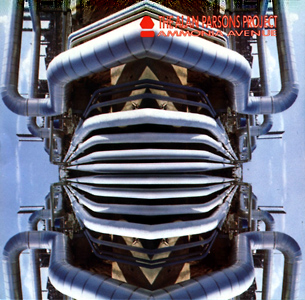 Ammonia Avenue is the seventh studio album by the British progressive rock band The Alan Parsons Project, released on 7 December 1983 by Arista Records. The Phil Spector-influenced "Don't Answer Me" was the album's lead single, and reached the Top 15 on the US Billboard Hot 100 and Mainstream Rock Tracks charts, as well as the fourth position on the Adult Contemporary chart. The single also reached the Top 20 in several countries and represents the last big hit for the Alan Parsons Project. "Prime Time" was a follow-up release that fared well in the top 40, reaching No. 34. "You Don't Believe" was the first single in November 1983, reaching #54 on Billboard Hot 100 and "Since The Last Goodbye" was a minor hit.

Ammonia Avenue is one of the band's biggest-selling albums, carrying an RIAA certification of gold and reaching the Top 10 in a number of countries.

"Don't Answer Me" is a 1984 song by the Alan Parsons Project from the album Ammonia Avenue. It reached number 15 on the Billboard charts in the United States and was the final Billboard Top 20 hit for the group. It also reached number 58 in the United Kingdom, the group's highest chart placing in their native country.  The music video was rendered in comic book style, with art and animation by Michael Kaluta.

Instead of the art rock and progressive rock sounds for which Alan Parsons was well-known, Parsons crafted "Don't Answer Me" in the style of Phil Spector and his Wall of Sound technique. Eric Woolfson, the co-writer, handled lead vocals on the single, with Mel Collins providing a saxophone solo with a "soothing yet destitute wail".

The music video was filmed at the Broadcast Arts animation studio, with Kaluta acting as lead designer and animator from a script by D.J. Webster. The video took 23 days to film, using a 40-man animation team, and combined traditional cel animation (in the rendering of the figures), stop-motion animation (for the majority of the movements), and even claymation. The final cost topped $50,000.

The video is presented as a story in the fictional comic book series, The Adventures of Nick and Sugar, set in 1930s Florida. The story starts at the Flamingo Bar, where Sugar is on a date with the thuggish "Muscles" Malone. Sugar was once Nick's girl, and Nick drinks heavily (emptying a bottle of Johnnie Walker Red) as he watches Malone manhandle Sugar. After finishing the bottle, Nick leaves the bar and drives to the Burgers'N'Shakes drive-in, passing a billboard with the Ammonia Avenue album cover displayed. While admitting his heartbreak to Leslie, the carhop, a black sedan carrying Malone and Sugar pulls up next to Nick's convertible. When Sugar resists Malone's demand for a kiss, Malone moves to slap Sugar. An enraged Nick pulls Malone from his car and starts brawling with the much-larger thug. Malone appears to have beaten Nick, but Nick summons one last powerful uppercut and knocks Malone clear off the planet, sending him into the left eye of the Man in the Moon. Nick and Sugar embrace, deeply in love; as they embrace, the view quickly cuts to a still picture drawing of the band featuring Woolfson and Parsons at keyboards, dressed in 1930s cocktail lounge outfits, performing the song. Nick and Sugar drive away together, with Nick pausing to wipe Malone out of the Man in the Moon's eye with his handkerchief.

The video was nominated for Most Experimental Video at the first-ever 1984 MTV Video Music Awards, but lost to Herbie Hancock's "Rockit".