I went to Academy with my son to look for a sling attachment for his Czech pump shotgun he has because he is going Turkey hunting. and toting a shotgun for several hours will get old.  I didn't tell him about me having to carry an M16 at "Patrol Ready" or the old version of it anyway for hours while walking around because I didn't want to bust his bubble. 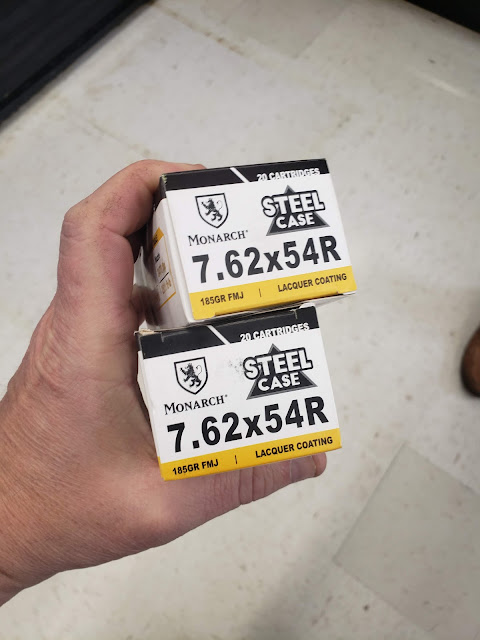 Well Anyway while we were there I bought some 7.62.54R for the Nagant,(Urra Rodina) and since my son is 18, I had him buy a couple of boxes also.  Academy had some 338 lapua and they had a bit of 7.62X39, I think i may need to buy an AK variant next because there seems to be ammo for that or I could build an AR for that caliber although I can see the purist hissing in disapproval.

I was messing around and saw the weather report and decided to clean up my garage so I can squeeze the car inside the garage.  I had to take 2 weeks vacation.  I had discovered that I could not roll over my excess vacation due to COVID like I thought and my renewal window was in April, like the early part of April and what isn't used is lost.  So I immediately dropped 2 weeks of vacation on the spot right under the window.  I am glad I caught it or I would have lost it and have been really pissed. but anyway...here is the car outside... 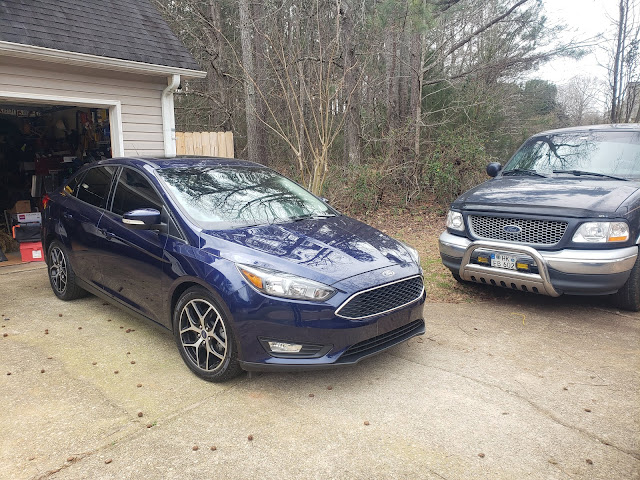 I apent a couple hours throwing crap away, moving the kids fishing stuff around and rearranging and moving the motorcycle...and was successful. 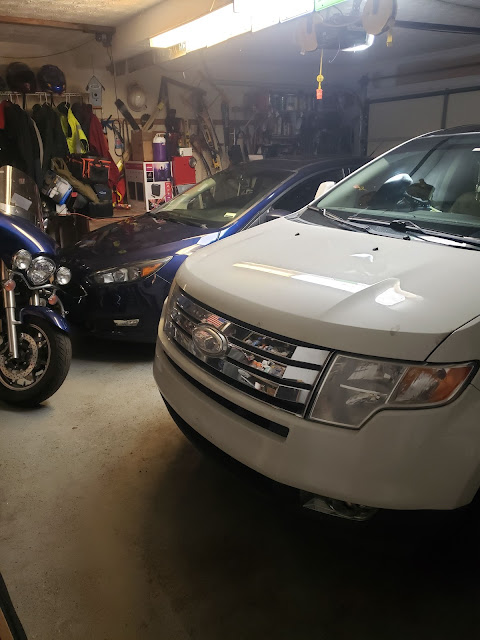 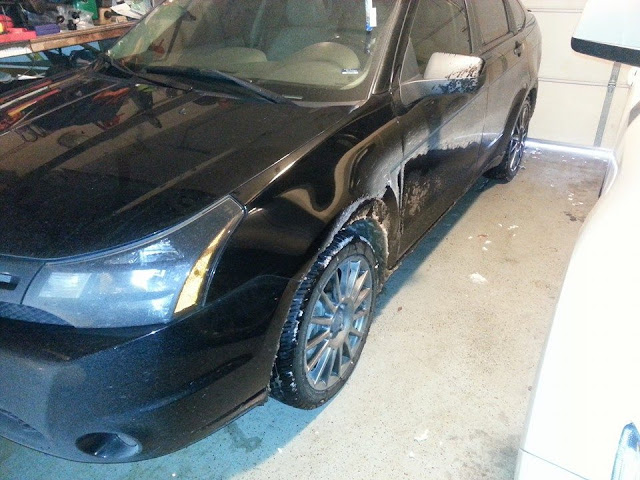 To show how close the car is to the motorcycle, I took this pic 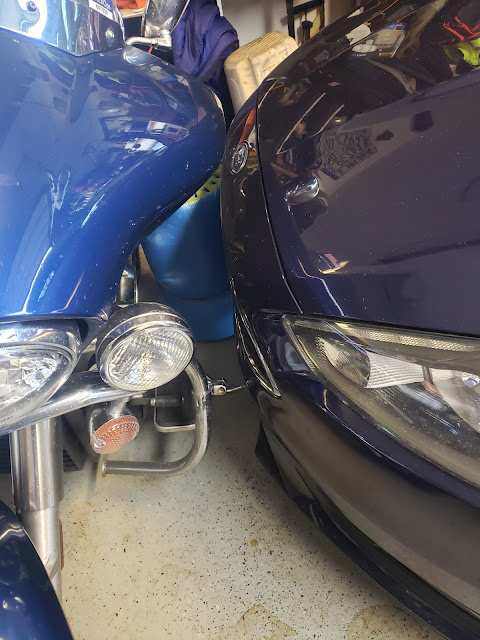 That blue thing is a Foam sleeping Pad I used when I was sleeping in the woods, I used it as a buffer to see how close I got to the Motorcycle without "Tagging" the Motorcycle.  the Motorcycle is close to the workbench but we still have access to the "Garage Refrigerator". 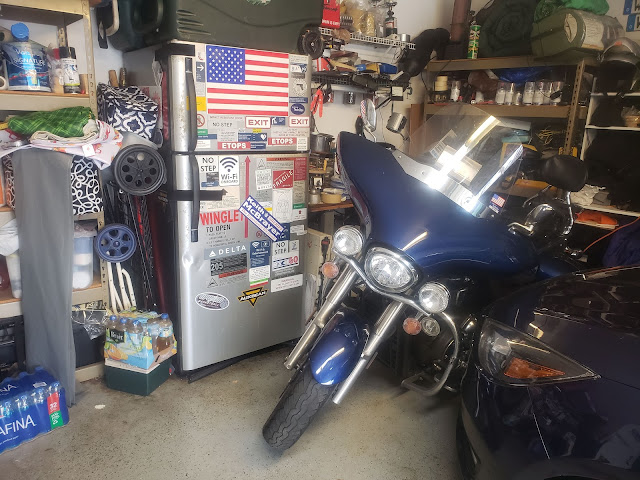 I "borrowed " the Spousal Units "Loofa" as a marker to mark where the windshield was so I would know where to stop in the future. 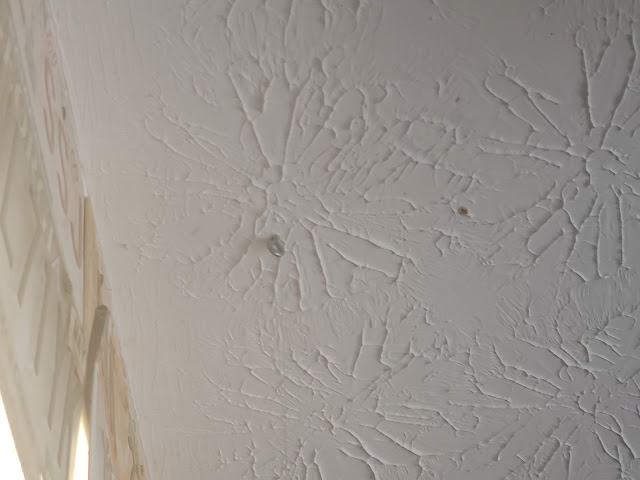 The Eyehook where I used to have one where I had a marker at one time for my past Focuses (Foci's) was still there so stringing it up was a piece of cake. 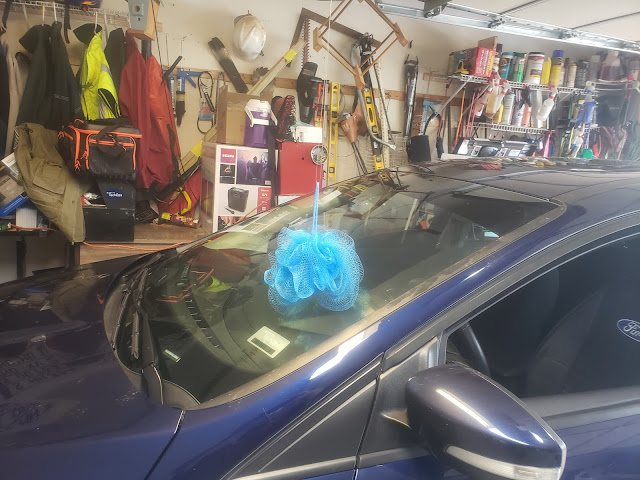 So it looks "Kinda Gay" but its my garage, and  I'm secure in my manhood so I will flounce back in my house thank you very much.
Posted by MrGarabaldi at 2:26 PM