I figured it would scar the alphabet boys if they come busting in and hearing a song about people standing for their beliefs and willing to fight for them no matter the cost, Good Music  unlike that crap they listen to now.  What can I say, My humor is warped....just a bit. Next week will be "Emerald" by Thin Lizzie, That song was recommended by "BadFrog", one of my readers,  Now that should really cause some psych evals., hehehe, some poor ATF guy trying to explain the attraction to his mother because he is imaging himself as The savior of the American

I decided to go with "Twisted Sister I Wanna ROCK."   This song was very popular when I was in the service especially when we had to have a G.I party...Those that were in the service would know the reference.  We would have several stereo's in the quad play this very loud while we were cleaning.   Even now when I hear it, I automatically look for the floor buffers. 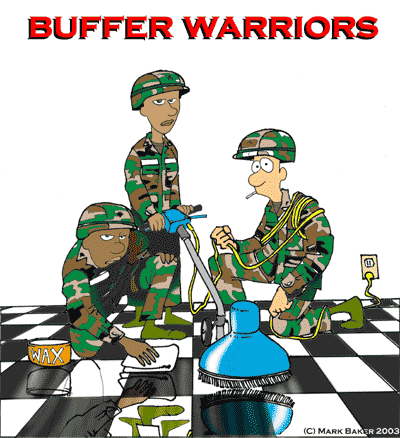 Here are some more details of the song. 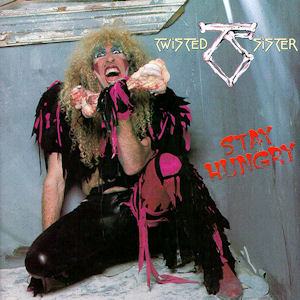 Stay Hungry is the third studio album by American heavy metal band Twisted Sister. Released on May 10, 1984, the album includes the band's two most well-known songs, "We're Not Gonna Take It" and "I Wanna Rock". According to RIAA certification, Stay Hungry gained multi-platinum status with U.S. sales of more than 3,000,000 copies.

Twisted Sister performed the song "Burn in Hell" during a cameo appearance in the 1985 film Pee-wee's Big Adventure. The song "Burn in Hell" was covered by black metal band Dimmu Borgir on Puritanical Euphoric Misanthropia. "We're Not Gonna Take It" was also covered by Bif Naked on the Ready to Rumble soundtrack. The two songs that comprise the Horror-Teria segment became the basis of Twisted Sister lead singer Dee Snider's 1998 film Strangeland, in which Captain Howdy was played by Snider himself. The "Captain Howdy" segment of the "Horror-Teria" suite would later be covered by the death metal group Broken Hope on their album Repulsive Conception and in 1999 by the Swedish heavy metal band Morgana Lefay on their Symphony of the Damned, Re-symphonised album.

In 2004, the band re-recorded the tracks from this album and re-released them under the title Still Hungry.

In 2009, the band played Stay Hungry in its entirety for the first time including songs never played live before, such as "Don't Let Me Down" and "Horror-Teria: Street Justice"

Like the earlier "We're Not Gonna Take It", the video features actor Mark Metcalf, best known as the abusive ROTC leader Douglas C. Neidermeyer from the movie National Lampoon's Animal House. Here, he plays a teacher with a similar personality to Neidermeyer, who harasses a student for drawing the Twisted Sister logo on one of his textbooks. He chastises the student by shouting "What kind of a man desecrates a defenseless textbook?! I've got a good mind to slap your fat face!", which echoes a line from Animal House: "What kind of man hits a defenseless animal [a misbehaving horse]? I've got a good mind to smash your fat face in!"

Metcalf's character reprises his question from the "We're Not Gonna Take It" video, "What do you want to do with your life?!" This provides a lead-in for the track, as the student answers with the first line of the song, "I wanna rock!", after which he and four of his classmates are instantly transformed into Twisted Sister's five members. After the vicious teacher's repeated attempts to stop his rock-loving students not only fail but also backfire on him, he crawls into the principal's office, only to be confronted by the principal, played by Stephen Furst, who played Kent "Flounder" Dorfman in Animal House, alongside Metcalf. Furst reprises one of his lines from the movie: "Oh boy, is this great!", before he sprays water from a seltzer bottle at the teacher.

Posted by MrGarabaldi at 8:00 AM