This is loaded into my scheduler thingie that I have to srop when it is supposed to (I Hope).

I am continuing with my all time favorite music, the stuff that I can listen to over and over again, this is another one of the songs that I can do that with if Sirius/XM would ever let me host a show for an hour.
I first heard of "Lido Shuffle" in the mid 70's, this song was put out on the "Wolfman Jack" show that I would listen to late at night while we were living in Germany when I was suppose to be asleep to go to school but had the radio behind my head playing softly as to not disturb the parents....and bring their wraith kinda stuff.  "Lido shuffle" ranks up there in my top 10 favorite songs, to me it is a good driving song when you are on the road and watching the blacktop roll under your wheels. 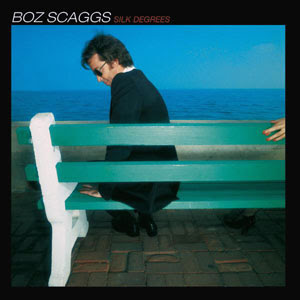 Silk Degrees is the seventh album by Boz Scaggs, released on Columbia Records in 1976. The album peaked at #2 and spent 115 weeks on the Billboard 200. It has been certified five times platinum by the RIAA and remains Scaggs's best selling album. Silk Degrees spawned four singles, of which "It's Over", "Lowdown", and "Lido Shuffle" all made the Top 40, while the fourth, What Can I Say, peaked just outside the top 40, at #42. 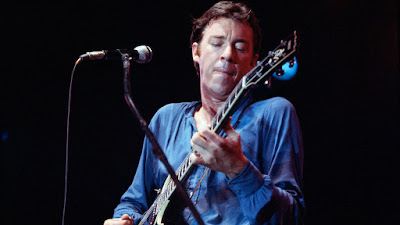 "Lido Shuffle" is a song written by Boz Scaggs and David Paich and introduced on the 1976 Boz Scaggs album Silk Degrees.
Scaggs recalled: "'Lido [Shuffle]' was a song that I'd been banging around. I...took the idea of the shuffle [from] a song that Fats Domino did called 'The Fat Man' that had a kind of driving shuffle beat that I used to play on the piano, and I just started kind of singing along with it. Then I showed it to Paich and he helped me fill it out. It ended up being 'Lido Shuffle'."
Members of the backup band on "Lido Shuffle" - including David Paich - later formed Toto.
Released as the album's fourth single, "Lido Shuffle" reached #11 US and #13 UK. In Australia the track spent 3 weeks at #2 as a double A-side hit with "What Can I Say".

I like to use video's from the time that the song was released, it is a while different video experience than seeing the singers on some remembrance tour, if that makes sense.  Back then, they have more "soul" than the stuff that has been put out in the last few years.
Posted by MrGarabaldi at 4:30 AM