Monday Music "Run To You" by Bryan Adams

I am still taking a break from the "Bugaloo" theme I have been running since 2019.  I will restart that muse in a few weeks.  I wanted to give that poor muse a rest since I have been riding it like a Shetland pony at the fair.   This Theme is if I had a chance to run a segment on Sirius/XM and what songs I could listen to over and over again and this song is one of them.

"Run to You" is a song by Canadian singer and songwriter Bryan Adams. It was released in October 1984 as the lead single from his fourth studio album, Reckless (1984). The track deals with the subject of infidelity, and is sung from the perspective of a man who declares that he will continue to "run to" his seductive mistress over his faithful partner; critic Ira Robbins for CMJ called it a "cheating classic". In the accompanying music video, however, Adams portrays his guitar as the object of desire.
The song topped the Billboard Top Rock Tracks chart and peaked at number 6 on the Billboard Hot 100. It has appeared on all of his compilation albums. The single was certified Gold in Canada in 1985. 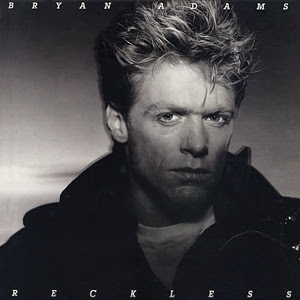 After a tour in Asia, Adams started the recording for Reckless.The recording for "Run to You" started on March 27, 1984 at Little Mountain Sound, Vancouver, Canada and continued through the summer. It was mixed on September 21 in New York by Jim Vallance. The song, written January 10, 1983, became the last song written for Reckless. Adams and Vallance originally wrote the song for Blue Öyster Cult, but the group turned it down. 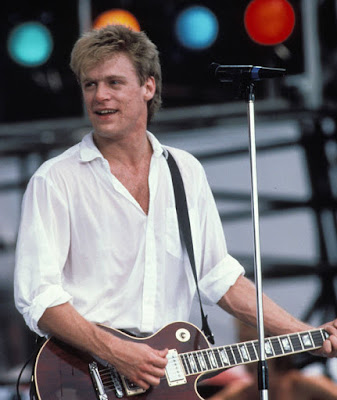 "Run to You" was released in October 1984 and became one of the most successful songs from Reckless on the American rock charts and arguably one of Bryan Adams's most recognizable and popular songs. "Run to You" was released worldwide on October 18, 1984. It was his first number one on the Billboard Top Rock Tracks chart and reached #6 on the Billboard Hot 100. "Run to You" reached the top twenty on the Canadian singles chart and remained there for seven weeks. It held the highest Canadian chart position Adams had attained at the time of release and became his second top twenty single in Canada. "Run to You" was released the following month in Ireland and peaked at #8 and reached #11 on the UK Singles Chart. It was his second single to chart in Europe.
Stewart Mason from Allmusic said "Run to You" was the first of the album's six Top 30 hits, and in retrospect, "one of the weakest of the lot. Although the song has a thundering chorus, the kind that sounds truly excellent blasting through FM speakers, there is quite literally not much else to the song: of the song's nearly four-minute length, over half of the song is devoted to repeats of the chorus and an unimaginative instrumental breakdown that leads into a seemingly endless vamp on the chorus to fade." The long instrumental is indicative of the theme of the music video where the protagonist is serenading his guitar as the object of his affection.

The music video was shot in London, England and later Los Angeles. Directed by Steve Barron, it was nominated for the 1985 MTV Video Music Awards in five different categories: Best Direction, Best Special Effects, Best Art Direction, Best Editing, and Best Cinematography. While the song didn't win any of the awards, it has received more MTV Video Music Award nominations than any other of Adams's songs. The English actress Lysette Anthony appears in the video.
Posted by MrGarabaldi at 4:30 AM