I have several books of George S. Patton and one of them is full of musings and observations of General Patton.   I also like the movie, George C. Scott did an amazing job portraying him.
I use a quote that was attributed to George Patton was "A good plan now violently executed will work better than a perfect plan next week".   General Patton had a belief for almost anything from reincarnation to Physical training. 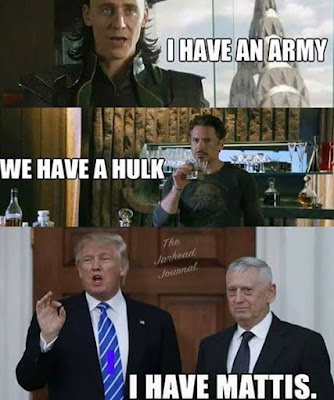 With the confirmation of General James Mattis as Secretary of Defense, the “Mad Dog’s” no-holds-barred quotes have been making their way around, and he’s been compared to another eminently quotable officer: General George S. Patton. But with all due respect to Mattis, there’s no one truly like the original. Below you’ll find a collection of “Old Blood and Guts’” unapologetic musings on duty, action, and the brutal art of war.
______________________ 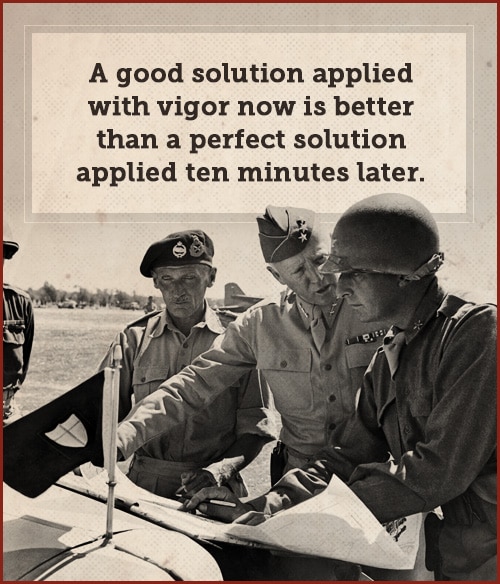 “There is nothing more pathetic and futile than a general who lives long enough to explain a defeat.”
“You are not beaten until you admit it.”
“War is the only place where a man lives.”
“Do your duty as you see it, and damn the consequences.”
“Success in war depends on the golden rules of war: speed, simplicity, and boldness.”
“The object of war is not to die for your country but to make the other bastard die for his.” 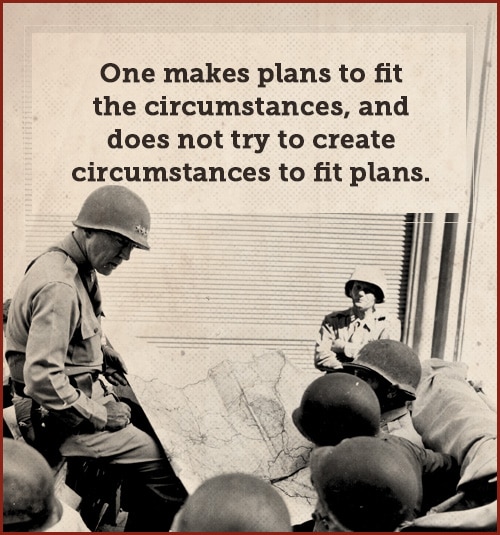 “It’s the unconquerable soul of man and not the nature of the weapon he uses which insures victory.”
“Anything done vigorously is better than nothing done tardily.”
“Officers must assert themselves by example and by voice.”
“We can conquer only by attacking.”
“There is no approved solution to any tactical situation.”
“There is only one tactical principle which is not subject to change. It is, ‘To use the means at hand to inflict the maximum amount of wounds, death, and destruction on the enemy in the minimum amount of time.’” 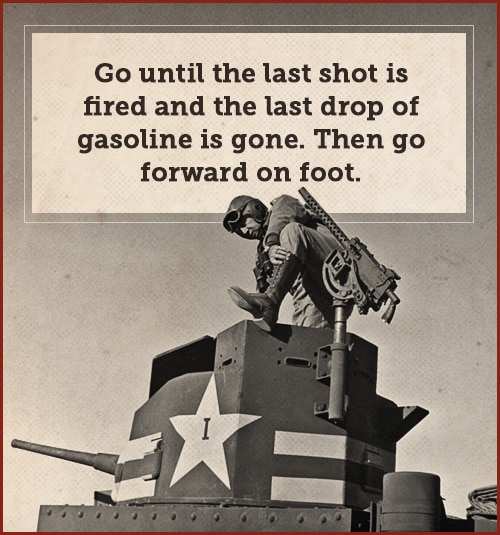 “Battle is the most magnificent competition in which a human being can indulge. It brings out all that is best; it removes all that is base.”
“It is easy to die for nothing; one should die for something.”
“As long as you attack them, they cannot find the time to attack you.”
“One continues to learn about war by practicing war.”
“The world has no use for a defeated soldier and nothing too good for a victor.” 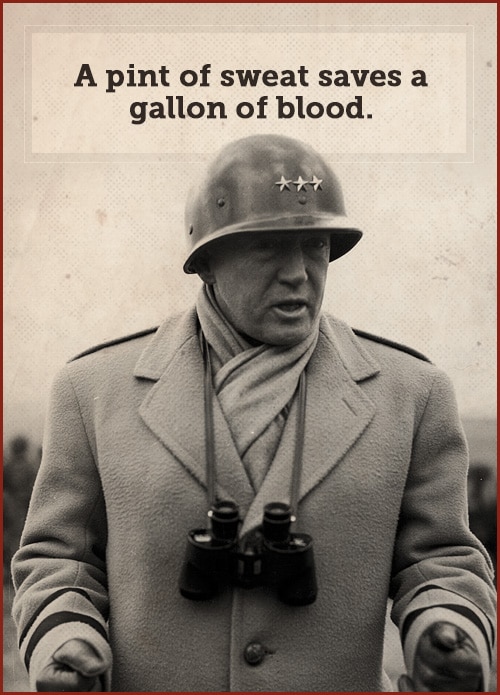 “Never stop being ambitious. You have but one life, live it to the fullest of glory and be willing to pay any price.”
“Always do more than is required of you.”
“Punishment is not for the benefit of the sinner; it is for the salvation of his comrades.”
“Everything is a final heat.”
“War is simple, direct, and ruthless. It takes a simple, direct, and ruthless man to wage it.”
“By perseverance, and study, and eternal desire, any man can become great.” 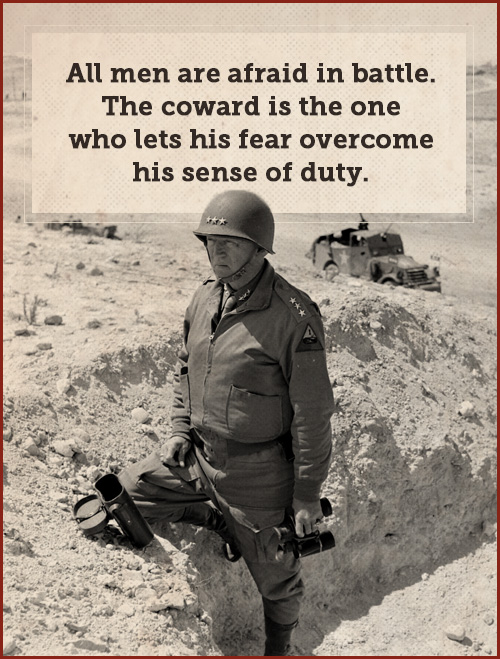 “The unleavened bread of knowledge will sustain life, but it is dull fare unless it is leavened with the yeast of personality.”
“Do not regard what you do only as preparation for doing the same thing more fully or better at some later time. Nothing is ever done twice. There is no next time.”
“There is but one international law: the best Army!”
“It is better to live in the limelight for a year than in the wings forever.”
“If a man thinks war long enough, it is bound to have a good effect on him.” 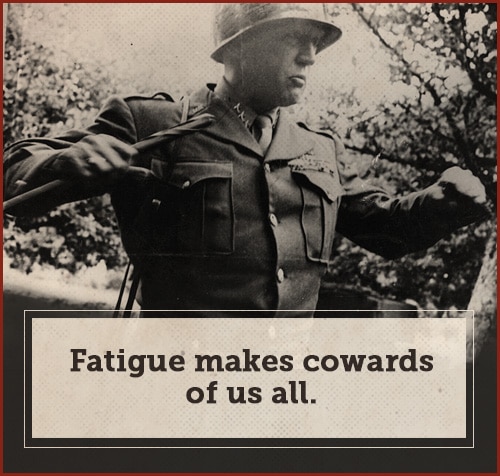 “Haste and speed are not synonymous.”
“The pacifist actually refuses to defend what defends him; his country. In the final analysis this is the most basic immoral position.”

"Proud of these men"

“Many soldiers are led to faulty ideas of war by knowing too much about too little.”
“Cowardice is a disease and it must be checked before it becomes epidemic.”
“War is an art and as such it is not susceptible of explanation by fixed formula.”
“In peace, the scholar flourishes. In war, the soldier dies. So it comes about that we view our soldiers through the eyes of scholars and attribute to them scholarly virtues.” 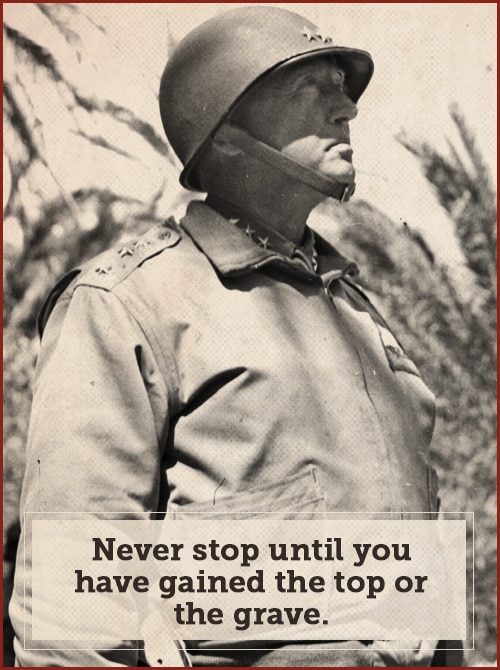 “The greatest privilege of citizenship is to be able to freely bear arms under one’s country’s flag.”
“Throughout history wars have been lost because of armies not crossing rivers.”
“War is a killing business. You must spill the enemy’s blood or they will spill yours.”
“To be a successful soldier, you must know history.”
“The hardest thing a general has to do is to wait for the battle to start after all of the orders have been given.” 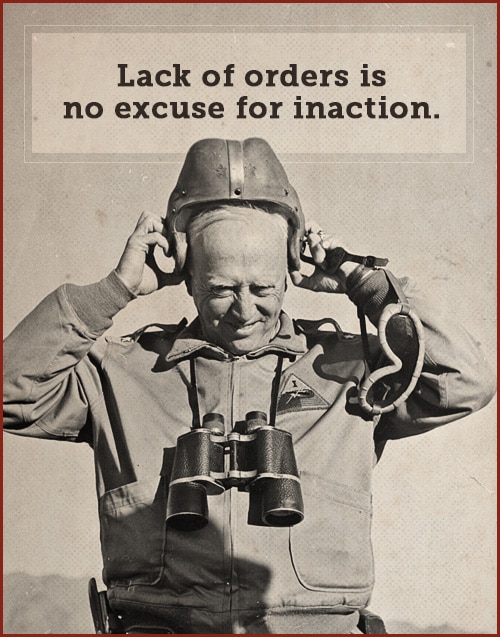 “Never make excuses whether or not it is your fault.”
“If brevity is the soul of wit, then repetition is the heart of instruction.”
“As long as man exists, there will be war. The only way to avoid trouble is to have the best Army, Navy, and Air Force.”
“The important thing in any organization is the creation of a soul, which is based on pride, in the unit.”
“Americans do not surrender.”


"All Glory is Fleeting"
Posted by MrGarabaldi at 9:54 AM

Email ThisBlogThis!Share to TwitterShare to FacebookShare to Pinterest
Labels: Patton