I was on the way to work and this song came on my 70's channel on my Sirius XM in my truck and I had totally forgotten about this song.  I enjoyed the trip down memory lane.  I remember when this song came out and it was huuuuge.  When I was a kid I really liked this song and I kept imaging it was Donald Duck singing the song. 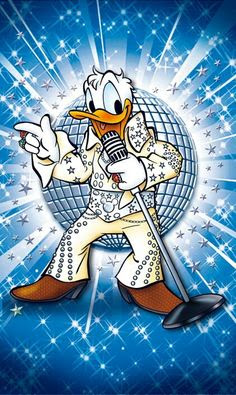 What can I say, I was 10 years old back then and there was no internet to research things.

"Disco Duck" is a satirical disco novelty song performed by Rick Dees and His Cast of Idiots. At the time, Dees was a Memphis disc jockey. It became a number-one hit on the Billboard Hot 100 for one week in October 1976 (and ranked #99 out of the 100 most popular songs of the year according to Billboard magazine). It also made the top 20 on the Billboard Hot Soul Singles chart, peaking at number 15. "Disco Duck" was initially released in the south by Estelle Axton's Fretone label, but it was later released by RSO Records for national and international distribution. 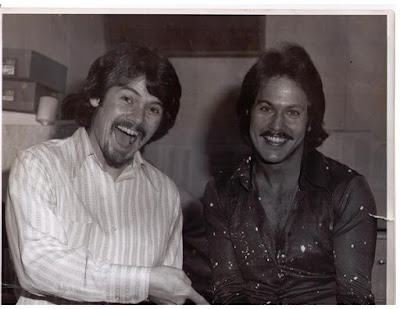 Written by Dees, "Disco Duck" was inspired by a 1960s novelty dance song called "The Duck," recorded by Jackie Lee (Earl Lee Nelson in 1965. According to Dees, it took one day to write the song, but three months to convince anyone to perform it.
Combining orchestral disco styles with a Donald Duck–esque voice as the main plot point, the story within "Disco Duck" centers around a man at a dance party who is overcome by the urge to get up and "get down" in a duck-like manner. When the music stops, he sits down, but when he decides to get up and dance again, he finds that everyone in the room is now doing his dance. 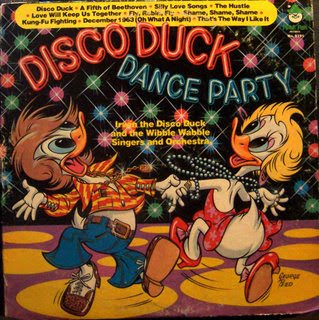 A misconception about "Disco Duck" is that the voice of the duck itself was provided by Clarence Nash, the original voice of Donald Duck in many Walt Disney cartoons, but on several occasions the Disney Company maintained that Nash never contributed to the song. The voice of the duck was performed by Ken Pruitt, an acquaintance of Dees, as stated on the label of the RSO release. For the live tour, the duck vocals were handled by Michael Chesney, another acquaintance of Dees.

This video is a tongue in cheek humor of the Disco era, it is campy but a fun song and video
"Disco Duck" became a nationwide hit in the United States by September 1976. On the Billboard Hot 100 singles chart, it peaked at number one on October 16, 1976, for one week, held the number-two spot for the following four weeks and remained in the Top 10 for a total of 10 weeks.
For all its success, "Disco Duck" was shunned by radio stations where Dees was living in Memphis, including WMPS-AM, the station Dees worked for at the time. Station management forbade Dees from playing the song on his own show and rival stations in the city refused to play it for fear of promoting the competition. When Dees talked about (but did not play) the song on his show one morning, his boss fired him citing conflict of interest. After a brief mandatory hiatus, Dees was hired by station WHBQ-AM, WMPS's primary competition in Memphis.
By the time "Disco Duck" had become a hit, Dees and his "Idiots" started making the rounds of the popular TV music shows to promote the song. On American Bandstand (and similar shows), Dees lip-synched to the recording, alone on stage with puppeteer Rickey Provow animating a duck puppet that he had made. Ironically, this appearance was never seen in the Memphis area due to then-ABC affiliate WHBQ-TV pre-empting Bandstand for wrestlin at the time and for the aforementioned

Memphis radio avoidance reasons. But when Dees appeared on The Midnight Special and did a live tour up the East Coast, he gathered together a band, backing singers and a commercial artist, Michael Chesney, to perform the duck vocals, and they did everything live.

Saturday Night Fever scene
"Disco Duck" even made an appearance in the film Saturday Night Fever, in a dance club scene in which a group of senior citizens were learning to dance disco-style. It was also featured in a deleted scene added back to the PG version. As it stands, Dees could have made an even more substantial amount of money from the song. According to Dees, his manager at the time made the unwise decision to deny use of the song on the film's soundtrack because of fears that it would compete with sales of Dees's own album.The Saturday Night Fever soundtrack has now currently sold 40 million copies worldwide, and is the second best-selling soundtrack of all time.

Posted by MrGarabaldi at 7:43 AM