Why is Trump feared by the Left.

I cribbed this from the Federalistpapers.org site.  I read this and it is true, the left has up to this point won the culture wars.  You look in TV and you see every show has the obligatory gay couple, the black couple, the Hispanic couple and anything else that caters to their belief system.  If there is regular people shown, they show them as ignorant, bigoted or flat out racist.  All the show one time or another make a swipe at white racism.  I saw it from movies, to TV show.  If there is a need to make a "bad guy" , it will be the "Racist KKK white guy", and it always shows the protagonist defeating the "racist, bigoted KKK white guy," it is the staple.  There is nothing shown about racism from other groups or the poor behavior of muslims.  If there is a greedy person, it will always be a white guy basking in "white privilege." This is why the Left lost, when you rub peoples face in the pile time after time, they tend to get irritated.


What do Meryl Streep, John Oliver, and Whoopi Goldberg have in common?
They’re all absolutely terrified of Donald Trump.
But, if you understand the Constitution–our balance and separation of powers–you know that one man, over four years has limited influence and power.
So why is Hollywood so incredibly terrified? 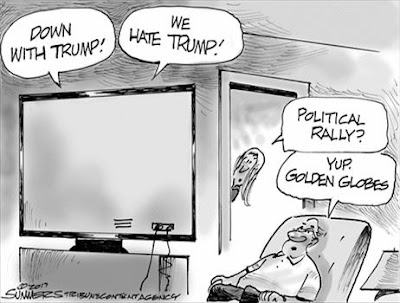 The left is used to losing political battles. They scream and cry over these but they don’t truly panic, because they know that as long as they maintain their hammerlock on the culture, Republicans can’t really change anything.
Blue Team Progressivism is a church, offering you moral superiority and a path to spiritual enlightenment. As a church it’s got a lot going for it. It runs religious programming on television, all day every day. Every modern primetime program is like a left-wing Andy Griffith show, reinforcing lessons of inclusion, tolerance, feminism, and anti-racism.
Watching a 90-pound Sci-Fi heroine beat up a room full of giant evil men is as satisfying to the left as John Wayne westerns were for the right.
The Blue Church controls the HR department, so even if you don’t go to church, you have to act like a loyal churchgoer in every way that matters while you’re on the clock. And off the clock, on any kind of public social media platform. 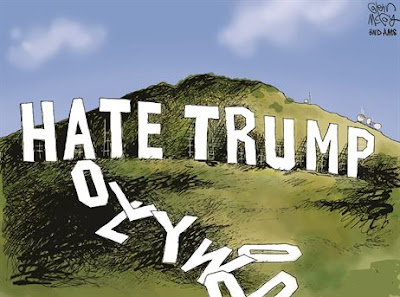 The John Olivers and Jon Stewarts of late night are “basically TV preachers” and Hollywood award shows “are like church talent shows”.
Even if the Republicans win, the Left maintains culture. But this Reddit posts suggests, with Trump’s victory, a new culture has emerged.
Not the traditional you-need-us-conservatives-for-national-security-victory (or jobs or national defense).
No, this win was different. It’s a new religion that might replace the Blue Team progressive church. 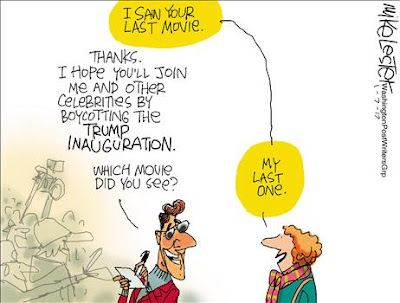 For the first time in decades, voters explicitly rejected the Blue Church, defying hours of daily cultural programming, years of indoctrination from the schools, and dozens of explicit warnings from HR.
We’ve been trained since childhood to obey the pretty people on TV, but for the first time in decades, that didn’t work.
Donald Trump won because flyover America wants their culture back, and Blue Team has not been rejected like that before.
The younger ones have grown up in an environment where Blue Faith assumptions cannot even be questioned, except anonymously by the bad kids on Twitter. 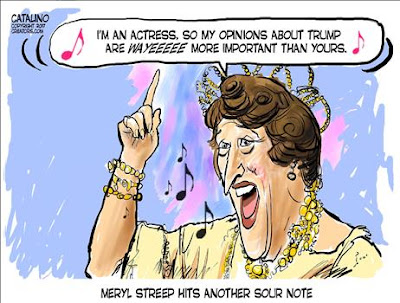 In other words, America is over it. We’re over Hollywood telling them what to believe.
We’re over feeling bad or wrong for what we think, and sterilizing and purifying every statement to make everyone feel more comfortable.
A new tide has come and it isn’t because Blue Church Progressive America needs some old, traditional Republican products.
Nope. It’s because a new sheriff, a new religion is in town that does not cater to the Meryl Streeps of the world.
Move over, Hollywood.