I ran across this article on true leadership surfing the web and I decided to post about it and add some information.  I knew who George C. Marshall was and I got some more information from Wiki.

Born in Uniontown, Pennsylvania, Marshall was a 1901 graduate of the Virginia Military Institute. After serving briefly as commandant of students at the Danville Military Academy in Danville, Virginia, Marshall received his commission as a second lieutenant of Infantry in February, 1902. In the years after the Spanish-American War, he served in the United States and overseas in positions of increasing rank and responsibility, including platoon leader and company commander in the Philippines during the Philippine–American War. He was the Honor Graduate of his Infantry-Cavalry School Course in 1907, and graduated first in his 1908 Army Staff College class.
In 1916 Marshall was assigned as aide-de-camp to J. Franklin Bell, the commander of the Western Department. After the United States entered World War I, Marshall served with Bell while Bell commanded the Department of the East. He was assigned to the staff of the 1st Division, and assisted with the organization's mobilization and training in the United States, as well as planning of its combat operations in France. Subsequently assigned to the staff of the American Expeditionary Forces headquarters, he was a key planner of American operations including the Meuse-Argonne Offensive.

“I am certain in the belief that the average man who scrupulously follows this course of action is bound to win great success.”
George Marshall must be one of, if not the most underappreciated leaders in American history, and certainly of the 20th century.Most people today have no idea who he was and what effect he had on Post WWII America.  Here is some information, 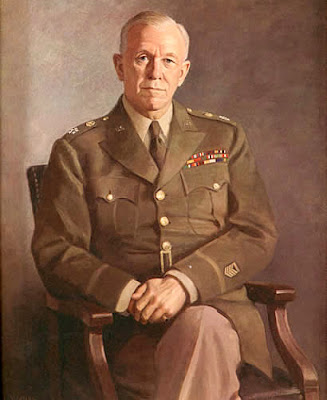 Not only was he the military genius in charge of the US Army during World War II and the most directly responsible for its success, he was considered the primary leader of the Allied War effort by every major Allied leader. Roosevelt found him indispensable as his Army Commander, Winston Churchill called him the “true architect of victory” in the War, and even Stalin claimed he’d personally trust his life to Marshall.
It was Marshall who, from a standing start of a few hundred thousand soldiers, raised an army of millions and oversaw the major operations that would lead to the liberation of Europe.
Churchill put Marshall’s best qualities — his leadership in the worst of times — on display when he wrote:


“There are few men whose qualities of mind and character have impressed me so deeply as those of General Marshall … He is a great American, but he is far more than that … He has always fought victoriously against defeatism, discouragement and disillusion. Succeeding generations must not be allowed to forget his achievements and his example.”

Marshall is now mostly known for his genius Marshall Plan as Secretary of State, which sought to re-build Europe (including Germany) in the aftermath of the war thus being awarded the Nobel Peace Prize in 1953. 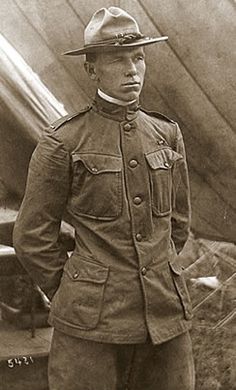 Before World War II, Marshall had a long and distinguished military career, including as the primary aide to General John J. Pershing, the Commander of the American Expeditionary Force in World War I. And during this time, Marshall wrote a letter that perfectly exemplifies the qualities of a great leader. It would go on to be included in his posthumously published World War I memoir, Memoirs of My Services in the World War, 1917-1918. 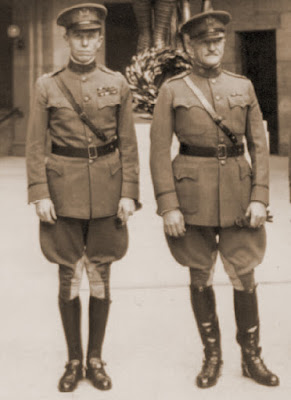 Here, Marshall lays out the four qualities required to be a successful leader in a war situation.
What strikes the most about them is that they are neither complicated nor available to a select few nor specific to war at all. They are simply hard. And if Marshall’s life is a testament to anything, it’s that the ability to do hard things at the right time is the essence of a great leader.

November 5, 1920
General John S. Mallory
15 University Place
Lexington, Virginia
My Dear General Mallory,
Last summer during one of our delightful rides I commented on the advice I would give a young officer going to war, based on my observation of what had constituted the success of the outstanding figures in the American Expeditionary Forces, and you asked me to write out what I had said. A discussion with Fox Conner this morning reminded me of my promise to do this, so here it is.
To be a highly successful leader in war four things are essential, assuming that you possess good common sense, have studied your profession and are physically strong.
When conditions are difficult, the command is depressed and everyone seems critical and pessimistic, you must be especially cheerful and optimistic.
When evening comes and all are exhausted, hungry and possibly dispirited, particularly in unfavorable weather at the end of a march or in battle, you must put aside any thought of personal fatigue and display marked energy in looking after the comfort of your organization, inspecting your lines and preparing for tomorrow.
Make a point of extreme loyalty, in thought and deed, to your chiefs personally; and in your efforts to carry out their plans or policies, the less you approve the more energy you must direct to their accomplishment.
The more alarming and disquieting the reports received or the conditions viewed in battle, the more determined must be your attitude. Never ask for the relief of your unit and never hesitate to attack.
I am certain in the belief that the average man who scrupulously follows this course of action is bound to win great success. Few seemed equal to it in this war, but I believe this was due to their failure to realize the importance of so governing their course.
Faithfully yours,
George C. Marshall
Major, General Staff
Aide-de-Camp 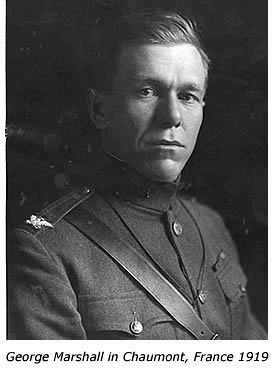 Posted by MrGarabaldi at 9:42 AM