Monday Music "Got A Hold On Me" by Christine McVie

I was running an Archery range this weekend for "Spookoree" it is a cub scout campout and it is very important for the new cub scouts and gets them really excited about being a cub scout.  I then headed to an Eagle Scout Ceremony where one of my scouts was getting awarded his Eagle Rank, I was pleased that he finally made it.  He got the award and he made a speech and started handing out a few "Mentor" pins for the adults that were instrumental in he making his rank.  I was surprised that I was awarded the first one from him and it is my first "mentor" pin. 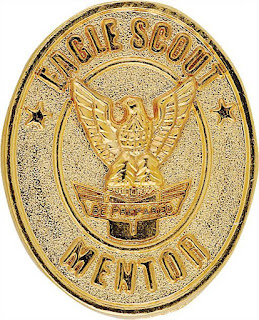 Needless I was totally surprised to get the award from him, I was not expecting that and was honored that I was even considered a good influence.


I thought I had done this song before, it is a very good song and it was briefly my favorite song until I heard Don Henley "The Boys of Summer".  But according to my blog, I never did.

Christine McVie is the second solo album by the British Fleetwood Mac vocalist / keyboardist Christine McVie, released in 1984.
It was McVie's first solo recording since her 1970 self-titled release (under her maiden name). It features two U.S. top-40 hit singles, "Got a Hold on Me" (US#10) and "Love Will Show Us How" (US#30). The album itself also achieved modest success in the United States, peaking at #26 and spending 23 weeks on the Billboard 200.In the UK, the album entered at #58 on chart.
The band on this album includes Christine McVie (keyboards, percussion and vocals), Todd Sharp (guitar and backing vocals), George Hawkins (bass and backing vocals), and Steve Ferrone (drums and percussion). 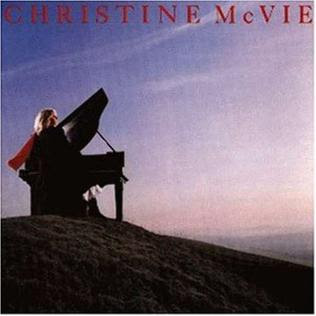 Fleetwood Mac guitarist Lindsey Buckingham sings backing vocals on tracks 2, 7 & 10, plays guitar on tracks 3 and 6, and plays lead guitar on track 10. Mick Fleetwood plays drums on track 5. Eric Clapton plays lead guitar on "The Challenge," and Steve Winwood shares lead vocals on "One in a Million" and contributes backing vocals and piano to "Ask Anybody," as well as playing synthesizer on several tracks.

The video for the song was produced and directed by Jon Roseman and premiered in February 1984. Shot in both black-and-white and color, it is a pseudo-performance video showing Christine McVie in a mansion-like room singing at her piano while a backup band appears in silhouette shadows on the walls around her.
Posted by MrGarabaldi at 6:00 AM