I have made it back home, the past 2 weeks have been very busy, I will explain more in a subsequent post.  Basically in a nutshell, it was the perfect storm of events with my having to travel a lot with little opportunity to post with the exception of a bit on zuckerman creation.  I came back from my latest trip and was home an hour and the UPS man came by and returned my rifle...Remember a couple of weeks ago, I was having problems with my Henry Lever Action..Here is the post...last week?..or the week before....I can't remember...with my adventures of trying to mail the rifle to Henry Repeating Arms.  A friend of mine at work who is a hardcore Henry Rifle owner suggested I contact the company with their warranty program.  Well they told me to mail the rifle to them and they furnished the RMA which covered the shipping and the insurance.

"I then went to the UPS store to mail off my Henry rifle back to the factory, they are warrantied the issue so I went to mail the rifle off....Well the UPS store wouldn't take my rifle...Company policy..

I then contact UPS via phone and got the run around, had to set up for "residential" pickup...and that was $14 more...The lady on the phone told me that "You could have used the UPS Store", I replied..."I tried....Your company policy forbid them accepting my rifle.to ship." 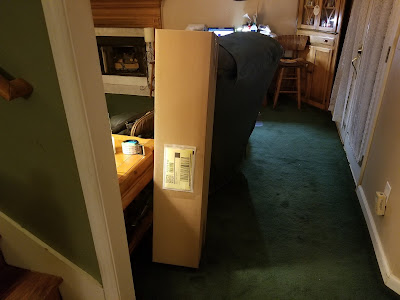 
Needless to say I am not enamored with UPS.."

Here is the Post I made a month or so ago while I shot the Henry for the first time....Before it went to the Factory for warranty items...

"I pulled out the rifle and laid it on the bench and it took a bit of work to release the retaining rod.  Remember that part of the story....

I loaded it with a mixture of .38 SPL and .357 magnum.  The rifle is loaded through a tubular magazine 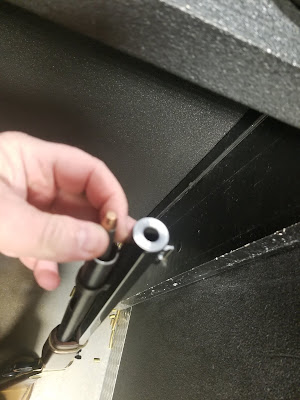 I had a hell of a time getting the retaining rod to rotate the notch to lock it in place.  But I was able to do that.  It took some work but I got the rod locked in place.  The rifle was really easy to shoot, but I had initial problems with the action and some of the .38 rounds didn't eject properly...That is something that is known about the rifle.  The rifle shot the .357 no problem.
I was able to get the rod out to reload the rifle but I couldn't get the rod to rotate to lock the rod in place.  I attribute this to the rifle being "new".  I wound up going to the guy behind the counter and asking for a set of pliers to help out. 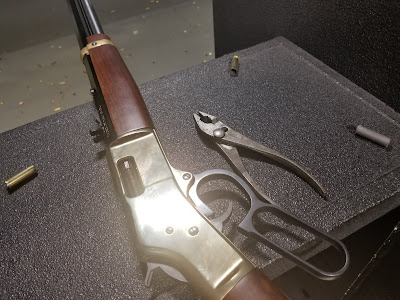 The pliers did the trick, I then loaded the rifle for my son to shoot.. 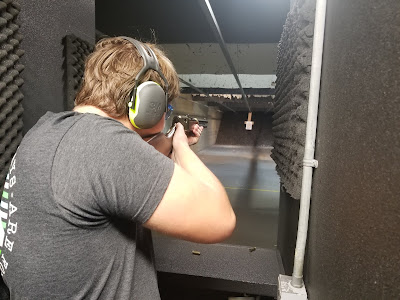 He enjoyed shooting the rifle, he did better with the action that I did, LOL   He made some comment about my age. 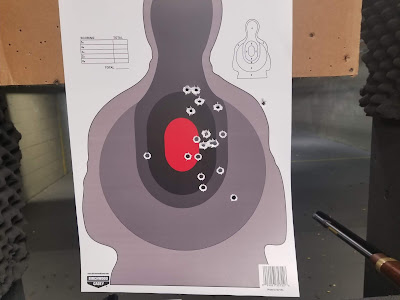 I sucked....I know this is breathing but I should have slowed down and focused more on the fundamentals.  I felt rushed because of the outside time factors we were under.   I will take the rifle again to the range and this time I will bring my own set of pliers and hopefully it will get easier as the rifle breaks in."


Well I was home and was planning on looking on the computer and checking in with Henry to see the status on my rifle.  Well the UPS guy came to my door and he had a box.... 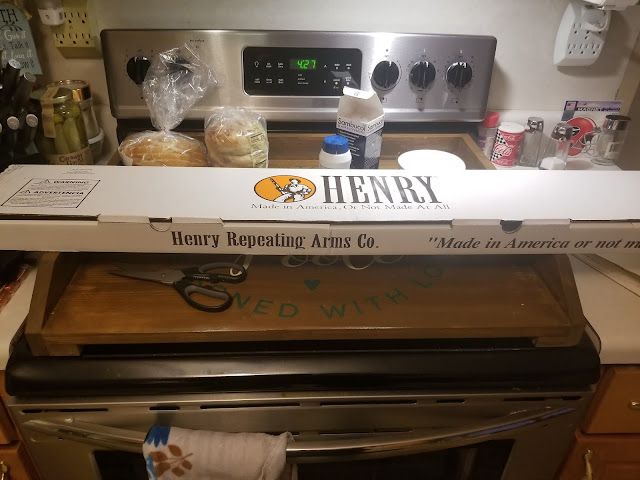 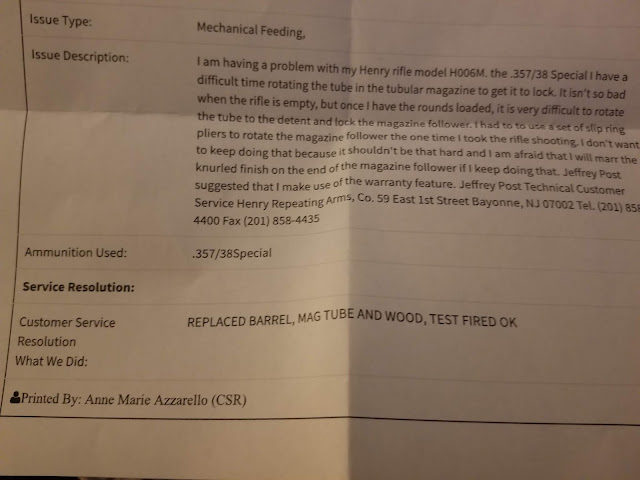 They did a bang up job, It looks like the new barrel and magtube looks like it is in a different location 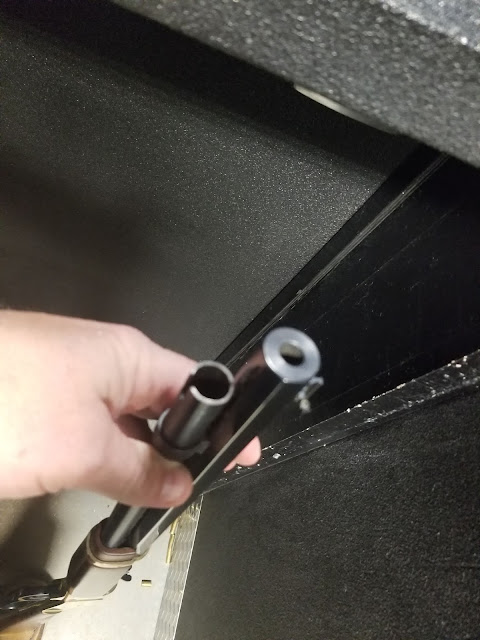 and it works much better than the old one. (Above)
The location of the new tube(Below) 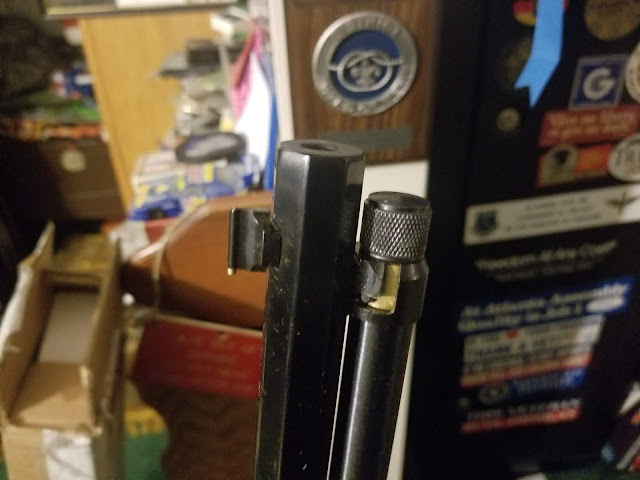 So far I am very impressed with Henry Repeating arms and when time presents I will see how the rifle shoots :)
Posted by MrGarabaldi at 9:40 PM