I forgot to set the time on Monday Music I set the date, but nit the time..Guess it will post late Monday....My Bad..

I am still trying to pull my schedule together from the past few weeks, I will post details later this week when I have a day off.

This song to me is one of those songs that define the 80's new wave and the direction of the music for the 80's generation.  I can listen to this song over and over and it will take me back to the 1980's before I joined the Army and had to become an adult, LOL

"Dance Hall Days" is a song by English band Wang Chung, released as a single in 1984. It was the band's only single to make the Top 40 charts in the UK, narrowly missing the Top 20. In the US, it peaked at No. 16 on the Billboard Hot 100 and went all the way to number one on the Dance Club Songs chart. 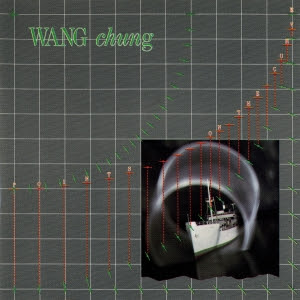 Two different music videos were made to promote the single. The first version of the video, directed by Derek Jarman, is a collection of home movies with the majority of the archive footage consisting of a stage show with swimmers and fountains, and other World War II-era material. Apparently, the footage is courtesy of the director's father, who was one of the very first people ever to use a colour home movie camera. The toddler in the home movie footage is the director himself as a child. The home movies are interspersed amid footage of Jack, Nick, and Darren, lip-synching and playing the violin. The band are also dressed up as characters from The Wizard of Oz at the end of the video, with Jack Hues as the Tin Man, Nick Feldman as the Scarecrow, and Darren Costin as the Lion.


The second version of the video is the most well-known, and received heavy rotation airplay at MTV.It is a magical fantasy concept video set in the 1940s, the heyday of dance halls. The video begins in black and white, with Jack Hues stopping in front of a closed-down hall, setting down the suitcase he carries, and picking up a flyer. The scene shifts to color, featuring the band performing in the packed hall with the backing of a big band as couples dance (played by heavily made-up children from a local dancing school). Later, a disco ball descends to the floor and breaks open, allowing a mirror-covered dancer to emerge. The video ends in black and white, with Hues walking past the hall and down the street; he leaves his suitcase behind, but it sprouts legs and hurries off after him.


This version was nominated for Best New Artist at the 1984 MTV Video Music Awards, losing to "Sweet Dreams (Are Made of This)" by Eurythmics.
Posted by MrGarabaldi at 8:49 PM