This song came out in late 1989 and it was really haunting.  I knew that it was an homage for Elvis Presley because the image of Elvis was very popular on velvet.  In certain areas of the south especially in the Mississippi delta, you will still see them. 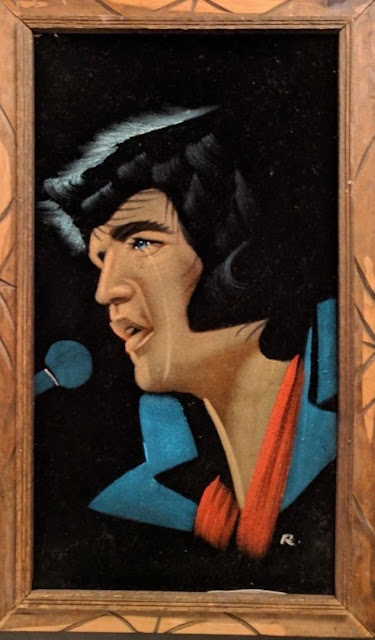 Redneck Chic
The song was different than what was presently being played on AFN in Europe, I was still stationed in Germany at Stuttgart Army Airfield.  It to me was the precursor to the music that would become popular in the 1990's.

"Black Velvet" is a song written by Canadian songwriters Christopher Ward and David Tyson, recorded by Canadian singer songwriter Alannah Myles. It was released in December 1989 as one of four singles from Myles' 1989 eponymous album from Atlantic Records. It became a number-one hit for two weeks on the Billboard Hot 100 charts in 1990 and reached number one on the Album Rock Tracks chart, as well as number ten in her native Canada and number two on the UK Singles Chart. The song also reached number one in Norway, Sweden, and Switzerland and was a major success in several other countries. It contains blues verses with a rock chorus.
Myles won the 1991 Grammy for Best Female Rock Vocal Performance for the song and the 1990 Juno Award for Single of the Year. Since its release, the power ballad has received substantial airplay, receiving a "Millionaire Award" from ASCAP in 2005 for more than four million radio plays. 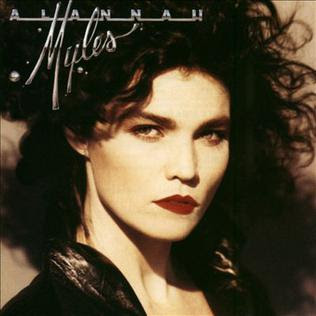 The song is a paean to Elvis Presley. Co-writer Christopher Ward, who was Myles' then-boyfriend, was inspired on a bus full of Elvis fans riding to Memphis attending the 10th anniversary vigil at Graceland, in 1987. Upon his return to Canada, he brought his idea to Alannah and producer David Tyson, who wrote the chords for the bridge. The song was one of three in a demo Myles presented to Atlantic Records which eventually got her signed to the label.
Atlantic Records, much to the disappointment of Myles, for whom the song had been written, gave the song for country artist Robin Lee to record. In the United States, Myles' version was released in December 1989, while Lee's version was released two months later, in February 1990. This led to Myles being promoted by Atlantic on the pop and rock radio stations, and Lee on the country radio stations. Lee even filmed a videoclip to the song very similar to Myles' video.
Myles released a new version of the song on a digitally released Elvis tribute EP to commemorate the 30 years since his death in August 2007. It was later included on her 2008 Black Velvet CD.

The music video, directed by Doug Freel, was partially shot in Myles' family ranch in Buckhorn, Ontario. Myles is seen singing at a cabin porch with her guitarist, intercut with scenes from Myles in concert with her band.