Musing and goings on at Casa De Garabaldi......again...lol

I have been really busy at work, Usually I try to relax on my off day(today).  But I had to run some errands.  A friend of mine at work is a hard core Henry fan and he liked the fact that I purchased a Henry Rifle.  He suggested that I contact them about the problem and see if they can do anything for me. 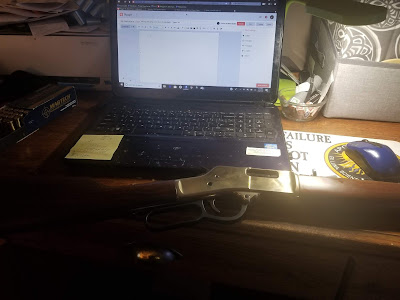 If I was the first owner of the rifle, then the normal warranty process will work, but since I am the second owner, I am not sure, but I did email the company with an explanation of the problem and that I am the second owner.  I will see what they say.
I am planning a range trip tomorrow for the Garand and the Henry. 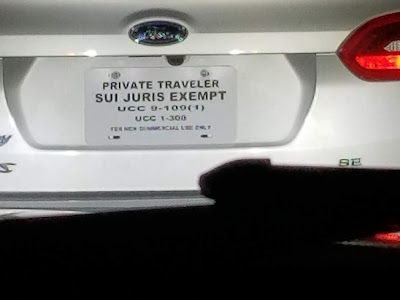 Saw this driving on the way to scouts...or having my son drive and I was the passenger.  I had never seen that tag before.   I got to scouts and "googled it", and found out that this is one of those "sovereign citizens".  I don't think that the tag is legal and I wonder how the PoPo handle one of those.  I also wonder how the courts handle these people if they are involved in an accident the legalities. 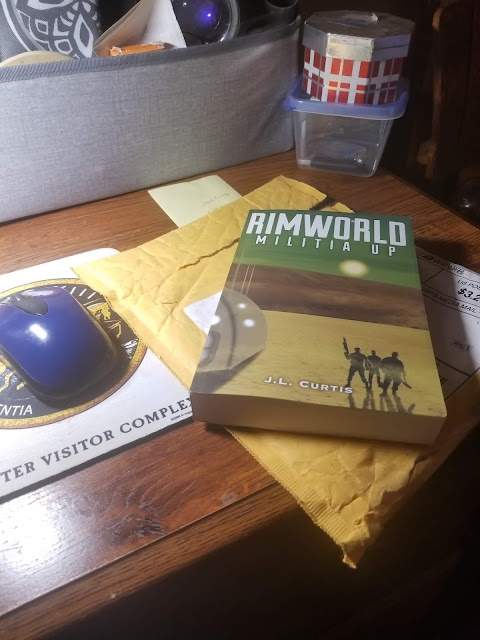 My blog buddy and friend on Real life has another book out...I got my copy in the mail, here is a Link for the Book.
Buy a copy...you know you want to..... 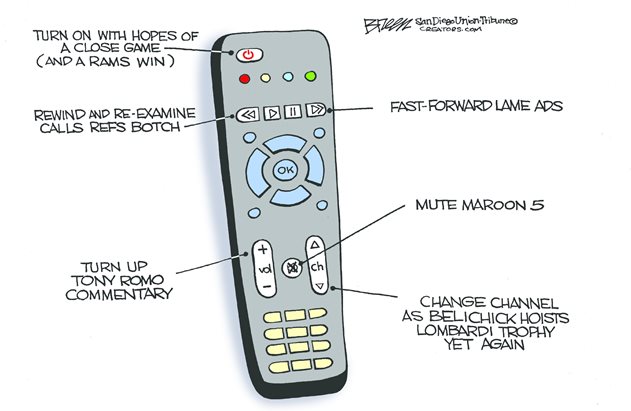 I watched the Superbowl on Sunday....All I can say was "Meh", the commercials used to be good, it used to be  about beer and babes....now the ones this year were "Preachy", I didn't like being lectured by people that think that they are "My Betters".  Left me kinda cranky. 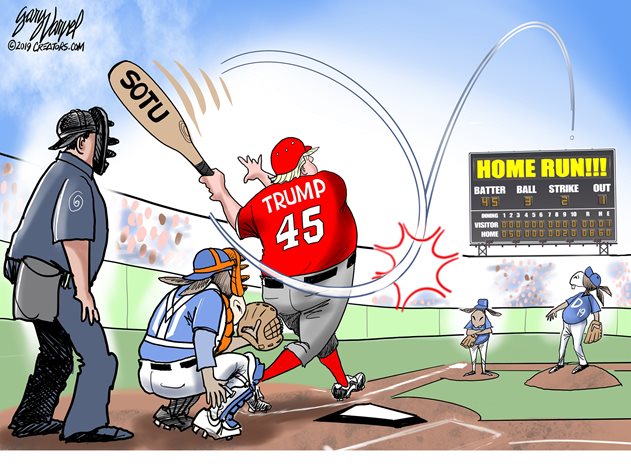 And Finally I saw the SOTU address last night..I was impressed, it was very patriotic themed, from the start recognizing the 2 anniversaries coming up this year, from the D-day landing to the Apollo Moon Landings.   The comment that he made with the immigration debate can be described in class, the political class likes the open border and illegal immigration because they have their walls.  The middle class gets hung with the overloaded schools, the failing social net and crime.  There was a lot of stuff that did appeal to his base, he also added some stuff that the democrat would like, but watching Pelosi and Schumer the gargoyle do their thing was annoying. 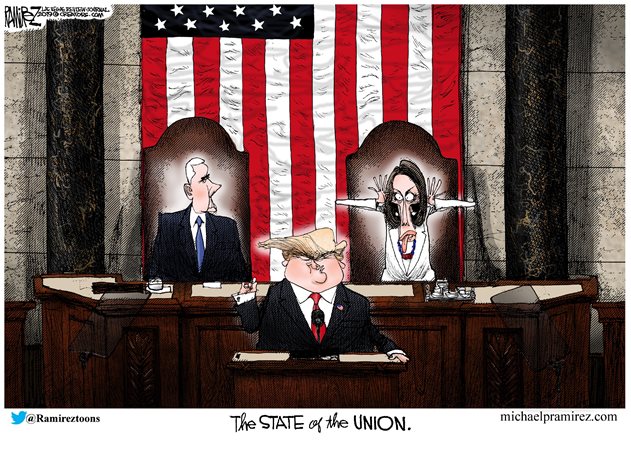 I understand there would be a certain partisan rancor but this was a bit much.  The problem is that President Trump will not back down, they both have personally insulted him, granted you have to have a thick skin for politics, but Trump isn't a politician, and he will shut down the government in less than 2 weeks. 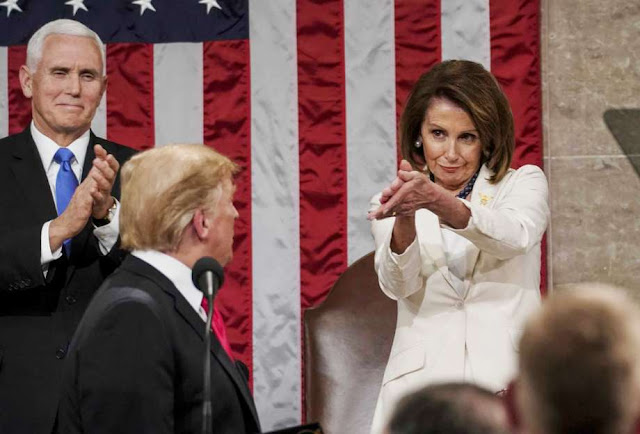 This happened right after President Trump talked bipartisanship and working together, he turned to acknowledge her and this is what he saw.  THE SMERK.


I will post tomorrow or Friday and tell how my range trip went.  I also hate finding misspellings after I posted a blogpost...

Posted by MrGarabaldi at 5:15 PM