Eyes in the Back of your Head Situational Awareness.

I get emails from Ox and David Morris Tactical and this one involves "Situational Awareness"  There were a couple of tricks I didn't know and a few thinks I knew that they didn't mention, and those I will mention in "Italics".

Eyes In The Back Of Your Head Situational Awareness

One of the first lessons that you hear when you start learning about situational awareness is to position yourself where you can have your back protected and best see approaching threats. 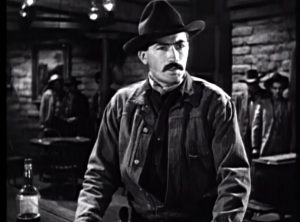 It’s not a new concept. 150 years or so ago, it was called the “Gunfighter’s Seat.”
It’s the seat in a restaurant, bar, office, church, etc. that’s far away from the main entrance, faces the main entrance and is, ideally, in a corner with an emergency exit nearby.
You see, if you’re in the middle of a room, you have 360 degrees to be aware of.
If you’re against a wall, you have 180 degrees to be aware of.
If you’re in a corner, you only have 90 degrees to concern yourself with.
And for the person who has trained in the tactical arts, that produces a warm, happy feeling that sheep will never fully appreciate.

But what about when you don’t have the gunfighter’s seat?

Sometimes, you might end up facing a wall or corner or find yourself smack dab in the middle of a room because it’s the only spot left.
The same applies to standing conversations. Sometimes you end up with a commanding view of the room and other times you don’t.
When there’s an easy way to improve your position, that’s an easy fix…just move.
But reality is seldom cut and dry and it’s common to find yourself in non-ideal situations and today, I’m going to give you 4 tricks today to have eyes-in-the-back-of-your-head awareness for those times.
I DO want to start with a disclaimer. I do not know about a current specific threat to my life and you’re probably in the same boat. As a result, I’m not concerned about random people sneaking up behind me and stabbing me in the back or doing other crazy stuff. Nobody that I know of has any reason to specifically target me for attack today. So, what I primarily look for are general threats to my safety.
If you’re a parent, you’ll identify with these concepts immediately.  They’re the same skills that we use with our kids to give them the impression that we’re omnipresent, can see through walls, and know what they’re doing even if they’re behind our backs.
When you combine these together, and get a little practice under your belt, it really is amazing how aware you can be of what’s going on behind you.
I play a little game in restaurants when a table gets sat behind me. Based on what I hear (footsteps, chairs, voices, etc.), others’ reactions, and reflections I see, I try to guess as many details about the group as possible, including how many, sex, age, build, and threat potential. Then, I turn around, grade myself, and try to figure out what clues I missed that would have made my guess more accurate.
This all happens in a matter of seconds. Better yet, after you get into the habit of doing it, you’ll start doing it unconsciously and don’t really have to think about it very often.
There’s a 4th little trick that I use that kind of falls into the realm of “eyes in the back of your head” but it’s more of a trick for observing a room without people realizing that you’re as switched on as you are.
It’s incredibly simple, and kind of obvious.
Whenever possible, flick your eyes instead of turning your head. Three big benefits are: