I changed my  Blogger format back to "Legacy" , the new format was to problematic for me.  I was used to the same format that I was using since 2011.  It gave me that option.  The new one they said was smoother but I liked the "older" one better, the newer one was easier for mobile devices, but I use my laptop to do my blog so there you go .

Well the drama continues about the monument removal from my earlier Post and rant, continues, 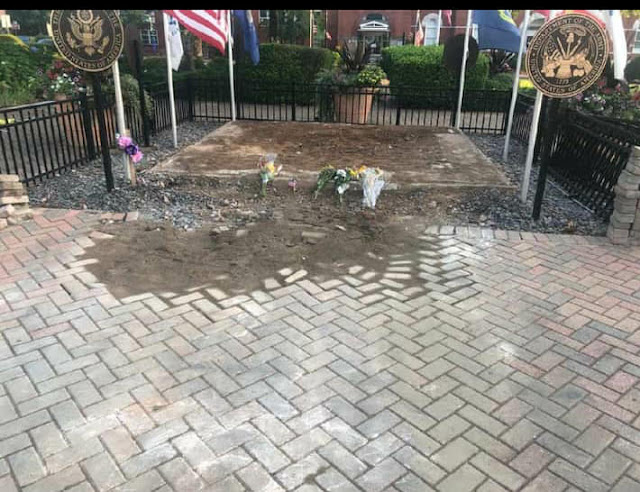 Well This was the page 1 of a 5 page ethic complaint., they are asking the citizens to file ethics complaints against the commissioners. 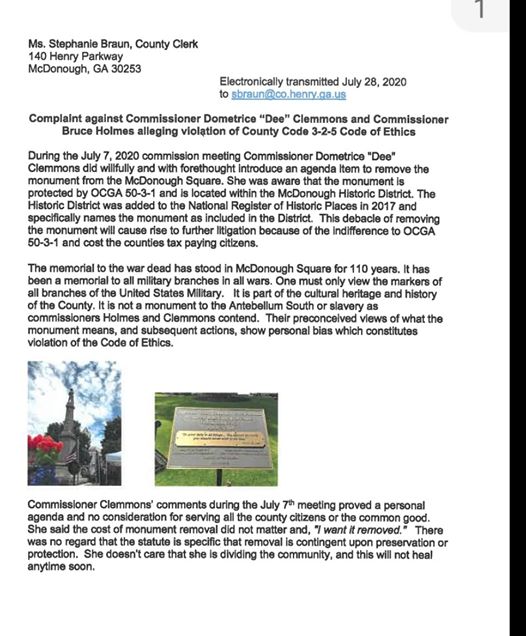 Granted asking the commissioners to investigate themselves is doubtful at best, the hope is flood the office so much that it is kicked up to a higher level. 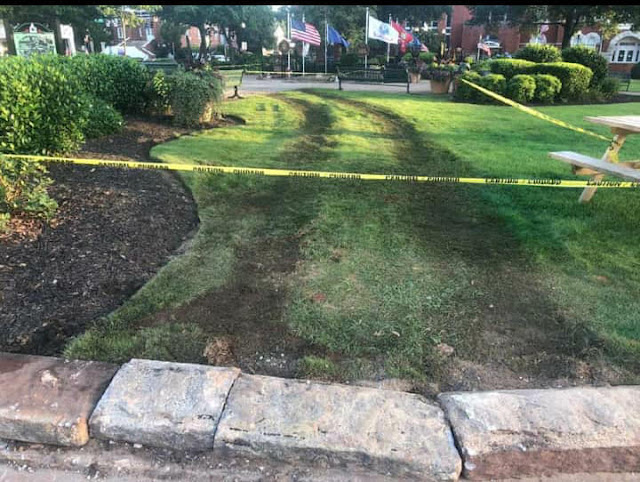 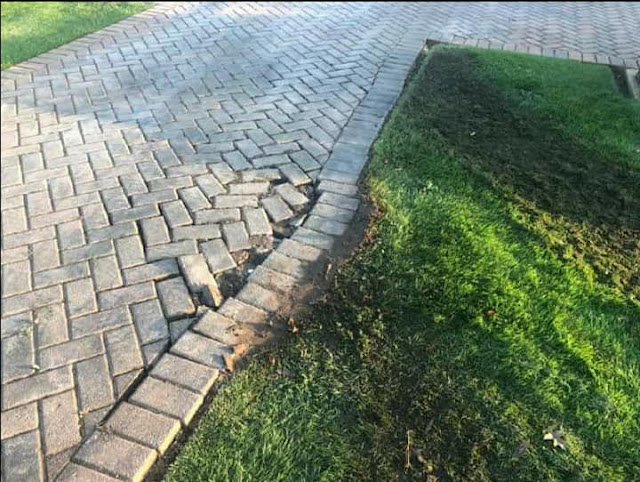 I ran across this explanation for the markings on the monument, why it was made the way it was made, and the others in the south are made the same way for the same reasons. 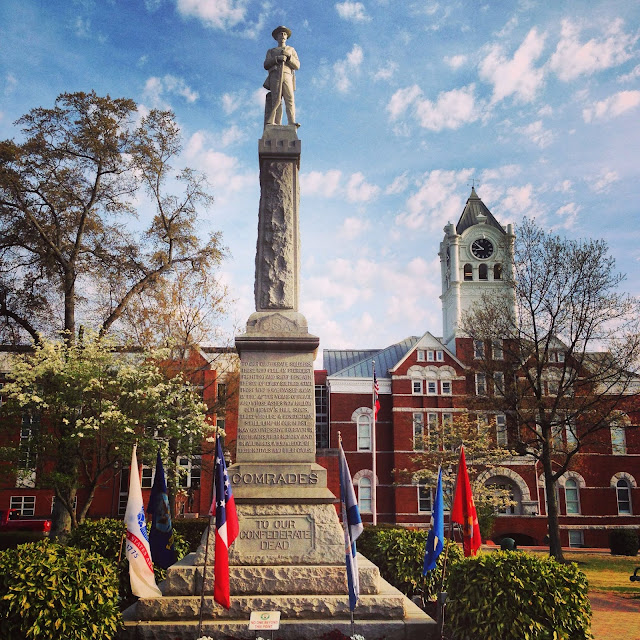 The statue was raised in 1910 by the Daughters of the Confederacy during to honor the dead.
It is to honor the men and boys who died in the war. The first draft in America was enacted in the civil war. You are aware of this, right?
There were three Conscription Acts passed by Jefferson Davis for the Confederacy because men did not want to go and fight. Volunteers were low. The first wave of the ones that went WILLINGLY was ending. The war was expected to last 1 year and ran into 4 years. Davis contended that a military draft would be the most equitable method of expanding the army, and, he brushed aside any constitutional objections, asserting that “the right of the State to demand, and the duty of each citizen to render, military service, need only to be stated".
All Conscription Acts were signed within the same year because they needed more men. The first act was men aged 18-35, and the second was 18-45. The last were men aged 17-50.
Conscription is the most invasive policy that "big government" can implement. Essentially it is the government telling its citizens that it doesn't care about their priorities nor families. It needs fighting men now, and it needs YOU AND YOU are going!
Just like the Vietnam draft, if you DON'T go when you are called, there were consequences. In the Civil War if a draftee evaded or deserted, his punishment was losing citizenship. Many were executed. North and South, more soldiers were executed in the Civil War for lawlessness than all American wars combined.
Many were poor, owned no slaves but had no choice just like the people enslaved. The Civil War is nicknamed "The Rich Man's War and the Poor Man's Fight". Do you know why?
If you owned 20 or more slaves, you did not have to go to battle. And if you were rich, you could pay a fine and have someone to take your place if you were drafted. In both North and South, rich men could either buy or own in slaves their way out of conscription. The poor man was left the lion's share of the fighting and dying.
Many men were homesteaders making a hard living. The north was encroaching on us and destroying their homes, raping their wives and daughters and pillaging what little they had. It was considered "shameful" to avoid the draft as well. Many went to battle to save their homesteads and families.
The statue has NOTHING to do with slavery and the word isn't even mentioned on it. The log/stump on the statue is a funeral symbol and represents a life cut short.
Many Confederate AND Union soldiers were left where they died due to lack of money and resources to bury them. That is what that statue represents on our square. It doesn't even face North like most Confederate memorials. He faces south.
It reminds me very much of the Vietnam War. People didn't agree with the "cause". When those soldiers returned they were persecuted by Americans for going to war. They had no choice. And many died. Do you think they wanted to?
If we broke out in war right now, and they enacted the draft, regardless of "the cause" if you are a man, and you are of the age they designate in the draft, you HAVE to go or be prosecuted. Is that their fault? Are these men horrible people because they were drafted and many DIED?
Many of the Civil War soldiers remains did NOT get returned to their families. The statue was erected to honor those men and their plight. The comrades who were never received a proper burial.
The Civil War not only enacted the first draft but it is also the war that set a precedence for multiple male family members dying. Many families were completely wiped out.
Son fighting father, brother fighting brother. Uncle fighting nephew. Some fought on opposing sides and some fought on the same side. Many women lost every single man in their household from her dad, husband and all her sons. Many women were left alone to raise children and run homesteads (notice I did not say plantations). They had to plant and raise their own food without a males help because grocery stores did not exist.
Most Southern folks do NOT idolize or memorialize slavery. Of course there are hate groups, but they come in EVERY color and nationality. We know we lost the war, and it doesn't bother us. What we do honor is the men who died fighting that war. Many did not want to go.
The inscription on the statue "To Support the Cause" does not mean what many have interpreted it to mean. Wives, mothers, and daughters in mourning, organized cemeteries for the more than 200,000 Confederate soldiers that remained in unidentified graves on the battlefields. Confederate women remained loyal and devoted. They willingly sacrificed their husbands, fathers, sons, and neighbors while simultaneously giving their time and resources.
Just a refresher on what our monument represented. 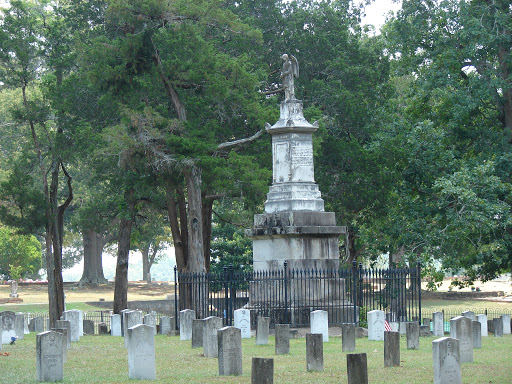