Some going on at Casa De Garabaldi

Several things have happened...
First on, I was working on an Eagle Project for one of my Scouts.  His proposal was to make markers for the Veterans in the Church Cemetery that can be placed on special occasions, and that they are "renewable".  And that they are a source of "Service Hours" for the Troop for the younger boys, thereby meeting the goals of "Sustainability" and the markers are reusable and the Troop will store them in the old "Bus Barn" and they are used only a few times a year thereby ensuring that the markers last for years. 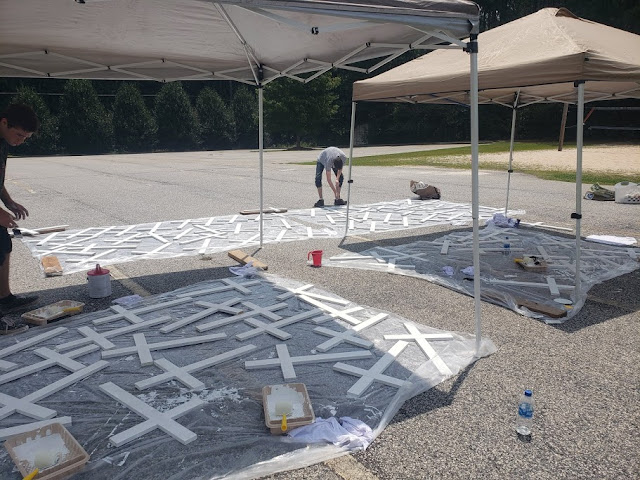 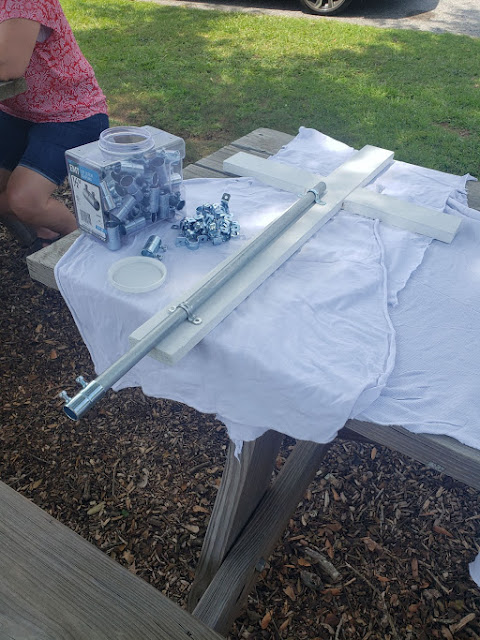 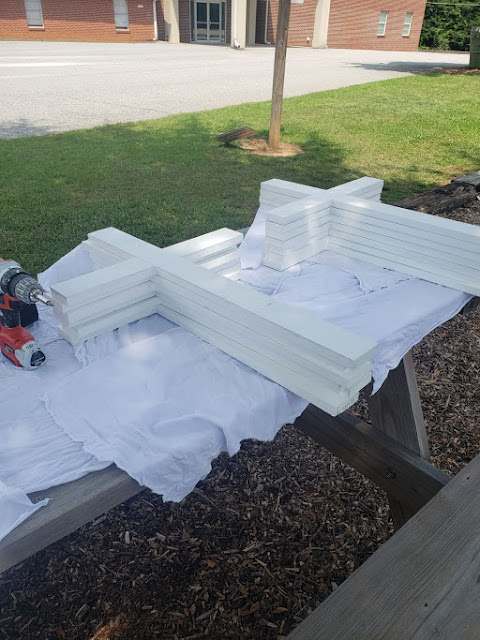 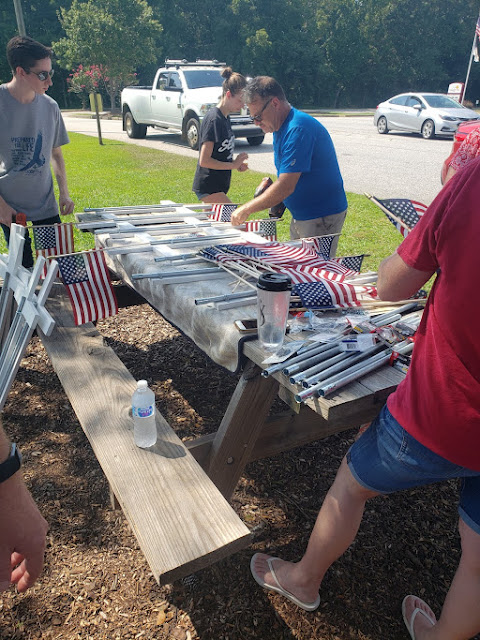 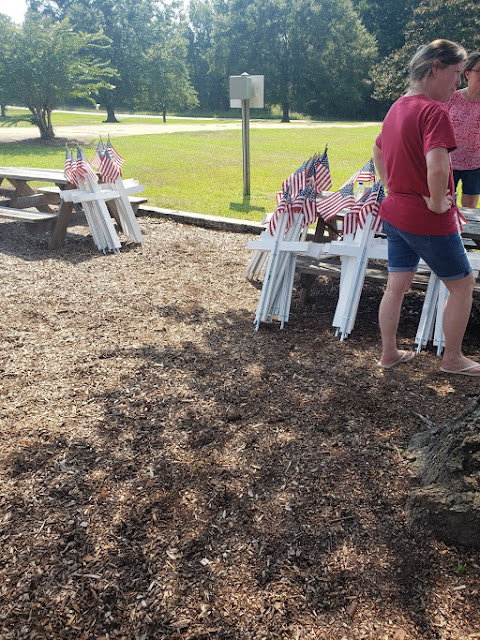 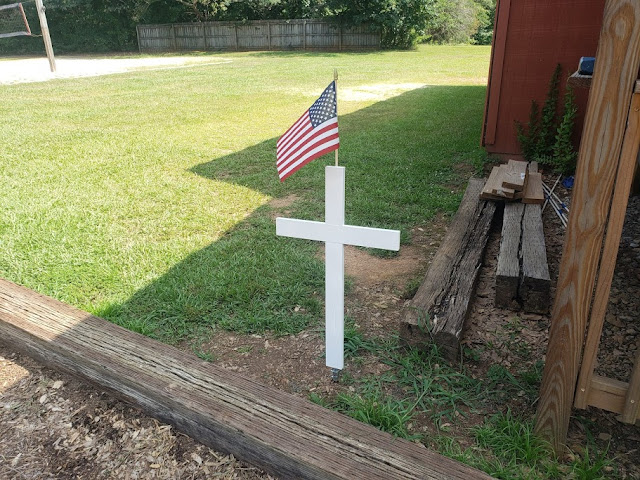 Demonstration Model for the photo for the Eagle Project Packet. 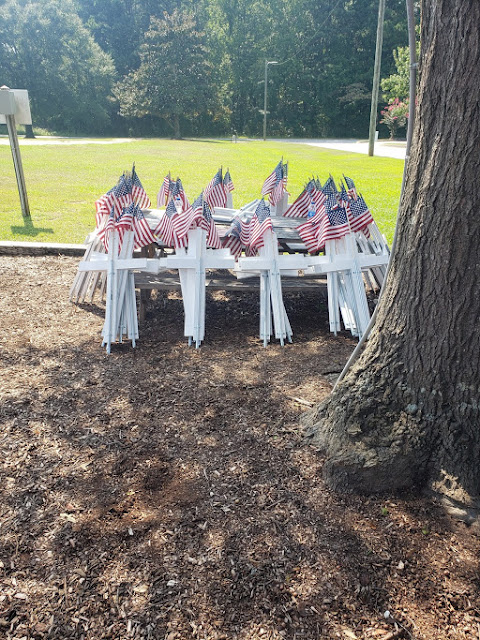 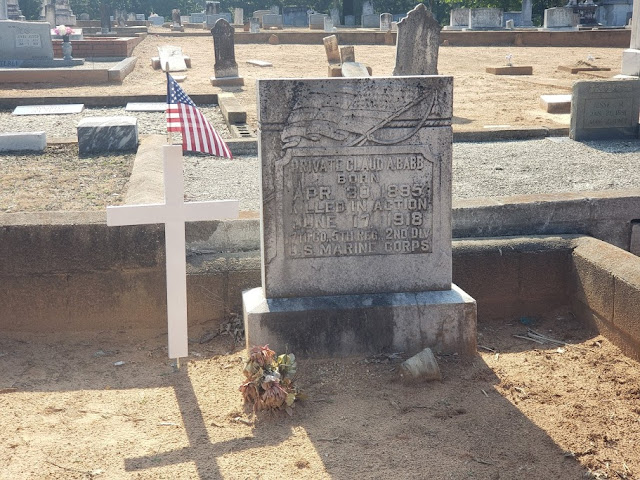 This one was placed by the marker of a Marine that died in France in 1918 and was actually repatriated back to the States and not buried in France like a lot of GI's.   We thought it was very appropriate to be placed by this one.

We had several Storms come through here, last week and while driving through a downpour I saw something on the road and I yanked my steering wheel over but I still felt my tire "crunch" something..and I stopped in the rain and as I looked in my rear view mirror it looked dome shaped and I was thinking "shit" betcha it was a turtle.  I immediately turned around and went back and sure enough it was, My tire had damaged the shell.  I started making some phone calls. 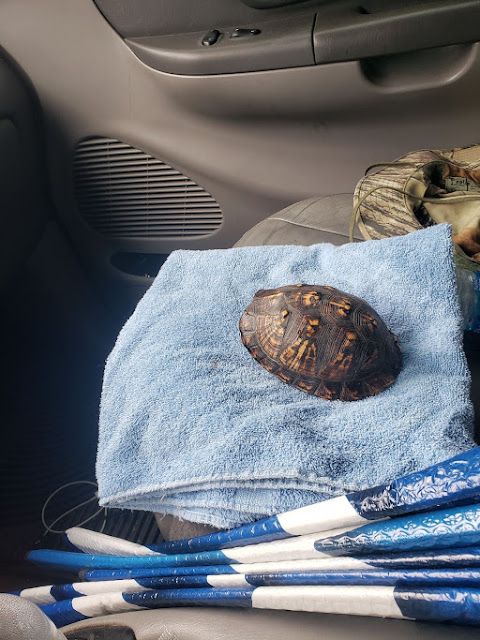 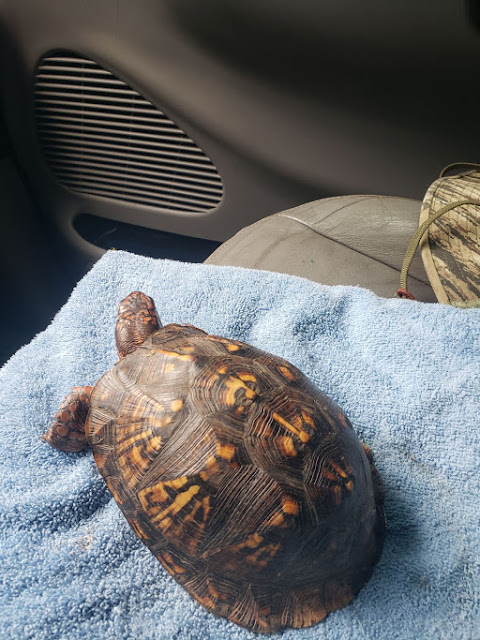 Starting to look around, I had damaged the underside of the shell and the rear legs 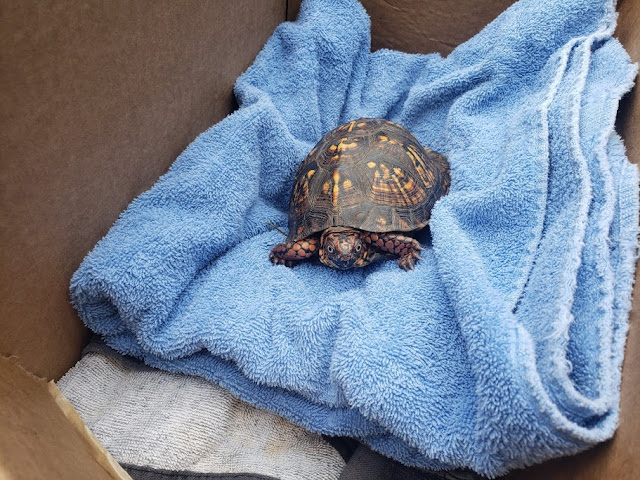 He is giving me the "Hairy Eyeball"
I go out of my way to avoid hitting box turtles in my area, I will stop in the road, put on my hazards, walk over and pick them up and put them in the grass.   I felt bad, I couldn't leave the little guy, he would have been "lunch" for any predator in the area in the condition he was in.
*Update*   "Mr Turtle" is doing well at my friends daughters care, he is healing up and moving around. 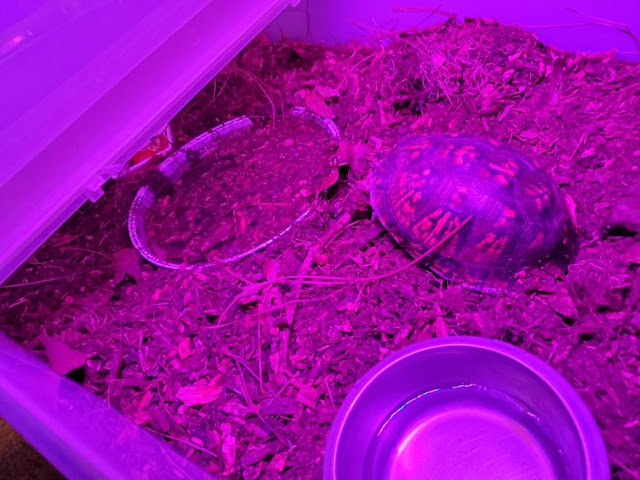