Where did the name "Battleship" come from?


I am blogging about Battleships...Again.    It seems to be popular on my blog, For an Army guy I blog a lot about the big gray canoes that the Navy used to have in active service. 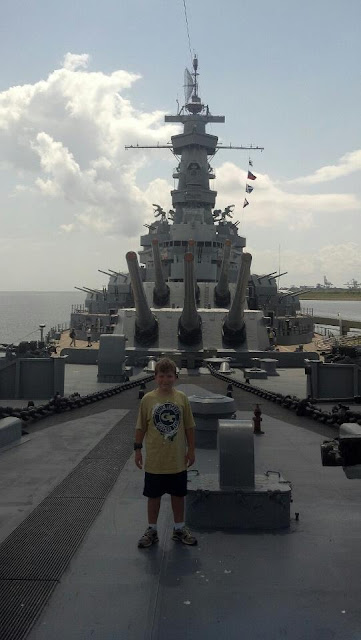 My Son back in 2012 on the U.S.S Alabama
You ever wonder where the name "Battleship" came from?, well I have the knowledge right here,   I kinda wondered where the name came from, sure the name imparted the purpose of the ship.  the name just conotated that the ship was there to kick butt and take names in the furtherance of National policies, The Big Stick of Diplomacy if diplomacy fails, you use the Big stick to beat the other guy into submission.   And depending on the class of the ship and crew it can be spectacular. 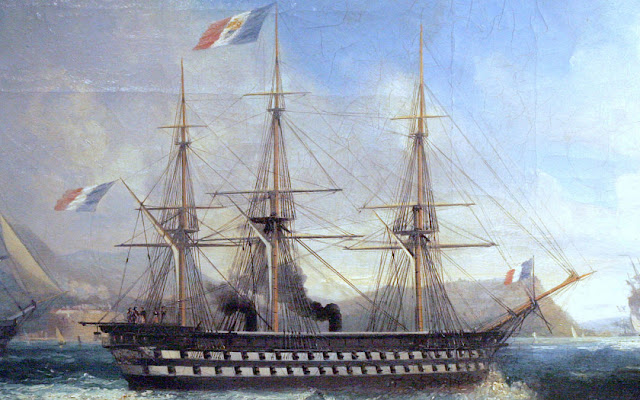 Think ‘battleship’, and you might think of the steam-driven steel warships that emerged during the last decade or so of the nineteenth century, and which remained an important measure of sea-force until the Second World War. In that, you would be right.
The word ‘battleship’, though, is much older. The word ‘battle’ originated from Latin, via old French, and was used in old English as early as 1297, spelt ‘batayle’. But it took a while to be applied to ships. By the early sixteenth century, the term ‘great ship’ was in use to describe the most powerful warship around, typically a one-off prestige vessel such as English monarch Henry VIII’s Henry Grace a’ Dieu of 1514.
Henry VIII’s navy of the mid-1540s comprised 58 ships, reputedly divided into four classifications: ‘ships, galleasses, pinnaces and cow-barges’. From this evolved the Royal Navy’s age-of-sail ‘rating system’, based on the number of guns: ‘First rate’, ‘Second rate’ and so on, down to ‘Sixth rate’, the smallest.  A list that Samuel Pepys prepared for the Royal Navy in 1679 contained nine first-rates, 17 second-rates and 41 third-rates in service at the time.
Tactics had evolved by about 1600 into a system where fleets sailed into combat in lines. In the Royal Navy, the first four ‘rates’ – later three – could operate in that line of battle, and by the turn of the eighteenth century were generically known as ‘line-of-battle-ships’.  The word ‘battleship’, an obvious contraction, was first used in 1794. Admiral Lord Nelson apparently used both forms in a sentence in 1804. ‘We may as well have a battle royal,’ he reputedly declared. ‘Line-of-battle-ships opposed to ships-of-the-line, and frigates to frigates’.
Things got interesting from the mid-nineteenth century. Game-changing inventions such as turrets, steam engines and rifled heavy guns arrived with bewildering speed. Ships built from the 1860s were often classified according to their technical features, including ‘central battery’ ships or ‘turret ships’. The low-freeboard ‘monitors’ of the day took their type-name from the original, USS Monitor. One meaning of the word at the time was ‘warning’ or ‘admonishment’; and the inventor John Ericsson chose it because, he said, the ship would ‘prove a severe monitor’ to the Union’s enemies, and to Britain.
The term ‘battleship’ did not re-emerge until the 1880s, as the technology settled down. Sometimes these ships were called ‘mastless battleships’ to set them apart from the old line-of-battle-ships.  The Royal Navy formally adopted the term for its heaviest ships in 1887, and by the turn of the twentieth century the concept of the ‘battleship’ as the most powerful warship afloat was widespread. Some nations used related terms: the Germans, for instance, called their equivalent vessels Linienschiffe (‘line-ships’).
In this age of rapid technical change, however, terminology had trouble keeping up: the all-big-gun battleships that emerged in the first decade of the twentieth century became known as ‘dreadnoughts’ after the first British example, HMS Dreadnought. Larger types became ‘super-dreadnoughts’. Older battleships, in turn, became ‘pre-dreadnoughts’. It was temporary; the term ‘dreadnought’ fell out of use after the First World War, and such vessels again became ‘battleships’ and, on occasion, ‘fast battleships’.
Posted by MrGarabaldi at 6:00 AM

Email ThisBlogThis!Share to TwitterShare to FacebookShare to Pinterest
Labels: Battleship