I have been very busy working an Eagle Project for one of my scouts, I will post more pics and details in a future blog post.

I also had Technical Difficulties Last night, I couldn't get pictures to load, so I couldn't get "Monday Music" set up to drop this morning....So you will get it as soon as I get home from work and try to drop it then..

I figured it would scar the alphabet boys if they come busting in and hearing a song that is related good music in the 1980's unlike that crap they listen to now.  What can I say, My humor is warped....just a bit. Next week will be "Who Made Who " by AC/DC,  Now that should really cause some psych evals., hehehe, some poor ATF guy trying to explain the attraction to his mother because of Steve Perry singing and crooning a song from the early 1980's..., ...but it IS  ATF people you know..

I remember this song getting a lot of airplay in the early 1980's on MTV, you remember MTV, back when they played Music Video's and not the drek that they play now.  And that ATF and I should have gone our" Separate Ways" 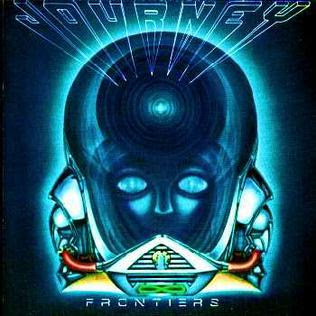 "Separate Ways (Worlds Apart)" is a song performed by Journey, recorded for their album Frontiers and released as a single on January 5, 1983. It peaked at #8 for six consecutive weeks on the Billboard Hot 100 chart, and spent four weeks at No. 1 on the Top Tracks chart.
To accompany the song on MTV, the band shot its first concept video. It was a difficult experience for a variety of reasons, and the resulting clip has been named as one of the worst videos ever.


The music video for "Separate Ways" was the first single for which the band shot a choreographed video: previous videos were performances that were taped and edited, expanded with "Faithfully" to include a montage of the band on tour shot by a crew from NFL Films. Steve Perry had been very opposed to making a choreographed video. "He'd always say, 'We're performers, we're entertainers, but we're not actors,'" recalled Cain. "And we were not a very photogenic band."
In the video, which used the shorter single version, the band performs the song while a young woman in a then-fashionable white jacket and black leather skirt walks along the wharf. At some points, Perry and the other members of the band perform right next to her, and seem to be singing to her, but she remains oblivious. In the ending, she is seen in a bed, wearing headphones. John Diaz, the producer, explains that the idea was that she had dreamed the video after falling asleep while listening to the song. "Our concepts were so insane."
The video was directed by Tom Buckholtz and featured the band playing at the Louisa Street Wharf in New Orleans.
The video is now infamous for the scenes where the band is pretending to play non-existent instruments, although they do also play their real instruments (including Cain playing his Roland Jupiter-8 "up-the-wall"). It features over 50 camera moves with choreography by Columbia Records Art and Creative Services.
It was reported that on the first day of shooting, there was a cold breeze coming off the Mississippi River next to the wharf. This made filming all the more difficult on the band and Perry, who was seen retreating to his camper to keep warm. This state of affairs was complicated by the presence of Perry's then-girlfriend, Sherrie Swafford, on the set. Not only had the band been told that they could not bring wives or girlfriends to the shoot, the other members hated Swafford and her effect on Perry, which created considerable tension. She was reportedly extremely jealous of the model in the video, local girl Margaret Olmstead, and kept demanding she be taken out of it. "There was a big kicking and screaming session," Cain recalled later. "Sherrie was giving Steve a very bad time about that girl." Perry had also just gotten his hair cut short, which Cain found inexplicable since the singer's previous hairstyle had been "rockin'."
"Here's a band at their commercial peak," says Adam Dubin, director of many well-received videos, "and some idiot decided to film them on a wharf and--here's the worst part--instead of giving them instruments, let them mime playing imaginary instruments. The director should be shot. And the manager should be shot for allowing his band to be put in this position."
A decade later, it was heavily criticized by Beavis and Butt-Head, both voiced by Mike Judge, who opined that the video "sucks" and was "horrible," and ridiculed Perry and Schon's fashion sense. This greatly upset Cain, since he felt Journey's videos had helped make MTV. He called the band's manager repeatedly to ask how they could stop the channel from reairing the segment. In 1999 MTV chose it as 13th on its list of the 25 Worst Videos of All Time.
"I'm at a loss to explain that video," said Cain. "I will never live down those air keyboards. No matter what else I've done in my career, sooner or later people find a way to ask me about the 'Separate Ways' video."
The video is a popular video to make shot-by-shot recreations of. During the COVID-19 epidemic, a family made a recreation of the Journey video which quickly became popular.

Posted by MrGarabaldi at 4:34 PM