Monday Music "The Warrior" by Scandal.

I figured it would scar the alphabet boys if they come busting in and hearing a song that is related good music in the 1980's unlike that crap they listen to now.  What can I say, My humor is warped....just a bit. Next week will be "Already Gone" by The Eagles ,  Now that should really cause some psych evals., hehehe, some poor ATF guy trying to explain the attraction to his mother because he has the hots for Patty Smyth and 80's music and she dressing in tights and wearing heavy Makeup...but well it IS ATF you know....and they ain't normal.
This song came out in 1984 when I had started at North Georgia College so I always associate this song  with that time in my life in going to the premier military college in Georgia.  If I had been smart, I would have returned and gotten my commission when I got out of the service but I was angry and filled with rage and my head wasn't in the right mind and I didn't return like I should have, and by the time my mind was right, I was too old.  Oh well.  Missed opportunities.  On the flipside, I did marry well and have an outstanding family so there is a tradeoff. 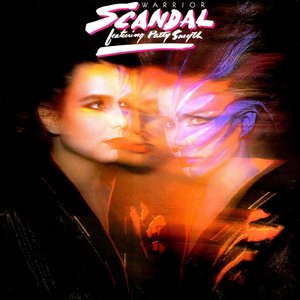 Warrior is the debut, and the only, full-length album by American rock band Scandal (billed on the album as "Scandal featuring Patty Smyth"). The album reached a high of #17 on the U.S. Billboard Hot 200 album chart on the strength of the lead single "The Warrior". In 2014, an expanded and remastered edition was released, which included as bonus tracks the five songs from 1982's Scandal (EP).

"The Warrior" is a song by American rock band Scandal featuring Patty Smyth, from the album Warrior, written by Holly Knight and Nick Gilder. The song went to number one in Canada and number seven in the United States, as well as number one on the US Rock Top Tracks chart, and won a BMI Airplay Award in 1984. It was also a hit in Australia, where it peaked at number six, and in New Zealand and South Africa, peaking in both countries at number eleven. The music video of the song was directed by David Hahn and depicts the apocalypse in a warehouse.
Posted by MrGarabaldi at 5:00 AM