The Right to Armed Self Defense.

I occasionally post articles from JPFO, when I started blogging, they were raising hell with the Obama administration and Fast and Furious as was David Codrea and Mike Vanderbaugh broke the story of "Fast and Furious when I first started Blogging about it in 2011.  I apparently had a lot of material about it if y'all want to go back in time and spend about 30 or 40 minutes or more reading about Obama and the stuff he pulled and what I posted back in 2011, 2012, 2014, 2016, ...Man was a lot, LOL

JPFO put a lot of material in the links, well worth the read and the research. 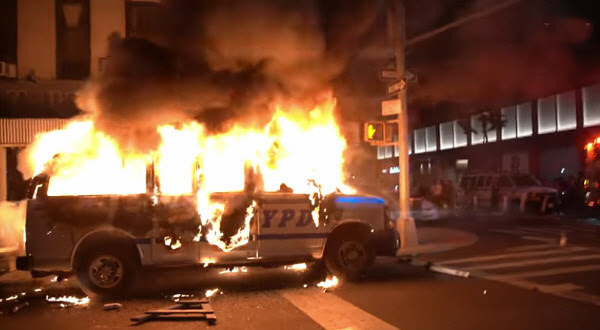 The author describes the argument that the right to armed self-defense is obsolete, going into the most detail of anything published thus far about this past Summer's violence and the anemic law enforcement response, and then provides examples of individuals and groups that countered the violence with armed self-defense.
This very extensive work can be accessed from here or downloaded from JPFO.

"This article defends the position that the right of armed self-defense remains important today, in particular in light of the civil unrest of the Summer of 2020. The article proceeds in three parts. The first part will summarize arguments from various prominent commentators that the right to self-defense with firearms is anachronistic in the contemporary United States. These critics argue that Americans can and should rely solely on their local professional police force to protect them."

"The second part of the article will focus on how this argument has been undermined by recent events. This part documents in great detail the failures of law enforcement in reaction to looting, rioting, and other forms of illegal behavior that threatened the well-being of the public. First, many police departments received implicit or explicit orders from their political supervisors to "stand down." Second, in many instances, the police themselves were unwilling or unable to combat lawless behavior. If police consistently fail to enforce law and order, the argument against the individual right to bear arms for self-defense purposes significantly weakens."

"Finally, the last part of the article will discuss examples of individuals and groups of citizens using firearms in self-defense during the recent unrest in the absence of effective law enforcement. Some of these episodes are open to criticism, whether on the grounds that one believes that it's never worth using or even threatening to use deadly force to defend property, or because the line between justified self-defense and unjustified vigilantism is not always a clear one. Nevertheless, if law enforcement is unwilling or unable to preserve basic law and order, it's both inevitable that citizens will try to fill the breach, and desirable that law-abiding individuals should be given the means to do so."

"You don't have to be Jewish to fight by our side."
You just have to love freedom.