The 8 worst Military Leaders in History. 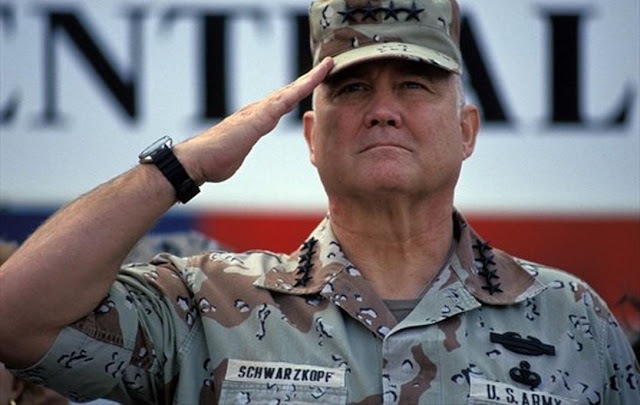 I am using General Schwartzkopf as an example of an inspiring leader, he was "My General" when we went to war in the Gulf and he was adamant that we would not make the mistakes that we made in  Vietnam.  he was a veteran of that war and swore that we would not make the same mistakes again, his attitude was that "we are entrusted with the Sons and Daughters of America and we will not squander them, we also have the prestige of the United States of America on the Line."  We were fighting the "Vietnam Syndrome", it was a buzzword that was bandied about whenever Military action was mentioned, usually by the left, I heard the word a lot.  One of the changes was,  they went away from the "individual replacement policy" so there was no more *FNG*'s, you were there for the duration.  You went to war with your unit, your unit went in, and your unit would leave, we had gone to the Regimental system trying to bring stability to the system so there wasn't so much "churn",  Also there were no " kill zones" where each service had their own area of responsibility, that went away, everything was shared, nothing was split.  If a Marine unit called for assistance, it wasn't Marine air that answered, it was Army air kinda thing.  and vice versa.  What ever was available was on call to the FAC's.  We went in to win, no graduated response. total "Shock and Awe".  Saddam Hussain expected his battle tested army to win because they have been fighting Iran for 8 years, but we were on another level, and he couldn't defend against the combined arms.

*Fucking New Guys*   The new guy in a unit, the life expectancy of a newbie was really bad, if he happen to survive the first 2 weeks and glom in with a couple of veteran soldiers, he had a chance to survive his 1 year in Vietnam and rotate home, this was the crime of the rotation system.  Something that was changed by the "Regimental System" instituted in the 1980's to prevent such things of a new guy being alone and and going to war and possibly dying alone without knowing his buddies.

A relative of the Roman Emperor Augustus, Publius Quintilius Varus served as military governor of Syria before being transferred to crush a rebellion in Germany. He was lax regarding discipline and training and held his position due to nepotism, not skill.

In 9AD, Varus led his forces through the Teutoburg Wald, a forested region full of rebels. He did not keep his troops alert or ready for battle and allowed many civilians to travel with them.

Ambushed by Germanic tribes in the forest, Varus and his army were cut off and surrounded. Over the course of the extended battle, a tenth of all the legions then serving Rome were lost.

Unable to find a way out of the situation Varus committed suicide in the field rather than be captured. Many of his officers followed suit, leaving their troops leaderless. 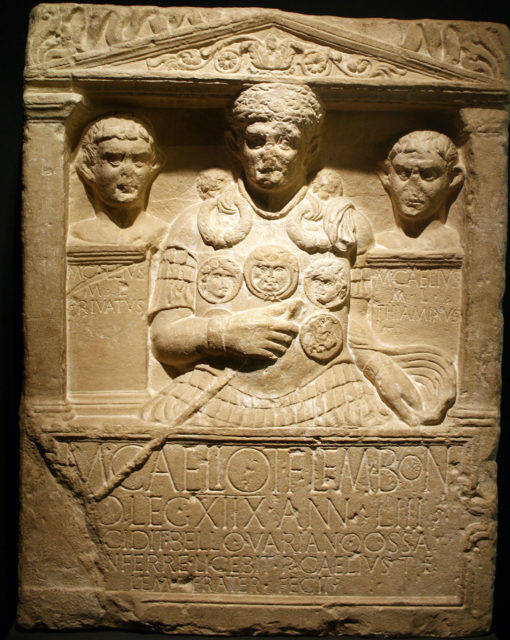 One of the least capable monarchs to sit on the throne of England, Edward II was a weak and indecisive leader. Unable to keep his nobles in line, he invaded Scotland without the backing of the influential, Thomas of Lancaster, his cousin. At Bannockburn, his subordinates squabbled over leadership roles before assaulting the Scots on the ground of his enemy’s choosing. The English, who had been so strong a generation before, were utterly routed.

Edward retained the throne for 20 years as a result not of his skill but due to the equally inept opposition of Thomas of Lancaster, a man even more petulant and ineffective than himself.

The Duke of Cambridge

A British aristocrat and relative of Queen Victoria, the Duke of Cambridge was Commander-in-Chief of the British Army throughout much Victoria’s reign, leaving the post in 1895. Conservative to the point of incompetence, the Duke disliked all forms of reform. As wars in Europe and America proved that modern technology was changing the face of battle, the Duke refused to accept that change.

To the Duke, leading was just something people did, and he condemned any officer who studied the art of military command. Thanks to him, 50 times more military literature was written in the German language as it was in English by 1900. The British suffered an enormous intellectual disadvantage.

No account of history’s worst leaders would be complete without the infamous General Custer.

A veteran of the American Civil War, Custer was a braggart and self-publicist who repeatedly refused to follow orders. He wore a flashy uniform of his own design. When not on campaign, he courted politicians and newspapers, building up his reputation.

While Custer was brave, he was also headstrong. When he was not given command of the campaign he was sent on in 1876, he followed his own path. Ignoring the advice of scouts and refusing to wait for the rest of the army to catch up, he split his small force and led a few hundred US cavalrymen against thousands of Sioux and Cheyenne warriors.

It was a disaster. Custer and his men were massacred with no gain. The resulting legend as a glorious last stand was a tribute to Custer’s popularity in the press, not his ability as a commander.

General Nogi is rare among disastrous military commanders in that he recognized his failings.

In 1904, during the Russo-Japanese war, Nogi was put in charge of the Japanese effort to take Port Arthur. He began by sending thousands of men against the Port’s defenses. However, he had mistaken concrete and steel fortifications for windowed glass houses and his men were massacred. This single assault cost 16,000 Japanese casualties, and the numbers grew over the following months.

Despite calls for him to be sacked, Nogi remained in charge until the Port was captured. He never recovered from the shock and shame of all those losses. He spent huge amounts of money supporting wounded soldiers and later committed suicide in atonement for his failings.

In charge of a British expedition to East Africa early in the First World War, Aitken was a disaster as a leader. A racist leading Indian troops against German opponents, he showed scorn for his men and constantly underestimated the enemy. He lost the element of surprise by sailing close to the coast, acted so slowly the Germans had plenty of time to prepare, and at first refused to bombard his target because he wanted to take it in one piece. The result was a crushing failure known as the Tanga fiasco.

When Greece went to war with Turkey in 1921, they appointed General Hajianestis to lead the campaign. A politician rather than a soldier, Hajianestis used his yacht at Smyrna as his headquarters, so he could command in comfort and visit local restaurants.

Hajianestis was mad as well as decadent. He spent periods of time lying still, convinced he was dead. At other times he believed his legs were made of glass and would shatter if he got out of bed. Even when sane, his orders were a contradictory mess.

Before the Second World War, French General Maurice Gamelin was admired by allies and opponents. A First World War veteran and head of the French General Staff, he modernized and mechanized the army.  The French Tanks were one on one better than the German Tanks, but they used them in support of infantry whereas the Germans used the Tanks as a Separate and distinct arm of the Wehrmacht.

Not all of Gamelin’s modernizing efforts were effective. He oversaw the creation of the Maginot Line, a hugely costly and flawed defense system which would only work if the German’s did not think to outflank it, and they Did....through the Ardennes....and the Low country.

Gamelin had neurosyphilis, symptoms of which include lapses in concentration, memory, judgment and intellect. He suffered from paranoia and delusions of grandeur. His flawed planning and conservative leadership let Germany take the initiative throughout the start of World War Two. Opportunities were missed, the French were driven back, and the Battle of France was lost. Gamelin sacked twenty front line commanders rather than take the blame but was ultimately captured by the Germans.