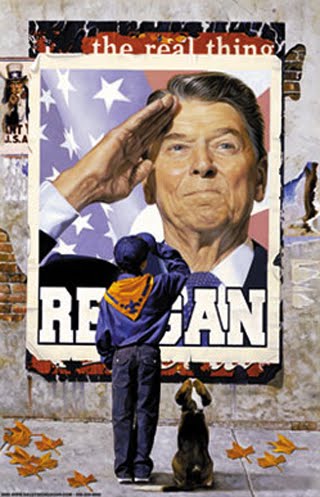 I remembered in the early 80's the eternal optimism that President Reagan had, especially with the Carter economy that he inherited from his predecessor.  Unlike today, President Reagan changed the way things were done in Washington.  Unlike President Obama who doubles down on stupid and keep doing the same things that caused the problems.  President Reagan believed in America and the American Exceptional-ism.  Whereas the Boy who would be king  believes that America is the root of all the worlds ills.  People remember the 80s with fond memories, whereas the future generations will remember President Obama as a bad time in American History.

Happy Birthday to the greatest President in my lifetime. As President, Reagan inspired a generation of Americans, won the Cold War, and stood up proudly in support of our nation’s traditional morals.
Throughout his time in office and public life, Reagan always had a positive outlook on America’s future.
Over at The Foundry blog they have posted a nice tribute honoring Reagan and highlighting the work he did for the pro-life movement while in office with his book “Abortion and the Conscience of the Nation” published in 1983. I highly encourage you to go over and check out the post for yourselves. 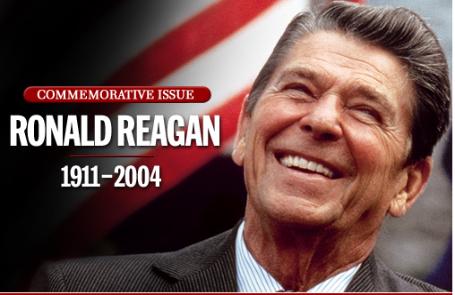 Posted by MrGarabaldi at 9:04 PM