I was going to post yesterday but it was my sons Birthday and we were busy with that, we also had a pinewood derby race to attend and the spousal unit wanted to take Harry shopping for stuff for his camping trip this weekend.  So I didn't get home last night until late and I had to get ready for work.
I decided to go back to the "Disco" era with a band that did well during this time. They are still around touring today as the interest in Disco has picked up.  I admit it, I listen to disco, rock, pop, heavy metal, alternative, old school rap and other genre's.  The only music I have a problem with is gansta rap.  I have a hard time listening to that..because of the language, I do use foul words, but some words I will not use and those words are frequently thrown around in a gansta rap song.  SOme of the stuff I do like, like Coolio and Eminem and LLCoolJ, beastie boys among others.   But I digress.   I heard about KC and the sunshine band while I was in Germany and listened to AFN out of Frankfurt and they played all the superbands and the onset of Disco.   Musically pretty exciting, the rest of the decade sucked pond water thanks to Jimmy"the Djimmi" Carter.  KC had quite a flavor of music and it was music that I could dance to because it had a good beat and they pulled in a lot of horns on this song.    I actually have this album in vinyl in my stereo cabinet. 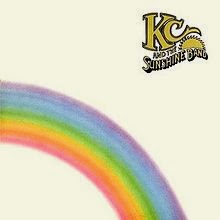 "I'm Your Boogie Man" is a song originally performed by KC and the Sunshine Band from their 1976 album Part 3.
Richard Finch said that the song was written about a DJ at a Miami, Florida radio station called Robert W. Walker, who was the first to give their hit single "Get Down Tonight" airplay. In 1977 the song reached the #1 position on the Billboard Hot 100 and #3 R&B Singles chart. The song was also an international chart hit, reaching #1 in Canada and charting in Australia (#38), Belgium (#11), the Netherlands (#6), New Zealand (#12), and the UK (#41).
The song was sampled in at least one preview for all five of the Scary Movie films, as well as in the 2005 film Roll Bounce, the 2007 film Superbad and comic-to-film-adaptation Watchmen. It was also the opening song for the 1995 film The Last Supper.
KC and the Sunshine Band is an American musical group. Founded in 1973 in Miami, Florida, their style has included funk, R&B, and disco. Their most well known songs include the disco hits "That's the Way (I Like It)", "(Shake, Shake, Shake) Shake Your Booty", "I'm Your Boogie Man", "Keep It Comin' Love", "Get Down Tonight", "Give It Up", and "Please Don't Go". They took their name from lead vocalist Harry Wayne Casey's last name ("KC") and the "Sunshine Band" from KC's home state of Florida ('The Sunshine State').

Posted by MrGarabaldi at 6:21 AM