I ran across this from the JPFO and borrowed it since I believe that knowledge is power and if we know, we can destroy the anti-gunners and their credibility.  Knowledge defeats hysteria and propaganda.  I also am using the delayed schedule thingie on my blog to see if it post when it is supposed to.

7 Anti-Gun Myths That Need to Be Debunked ASAP

7 Anti-Gun Myths That Need to Be Debunked ASAP
Since the tragedy at Sandy Hook elementary in Newtown, Connecticut, America has been embroiled in a renewed gun control debate. In the Information Age there can be a lot of misinformation, and gun control is unfortunately no exception. Here are some of the ways you are being misled.
1. "Assault Weapons" 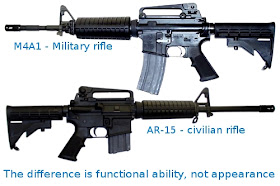 The term "assault weapon" is a made-up political term. AR-15's are not military rifles; so unscrupulous politicians refer to them as "military-style assault weapons." 'Style' – as in cosmetic appearance – is the only true word in that description. The Military uses the M4A1 carbine rifle, which looks outwardly very much like an AR-15, but they do not have the same functionality; AR-15s are not machine guns, though the terminology used is meant to imply they are. Senator Diane Feinstein (R-Calif.) says AR-15's are designed for killing as many people in close quarters combat as possible, when in fact the AR-15 is an intermediate to distance rifle with a range of 400-600m. Feinstein and others claim AR-15's are not used for hunting; but in fact there are dozens of varieties of AR-15 used for hunting everything from varmint/small game to deer, elk, and dangerous game. The AR-15 is not the weapon of choice for most mass shooters according to James Alan Fox, a highly respected criminologist from Northeastern University in Boston; handguns are. In fact, rifle homicides comprise a very small amount of homicides, accounting for less than 3% of homicides (323 out of 12,664 in 2011) mass shootings or otherwise. 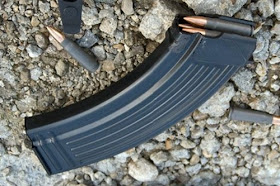 Some politicians would have us believe that so-called "high capacity" magazines are responsible for a wave of death sweeping the nation. Academic, scholarly research shows the vast majority of homicides average four shots with less than 10 shots fired. While the Aurora shooter infamously used a 100-round magazine drum, these are novelty items that are prone to jam. In fact, it did jam probably saving lives. But mass shooters don't need 100-round magazines to commit atrocity – the shooters at Virginia Tech and Columbine used 10-round magazines, they just brought a lot of them (17 and 13 respectively). James Alan Fox states mass shooters often meticulously plan their attacks in advance; a high capacity magazine ban will not deter them as Virginia Tech and Columbine illustrate. 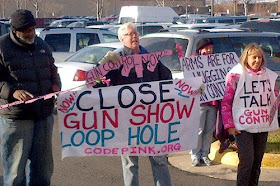 Several people, including President Obama have stated that 40% of guns were bought via "gun show loopholes." This is not true. For one, the term "gun show loophole" implies that people are deviously getting around something when in actuality; it is just selling personal private property and is not illegal or nefarious. Additionally, private sales may not actually occur at a gun show at all. More important than loose terminology is that this claim is based on a study from 1994 of 251 people. The Washington Post evaluated this claim with the study's original authors and says the president distorted the truth. The actual range is 14%-22% with a plus or minus error margin of 6%. This means the final accurate range of this study is as low as 8%, but no more than 28%; neither figure is 40%. Further, it's implied that closing private sales would solve the issue of criminals obtaining guns; it doesn't. It fails to address illegal trafficking and straw man purchases. A Department of Justice study indicates that 78.8% of criminals get guns from friends or family (39.6%) or from the street/illegally (39.2%). To this point, the FBI states there are 1.2 million gang members in U.S. and that gangs illegally traffic guns as addition to narcotics.


4. Mass Shootings Are Not Increasing: 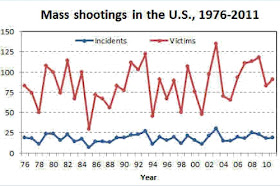 Former President Bill Clinton, Mother Jones and others have claimed that mass shootings are increasing. Once again not true. James Alan Fox's analysis of the Mother Jones' study indicates they left out mass murders which made it seem there was an increase after the Federal assault weapon ban expired (they've updated their story since). Some mass murders receive more media attention than others, however the number has been consistently about 20 annually since 1976. The number dead from these mass shootings fluctuates from about 25 to 150, depending on the year (Fox's chart is shown above). In 2012, it was less than 100. Though tragic, this represents a fraction of 1% of homicides. In recent years, homicides by raw number peaked in 1991 at 24,700; it's dropped in half since, and the homicide rate per 100,000 people today is less than it was even in 1900 (see below). 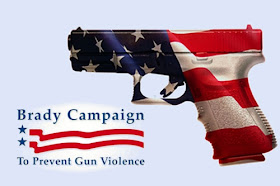 After a mass murder shooting anti-gun organizations like the Brady campaign inevitably call for gun restrictions; these organizations also cite gun violence data other than crime data to include suicides and injuries. This is misleading. Although accidents and suicide are public health concerns, it is disingenuous to include them with homicide in response to a horrific crime. According to the Center for Disease Control (CDC), suicide rates have crept up slightly 2000-2009, but are still lower than the rate per 100,000 from 1950-1990. It's not accurate to say guns contribute to suicide causal factors since the rate is lower now. And ultimately, legislation aimed to prevent crime by banning weapons and limiting magazine capacity has no reasonable connection to either suicide or accidents. We ought to compare apples to apples: suicide with suicide prevention, accidents with safety programs, and homicide with policy that would realistically reduce homicide.


6. Too Many Are Being Killed: 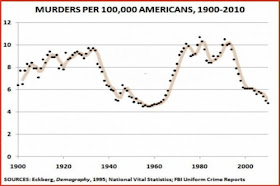 This statement is political gaming and wordplay. How many dead would be okay? Who wouldn't want less murder? Ideally, zero would be the goal, but that begs the question of how to prevent any tendency of violence in humans. This phrase is not only meaningless in terms of contributing to policy that achieves a positive end result, but also dangerous in that the appeal to emotion runs the risk of circumventing genuine solution in favor of sound byte. It makes sense to try to achieve goals with policies other than those proven to be ineffective, as the previous Federal assault weapons ban was. Lastly, homicides are at an all time low. 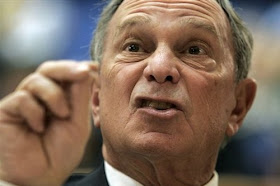 Famous anti-gun rights advocate New York City Mayor Michael Bloomberg said, "I want the Congress to have to stand up and say 'I'm with the NRA and support killing our children', or 'No'" (Time magazine, January 28, 2013, p.30). On CNN's Piers Morgan, Congressman Jerry Nadler (D-N.Y.) said, "the NRA is enablers of mass murder." This overly simplistic incendiary rhetoric does nothing to further our national discussion, and falsely frames the debate as a zero-sum, winner-take-all, 'either/or' proposition – either you hug a gun or hug a kid, but you couldn't possibly be for both gun rights and your child's safety. That is preposterous. The NRA is not "the gun industry," and preservation of the Second Amendment is not of interest only to gun manufacturers. Nearly half of NRA funding comes from individual donors. The NRA is comprised of average people who want safe neighborhoods, schools, and streets. Rather than offer ridiculous false dichotomy and grandstanding, we should be looking for genuine solutions.

This is the granddaddy lie. We already have a lot of laws. It's illegal to kill your mom, steal a gun, take that gun onto school property, forcibly break and enter, and murder kids. We already have laws preventing mentally ill & felons from obtaining guns, and we have a background check system (NICS). The Sandy Hook shooter was denied to legally purchase a gun because of the NICS system. We tried a federal assault weapons ban (AWB) before. What we do need is better enforcement of existing laws. Congress has not fully funded NICS. Many states do not fully report felony and mental health data to NICS. The Justice Department only prosecutes a fraction of those who criminally falsify background check forms. We desperately need to engage in genuine discussion about real solutions to the violence problem. These solutions are not likely to yield instantaneous results, or win the next election cycle; yet it is what we would do if we were serious about addressing the issue. The underlying causes include: gang activity, which accounts for 48-90% of violent crime depending on jurisdiction; drug abuse, the single biggest predictor of violence with-or-without mental illness; concentrated urban population and poverty; and mental illness, including de-institutionalization, treatment and intervention, and other facets of mental health.