Why is Chuck Hagel SECDEF? I saw bits and pieces of this while I was at work.  This was mentioned on Old NFO's Blog, BRM and Murphy's law and many others, the cuts are designed to bring us down to the 1940 level of the service.  They are cutting manpower and benefits to the military.  They are making military service very unattractive to the American people and raising doubts on the viability of the modern volunteer force.  if there were going to return the savings back to the treasury, I can almost accept it, but it will be used to buy more votes from the electorate thereby guaranteeing the democrats a majority in congress and the presidency keeping them in power.  Remember to a democrat, loyalty to party is paramount, all other considerations are secondary.  I keep wondering if this is part of Obama's plan to "lessen" the United States, remember he was raised to view us as "imperialist" and that we caused all the worlds problems. Back to my original question...Why is Chuck Hagel SecDef?    Was he vetted by congress or did the squishy RINO's roll over for Obama? 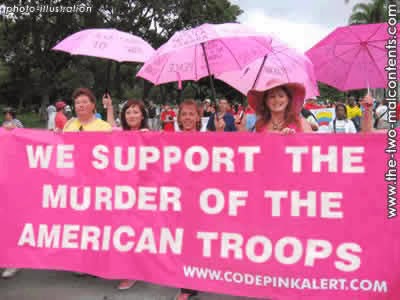 WHO IS PLOUGHSHARES FUND? (They are a friend of Code Pink and many other leftist groups.)(http://www.discoverthenetworks.org/groupProfile.asp?grpid=7156)

Similarly, in 2011 Ploughshares gave the Center for American Progress (CAP) at least $150,000 “to hire two researchers for an expanded initiative on Iran aimed at countering support for military action.” In October 2011, CAP policy analyst Matthew Duss produced a report that praised the Obama Administration for pursuing a diplomatic approach to Iran’s nuclear program. Moreover, CAP's blog, Think Progress, regularly condemned what it characterized as neoconservative war mongering against Iran.

In November 2011, Ploughshares gave $25,000 to J Street “to support congressional advocacy and education against the use of a military resolution to the impasse over Iran’s nuclear program.” Two months later, J Street released a web video and policy campaign that counseled against the use of military force against Iran.
The Ploughshares Fund is supported by annual contributions from approximately 2,000 individuals and a small number of foundations. Among its benefactors are the Carnegie Corporation of New York, the Compton Foundation, the Ford Foundation, the John D. and Catherine T. MacArthur Foundation, the Minneapolis Foundation, George Soros’s Open Society Institute, the Prospect Hill Foundation, the Rockefeller Brothers Fund, the Rockefeller Foundation, the Scherman Foundation, the Turner Foundation, and the William and Flora Hewlett Foundation.
To view a list of additional noteworthy supporters of the Ploughshares Fund, click here.
Since 2008, the president of the Ploughshares Fund has been Joseph Cirincione, author of the 2007 book Bomb Scare: The History and Future of Nuclear Weapons and a former senior vice president at the Center for American Progress. A vocal opponent of the Iraq War, Cirincione in 2004 co-authored a paper that not only dismissed the Bush Administration’s case for war as “dubious,” but also asserted that the United States had violated international law by attacking Iraq. In 2007 Cirincione charged, falsely, that Bush Administration officials had “repeatedly misled the press” and manipulated intelligence reports in order to justify the U.S. invasion—an allegation that was echoed by Democratic politicians. That same year, Cirincione angrily rejected news reports claiming that Syria was building a nuclear reactor with assistance from North Korea. By Cirincione's reckoning, such stories were nothing more than propaganda disseminated by the U.S. and Israel. (Intelligence officials later produced video evidence definitively establishing the Syrian-North Korean collaboration.) In 2008 Cirincione served as an advisor on nuclear policy to presidential candidate Barack Obama.
The executive director of the Ploughshares Fund is Naila Bolus, who also serves as co-chair of the Peace and Security Funders Group. Bolus is a former co-director of the environmentalist and anti-war group 20/20 Vision, and she co-founded the Women Legislators' Lobby, whose goal is to “persuade Congress to redirect excessive military spending toward unmet human and environmental needs.”
Notable advisors to the Ploughshares Fund include Hal Harvey, president and CEO of the ClimateWorks Foundation; Steven Kirsch, chairman of the Steven and Michele Kirsch Foundation; and Lawrence J. Korb, senior fellow with the Center for American Progress. Key members of the Ploughshares board of directors include the film actor Michael Douglas (a member since 2004) and former U.S. Senator Chuck Hagel. Posted by MrGarabaldi at 8:46 AM

Email ThisBlogThis!Share to TwitterShare to FacebookShare to Pinterest
Labels: BOHICA, far left wacko's, We are screwed