Latest Colorado shooting and the opportunistic weasels of the Left 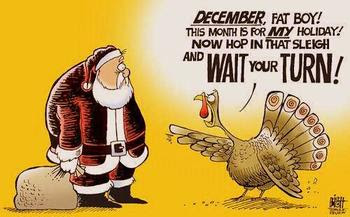 Before I go on  bit of a rant...Just a bit mind you, I hope everyone's Thanksgiving went well and we got stuffed like a turkey with our favorite food, watched the Cowboys go down in flames on Thursday night TV and spent time with our families and friends.   I have been busy with house improvements, the spousal unit wants to buy another house in the same school district so the crumb-snatcher can stay in the good school district. whereas I on the other hand want to move out of state.  I love Georgia, but we are getting a lot of people from the north and that ain't soo bad except they haven't figured the cause and effect thingie yet.  They move away from the north because of the poor schools, poor infrastructure, poor job opportunities and they bring the same attitudes and beliefs that caused where they came from to be a poor schools, poor infrastructure, poor job opportunities shithole.  I believe that Georgia will go blue in 10 to 15 years on account of the migration and us "locals" will be outvoted.  I don't want to be Like the Clint Eastwood Character in " Gran Torino" 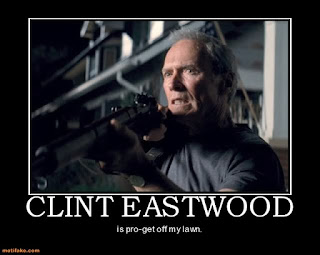 A couple of days ago, we had this jerk do a shooting near the planned parenthood offices in the peoples republic of Colorado and the usual politicians immediately spouted the tired rhetoric of "gun control". 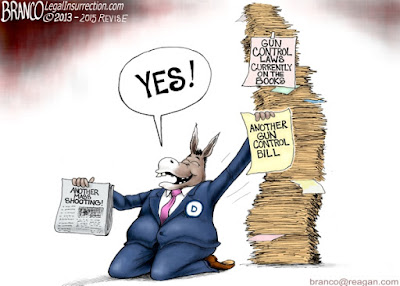 We have "Dear" Leader" the best Gun and Ammo salesman on the planet immediately double down on the failed policies and threatening to do more executive actions to restrict guns from people they consider "radicals"  which happen to include everyone from the gun community, veterans and other conservative groups whereas the islamic terrorist, Workplace Violence proponents, victims of Climate Change are given a free pass because they have been disenfranchised.  If the elitist try to push through another gun control bill, they will get their butts handed to them in the polls, and if they try to ban them, the acts of civil disobedience will far eclipse the people in the northeast corridor whom refused to register their EBR* with the state in New York and Connecticut like their betters want them to because they are considered "wage slaves" who sole purpose is to serve the state and have half of their productivity seized to be distributed by the state reflecting the desires and wished of their betters whom know what is best for the unwashed masses. 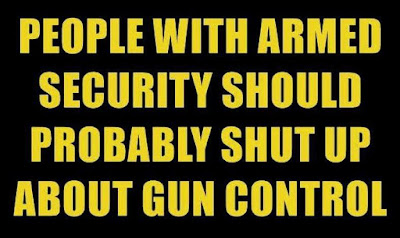 *Evil Black Rifles A.K.A. The AR15 series of rifles and any other firearm that scares the crap out of the liberals.
According to The Gazette based out of Colorado Springs, the earliest reports from police stated that there was no connection to Planned Parenthood.

Other news sources also confirmed this as they amended earlier statements that said there was an active shooter “at a Planned Parenthood clinic.”

Police later began an investigation into the events to determine the motives of the shooter, Robert Lewis Dear. He was arrested after surrendering at 4:52 p.m. outside Planned Parenthood. Two civilians and one police officer were killed.
The facts in this situation do not lie. This shooter’s rampage began on the street outside an eye care center, not Planned Parenthood. The rampage was not specifically targeted at Planned Parenthood as part of the GOP’s opposition to funding of the organization.
One could just as easily reach the conclusion this man had it out for eye doctors, since that’s where the shooting originated. At such early stages in the investigation of such a tragedy, speculation has no place in the arena. Facts must be the only voice heard in the crowd as police try to make sense of the insanity.
But, in typical fashion, the liberal media is jumping to conclusions anyway, priming the America public with preformed opinions with little basis in actual fact. With flashy type font on their television ticker tapes and wordplay designed to incite near panic, they are drawing partisan lines in the sand to further divide America.
H/T Young Conservatives

USA – -(Ammoland.com)- True to form, and consistent with Rahm Emanuel’s advocacy to never let a serious crisis go to waste, citizen  disarmament swindlers and other totalitarian lobby shills have taken to social and “regular” media to lay blame for Friday’s Colorado Planned Parenthood murders on groups that stand in the way of their goals. Those include gun owners, right to life activists, Republicans, Christians, white males, and others “progressives” view as impediments and threats to their objective of total control.
That’s typical collectivist thinking. Blame a group you want to marginalize and demonize for the actions of a misfit aberration, and draw fraudulent generalized conclusions from which to infringe on rights and increase the state’s control.
Consistent with that, early news accounts related that Barack Obama had been briefed on the incident while it was an in-progress standoff.  And consistent with those wishing to “fundamentally transform” the Republic, the talking point that Constitutionalists — accused by those who hate what they stand for of being “home grown terrorists” — pose a greater danger than Islamic State jihadists is being mirrored and parroted.
At this writing, little is known about the suspected killer [see update, below] except his name, which will not be mentioned here, his age and that he came from North Carolina (and that he may be a peeping tom/cruel to animals). Despite that, presumptions are being made and conclusions are being drawn and spread by those who view the slaughter of others as opportunities to advance their agenda. About the only fair inference to be made at this time is that on top of everything else, the killer must be a wretched coward, willing to murder, but when his time came to face immediate, certain death, he chose life, surrendering to police who showed him more mercy than he showed his victims.
But say the “worst fear” is realized, that the murderer turns out to be a self-professed NRA-supporting Christian “conservative.”  His actions belie and deny everything each of those “labels” stands for. They show he grasps nothing about principles professed by those groups, and they do nothing to transfer his sole guilt to anyone else.
Predictably, the enthusiastic blood dancing and knee-jerk demands for more “gun control” have commenced with eye-rolling feeding frenzy fervor, along with no shortage of hate-filled tirades against “ammosexuals.”  And naturally, the political temptation will exist to “do something.”  Here’s what to keep in mind:
Nothing will be enough.  Nothing would have had a chance to stop or minimize these killings except armed citizens on the scene. Even if the goal of total citizen disarmament were enacted, which is what the goal is, that would depend on everyone obeying such edicts, and on government officials and functionaries benevolent and wise enough not to abuse absolute power.
Now, as always, advocates for the right of the people to keep and bear arms must hold fast, not waver, and not listen to the phony siren call of “compromise.” That’s not possible with those who will greedily take what they have no moral claim to, one piece at a time, but who won’t be satisfied until they have it all.