Monday Music "That is Rock and Roll" by Shawn Cassidy

I know....I know....Today is Tuesday.....and Monday Music is on Monday.....It is Life or in my case, Life and Overtime.   I was too busy to load Monday Music on Monday.  I should have loaded it on the scheduler thingie on Sunday when I had a bit of time but I like sleeping more I guess..
I remember this song in the mid 70's, It was one of Many songs that I had on my personal music player.. 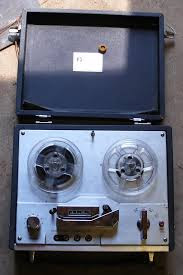 Look's like that.....Google is a good thing...I wish I still had it...but it got lost in the mist of time.
I would record many songs and I would play a radio DJ as I spun the hits...Funny thing kids do I guess, but it did sound strange the first time I heard my voice over a recorder....gave me chills.  I would have the mic setting next to the speaker of the stereo in my room and when I heard a song that I like, I would click the "record" button and when the song was finished, I would turn down the radio and dub my voice announcing the song and the artist then I would stop recording, stop the player after a couple of seconds so I would get the "pause" between each song...I quickly learned that it isn't cool to run songs against each other.   Well the world of radio was saved because I never followed up on the thought:)

Shaun Cassidy is the first solo album from Shaun Cassidy. The eponymous album was first released in 1976 in Europe and Australia, where he had top-ten hits with "Morning Girl" and "That's Rock 'n' Roll". It was not until the release of a cover version of The Crystals' song, "Da Doo Ron Ron", that Cassidy's international success carried over into the United States. The single became a number-one Billboard hit for Cassidy and launched his career as a pop musician and teen idol in the U.S.
"That's Rock 'n' Roll" was written by Eric Carmen. It was the follow-up single to "Da Doo Ron Ron" in the U.S. and peaked at number three. 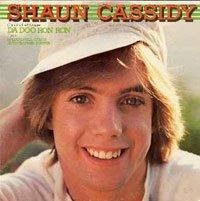 "That's Rock 'n' Roll" was covered in 1977 by Shaun Cassidy on his first solo LP, Shaun Cassidy. It was his second of three consecutive Top 10 hits.
"That's Rock 'n' Roll" peaked at number three on the U.S. Billboard Hot 100. It was his longest-charting hit, and spent three weeks longer in the Top 40 than did his number one hit, "Da Doo Ron Ron", with a total of six months on the chart. This song became a gold record, as did all of Cassidy's first three single releases.
"That's Rock and Roll" was the first of two major hits written by Carmen and covered by Cassidy, the second being "Hey Deanie". Both songs charted concurrently with Carmen's own hit, "She Did It" from the fall of 1977.
On the Canadian chart, "That's Rock 'n' Roll" reached number one for one week, displacing the 'Star Wars Theme' to take its turn at number one. It was Cassidy's second Canadian number-one hit. It was also Eric Carmen's second composition to reach the top spot, having reached number one a year earlier with a song he performed himself, "Never Gonna Fall in Love Again."

I have no information on the music video....I consider myself lucky to find the clip on "Youtube"

Posted by MrGarabaldi at 9:56 AM