I was on the way to work and I was listening to my Sirius/XM on the 80's channel and they were playing the top 40 songs from 1987 on it and this song was number 5 for this week back in 1987.  I remember this song. I bought the album on LP when I had returned to the states on leave before I started my 2nd tour in Germany.  I considered the "Tunnel of Love" album almost as good as his "Born in the U.S.A." album.  I would play the songs from this album on a cassette mix that I made with some other songs for my car and barracks room.  I would later buy the CD when I got my first CD player , it was a "Marantz" single tray and it was a big step up in quality for the music vs LP and cassette.  I wouldn't get a CD player for my car until I bought my 2001 Sport Trac back in 2001.  But back to the Music, even now I would hear this song and it would take me back to my time in Germany in 1988 and driving near Echterdingen and Esslingen.  It still was during the cold war and speaking of that I am reading a book I downloaded on my tablet called "Red Storm Rising" by Tom Clancy.  I have read this book many times and it still is a good read and it still gives me a bit of a chill because I remember the times back in the 80's when I patrolled the 1 K zone between East and West Germany.  Scary but I never felt more alive.....funny how that works out. 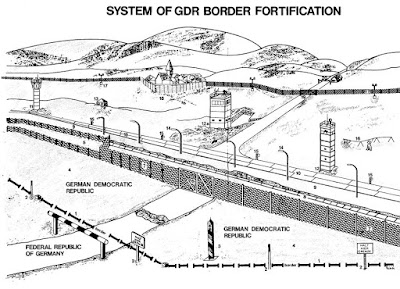 "Brilliant Disguise" is a song by Bruce Springsteen from his 1987 album Tunnel of Love. It was released as the first single from the album, reaching the #5 position on the Billboard Hot 100 chart and #1 on the Mainstream Rock Tracks chart in the United States. The follow-up single, "Tunnel of Love", also reached #1 on the Mainstream Rock Tracks chart, giving Springsteen two consecutive #1's. The single had less commercial success in other countries. 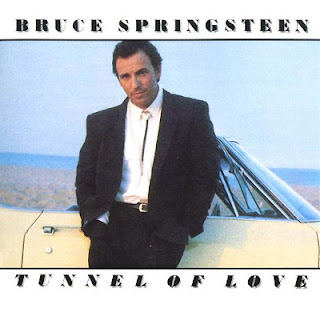 Like much of the Tunnel of Love album, "Brilliant Disguise" was recorded in Springsteen's home studio, called Thrill Hill East, between January and May 1987 with several members of the E Street Band. On this song, Springsteen played several instruments and is backed by Roy Bittan on keyboards, Danny Federici on organ and Max Weinberg on drums.
The lyrics of "Brilliant Disguise" represent a confession of self-doubt on the part of the singer. The emotions expressed in the song include confusion, jealousy and anxiety about whether the singer's wife has become a stranger to him. The song deals with the masks people wear and the bitterness that can ensue when we realize the darkness that may lie behind those masks. The analogies to Springsteen's personal life at the time are evident: he had recently married then-model and actress Julianne Phillips, and the two would divorce in 1988. The references to marital problems are quite direct, as in the lyrics, "We stood at the alter [sic]/the gypsy swore our future was bright/but come the wee wee hours/Well maybe baby the gypsy lied."
The song's quiet power builds slowly. The sound is scaled back from the typical E Street Band sound. The singer struggles to do things right, but it doesn't help. He can't trust either himself or his wife. Both he and his wife continue to play their roles - he of a "faithful man", she of a "loving woman", but the singer is nonetheless wracked with self-doubt. A key line towards the end of the song:
"I wanna know if it's you I don't trust/Because I damn sure don't trust myself."
sums up the emotions that resonate throughout the song, and indeed the entire second side of the Tunnel of Love album.
Springsteen himself wrote about the song "after '85 I'd had enough and turned inward to write about men, women and love, things that have previously been on the periphery of my work."
The song was later released on the compilation album The Essential Bruce Springsteen.
"Brilliant Disguise" has been ranked as the #1192 best song of all time, as well as the #27 song of 1987 and the #214 song of the 1980s, in an aggregation of critics' lists at acclaimedmusic.net The song has also been listed as one of the all time great songs in Toby Creswell's "1001 songs" and as one of the 7500 most important songs from 1944 through 2000 by Bruce Pollock.It was also ranked as the #6 single of 1987 by the Village Voice and the #51 single of 1987 by the New Musical Express.
The photograph on the original release picture sleeve was taken by Springsteen's sister Pamela Springsteen.
Like several other music videos from the Tunnel of Love album, including "Tunnel of Love", "One Step Up" and "Tougher Than the Rest", the video for "Brilliant Disguise" was directed by Meiert Avis.
The video of the song, shot in black and white, effectively reflects its emotions. The singer sits uncomfortably on the edge of a chair. He plays his guitar as he sings the lyrics about what it means to try to trust someone looking straight into the camera, never flinching. This very personal performance can make it difficult to watch, but it effectively reflects the themes of the song.
The video was later released on the VHS and DVD Video Anthology / 1978-88
Posted by MrGarabaldi at 9:00 PM