Today is what I call the only holiday for me and my kind....you know the ones that have served...those that were willing to surrender our today's and tomorrows if necessary to serve our country.  Those that have walked the ramparts to keep the darkness away from the kinder gentler people.. We who walk the walk to make sure that our country will have a tomorrow and a day after.  We who have made the decision since the first caveman picked up a spear to defend his family and his village from bad people so our kids can live a peaceful life.  I honor those like us....and to us and damn few of us left it seems. 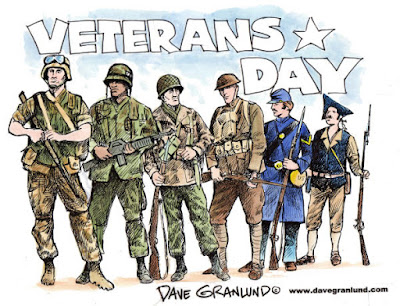 At work we had a veterans celebration, there was a cake.. 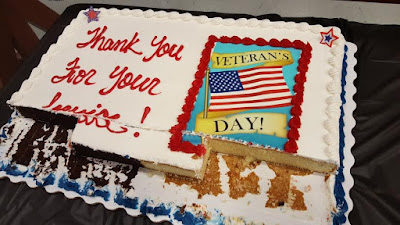 We Veterans were told that we could bring some memento's of our service and I thought real hard of what I could bring....and I finally grabbed a few things... 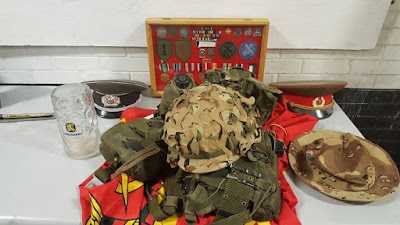 My Helmet, my LBE, a Soviet, and an East German Flag.  My floppy hat, a East German hat and a Soviet Hat, my shadowbox and a beer stein that I "liberated" from the Octoberfest tent in Munich in 1986.
I felt weird though....I never really showed my medals and other stuff to other people..I can count the number of people on one hand that have seen the stuff that I displayed...I never talked about what I did in the service...I have good stories, all vets do....but I never really talked about what I DID, what I saw, what I experienced.  It felt very disconcerting though...Like I violated a veil of silence that my regiment has instilled in us since we got the emblem of the Spinx on that field a long time ago.  I felt like I was a braggart....That is something that I don't do and that made me uncomfortable. 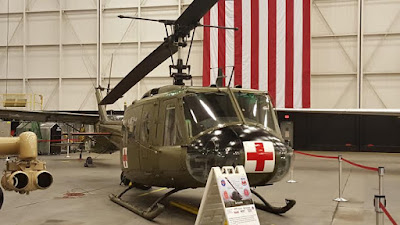 We also had some aircraft there...we had every GI's favorite helicopter...The Huey "Dustoff" helicopter...to a G.I in harms way...nothing screams "America" like the "whop, whop, whop" of a Huey. 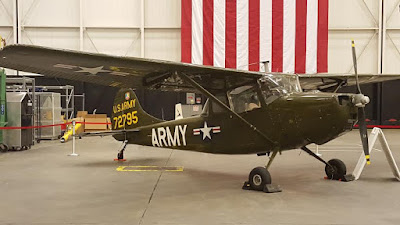 And of course the A1S Cobra.. 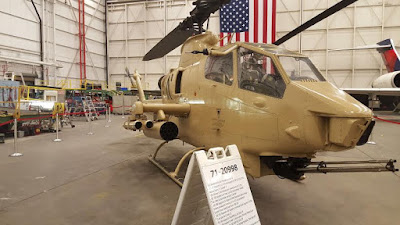 I was reading the stats on this Cobra.....We shared the same sky as it was....I probably saw this cobra in my time in Germany...I have to rustle through my pics...I took pictures of cobra's doing their thing while I was on maneuvers in Germany...I might get lucky and actually have this one in my pictures.   People rave on the Apache but I preferred the Cobra...the original bad ass helicopter. 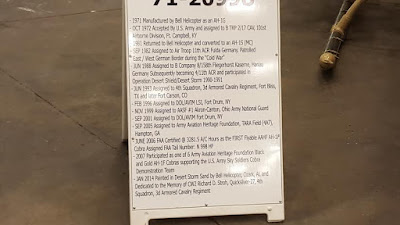 Again to all Veterans.....both here and those that have passed one....We honor them
Posted by MrGarabaldi at 9:56 AM