I was going to do a historical post, I had one in mind but the events in the past day bumped the Historical post.
For Starters we have the Russian Ambassador in Turkey killed by a security policeman in a terrorist incident.. 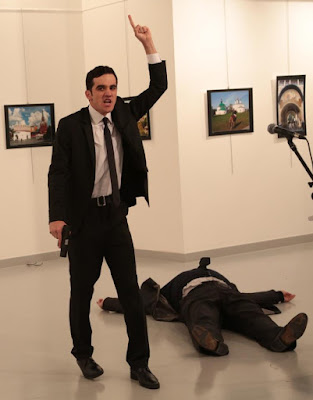 Now unless I miss my guess, normally wacking an ambassador is what is called "Casus Belli",  After the metrosexual in  the White House accused Russia of stealing the election from the "annointed one"  Hillary and made other accusations of the same, they forgot that Wikileaks said that the leaks didn't come from the Russians but from a staffer that was pissed about how Bernie got railroaded and the corruption of the Clinton Foundation, but lets push the Narrative.  But I digress, we have the Ambassador get wacked and it was a terrorst attack with the familiar... 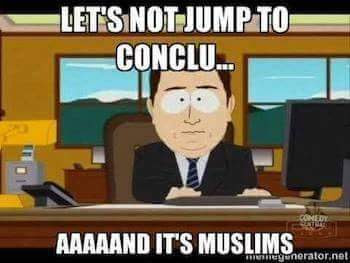 If I was in the middle East, I would be very concerned, Also if I was in N.A.T.O I also would be concerned, Turkey is in N.A.T.O and the Europeans have cut their defense budget at the end of the cold war to keep the free stuff coming to their populace and the military is pretty small right now....and the biggest ally they have is across the Atlantic and their ally is politically divided and the American Military is weakened after 2 wars, social engineering and 8 years of Obama's policies.   I would be very concerned.


We also had a wait for it........Muslim take a Tractor trailer full of steel beams and runs over people at a Kriskindlemart(Christmasmarket) in Berlin, 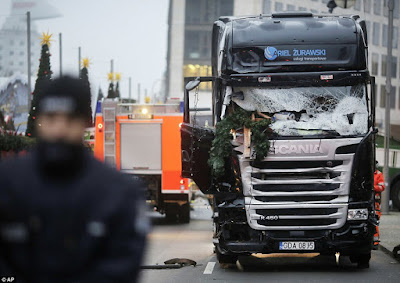 This bothers me on several levels, when I was stationed in Germany, in Christmas I would go to the ChrisKindleMart and drink a bit of "Gluwine" and look at the scenery and absorb the local meaning of Christmas.  So that bothers me and also I was attached to Field Station Berlin and spent some time in that city, granted it was back when it was a divided city but my feelings for Berlin remain strong.  Also the fact that it was against civilians and most likely a muslim that did it.  Germany has taken in hundred of thousands of "refugees" and they have been committing crimes against the local people.  I have seen quite a few youtube video's that the Germans post telling of their run-ins with the "auslanders" and the crime and that the state supports the refugees over the locals.  the locals are very pissed and Angela Merkel the German chancellor is being blamed for this.  She has brought in all these people that would not assimilate into German culture, they view their own belief system as superior to the wishy washy Europeans.
And finally we had the Chinese seize an American drone on the high seas and the muted response has perplexed and concerned our allies in the Pacific.  It looks like Obama has already checked out of the international arena.  It looks like the Chinese are getting frisky again.
Posted by MrGarabaldi at 9:48 AM