Before I get started with my "Monday Music", I have to pass on Birthday Wished to Old NFO, this is the guy that got me started blogging about 5 years ago...so blame him.  Old NFO besides being a real nice guy and a class act, has been around a while...This was the guy that had the tiller when Admiral Farragut stated "Damm the Torpedo's full speed ahead" and his flagship the USS Hartford as they sailed past the Confederate Batteries protecting Mobile Bay during the American Civil War. 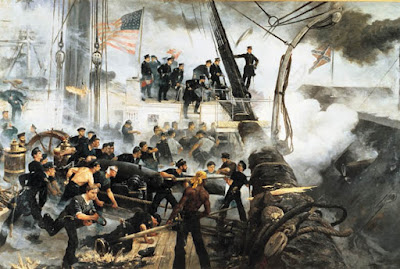 You can see Old NFO on the Tiller during the battle.

This Gentleman was by no means ready to hang it up, he continued to serve, He was with Admiral Dewey in the Battle of Manila bay in 1898 when Admiral Dewey broke the Spanish fleet at Manila with superior gunnery and ships. 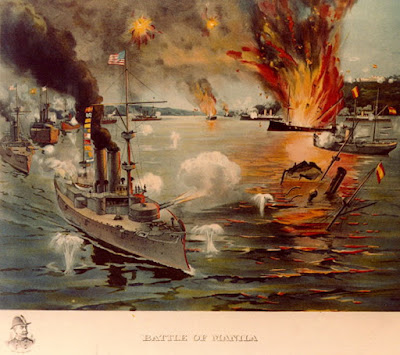 As I understand it, he was on the bridge with Admiral Dewey during this battle.

Not content to just sail, he started working with the new arm of the fleet, the air arm.  Old NFO became an accomplished aviator....I had to look for his first plane 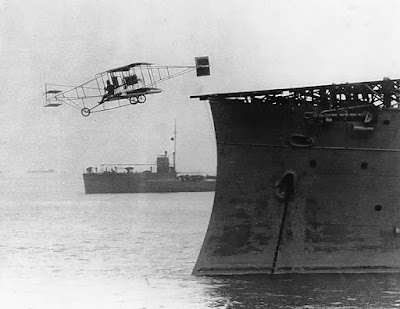 Here is Old NFO earning his wings for the first time...
After many years and many airplanes and many adventures Old NFO finally retired and became an author where he writes several kinds of books and they are an awesome read.  Please go to his website Here and check out what he has written and visit his spot on the web.  I know the article above is a mild exaggeration but the man is really larger than life and a class act and I sincerely wish him a "Happy Birthday." 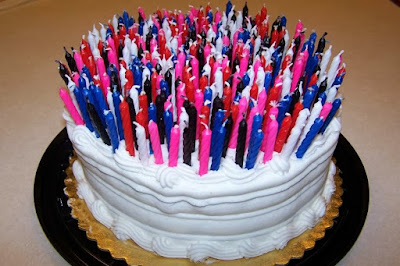 I am going with a "2fer" with today's "Monday Music,  The reason for this is that both songs are interrelated.  "Beth" started as the "B" side of the song "Detroit Rock City".  I knew who KISS was in the mid to late 70's, everyone knew who KISS was back then.  I didn't join the craze because they defined the "craze" down to the "KISS Army" that was prevalent at the time.  I was part of the "counter culture" if there was a craze, I was against it.  It is who I was and to a certain extent still am.   Now to the song, I never really heard of the song "Detroit Rock City" until my roommate at North Georgia would set up a boombox with a Christmas light timer to start playing the song he had loaded into the cassette deck... 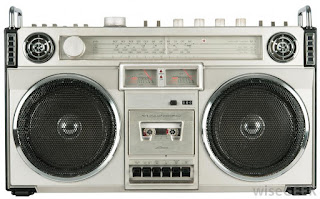 Looked like one of these....well anyway this song would come slowly blasting with the gradually increasing base, drumline and volume was a good way to get out of bed in the "barracks" as it were.  It is a good memory as it were.  Well later KISS went "unmasked" and it was a different sound and look, they had to reinvent themselves to keep up with the new metal that was coming out in the 80's.  I saw KISS and a bunch of other groups at a "Monster's of Rock" concert in Germany, and KISS blew all the other bands away on pure energy.  It was an awesome show.  I think better of the band KISS than I used to, I guess it is the nostalgia or something.


"Detroit Rock City" is a song by the American hard rock group Kiss featured on their 1976 album, Destroyer. The song was written by Paul Stanley and Bob Ezrin and is about a real Kiss fan who was killed in a car accident on his way to a Kiss concert. 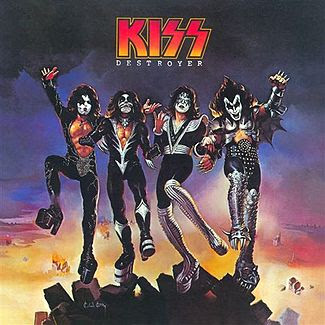 The song, recorded and released as a single in 1976, was the third single from Kiss's album Destroyer and was planned to be their last in support of the album. As a single, it did poorly in sales and radio play (other than in Detroit), and failed to chart in the U.S. even though it would prove to be a fan favorite. It came as a surprise that the B-side "Beth", a ballad written and sung by drummer Peter Criss, wound up catching on in different markets in the United States, so the single was reissued with "Beth" as the A-side and "Detroit Rock City" as the B-side.
On the Destroyer album, the song segues into "King of the Night Time World", via the sounds of a car crash. The songs were played together on the Destroyer tour.
During the Love Gun/Alive II tour, Stanley changed the lyric, "I know I'm gonna die, why?" to "I know I'm gonna die, and I don't care!" The song was #6 on VH1's 40 Greatest Metal Songs and is featured on the album Heavy Metal – The First 20 Years. "Detroit Rock City" was based on an earlier song that Kiss performed only in concert called "Acrobat".


"Beth" is a ballad by Kiss, originally released on their 1976 album, Destroyer. To date, it is their highest-charting single in the US, reaching #7 on Billboard's Hot 100 chart. It is one of only two gold selling singles for the band (the other being 1979's "I Was Made for Lovin' You"), and their first of two Top Ten singles (along with 1990's "Forever", #8) in the US. Beth was named #3 in VH1's 25 Greatest Power Ballads 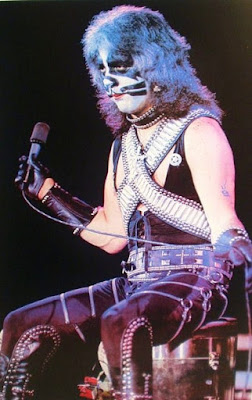 Kiss' drummer Peter Criss sings the song, which was co-written by Criss and guitarist Stan Penridge. The song was written before Criss had joined the band, while he and Penridge were members of Chelsea. A bootleg exists of the song from 1971, but the song was sung "Beck, what can I do?" "Beck" was the nickname of fellow Chelsea member Mike Brand's wife, Becky, who would call often during practices to ask Mike when he was coming home. In an article for Rolling Stone, Paul Stanley questioned Criss' role in co-writing the song, saying, "Peter had nothing to do with it." Changing the song's title to "Beth" for Kiss's recording has been credited to both Bob Ezrin and Gene Simmons , but Lydia Criss (who was married to Peter Criss throughout the 1970s) says that she alone is responsible for the name change. 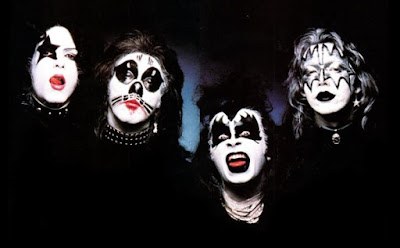 The song was a last-minute addition to the Destroyer album. According to Bill Aucoin, the manager of Kiss at that time, Simmons and Stanley did not want "Beth" on the album because it was not a typical Kiss song. Aucoin insisted on keeping the song on the record. During the recording sessions for the song, Criss was the only Kiss member in the studio, making it the only Kiss song that features no instrumental performances by any member of the band. Criss is backed by a piano and a string orchestra, a stark departure from the band's usual hard rock-oriented sound. 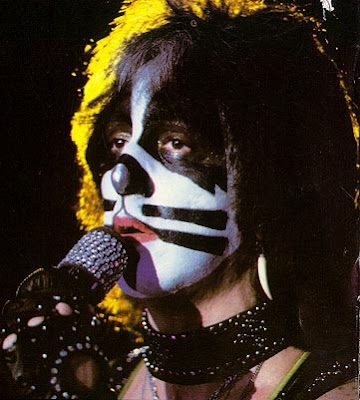 When released as a single, "Beth" was initially the B-side of "Detroit Rock City". Some of the initial credit for the flip-hit goes to Rosalie Trombley, at the time the music director at "The Big 8" CKLW in Windsor, Ontario. Trombley's daughter had a copy of the 45 and was hooked on "Beth", and began nagging her mother about it. "Beth" wasn't being promoted as the "A" side, but Trombley added it to CKLW's playlist. After "Beth" became a smash, Kiss presented Trombley's daughter with a gold record. Kiss and Casablanca Records reissued "Beth" as an A-side with "Detroit Rock City" as the B-side, and it was far more successful. The single went gold in the US (the first Kiss single to do so) on January 5, 1977 and in Canada on December 1, 1976.

"Beth" is also credited as invigorating sluggish sales of the Destroyer album, which many fans initially saw as a misstep. In 1977, Kiss received a People's Choice Award for "Beth", one of the few industry awards the band ever won.

Live, "Beth" was performed by Criss alone on stage backed by a tape of the instrumental track. The acoustic version featured on Kiss Unplugged is the only recording with members of Kiss solely backing up Criss. The version of "Beth" featured on the group's 2003 Kiss Symphony: Alive IV DVD and subsequent album (less Ace Frehley) would be the only time the song was performed live with an ensemble. In 2010, the song was performed live for the first time with Eric Singer on acoustic guitars during their Sonic Boom Over Europe Tour and again on their The Hottest Show on Earth Tour in 2011. It has since been again removed from setlists, but the band occasionally performs the song at meet and greet sessions.

Posted by MrGarabaldi at 8:02 AM